Round Goby: a potential UK Arrival?

Invasive species of all denominations are rarely out of the news in scientific circles. And a hot topic of conversation among anglers.

A round goby in the hand

Economic damage to the British economy has been estimated by DEFRA, Welsh and Scottish governments at £1.7 billion. Globally, according to the GB Non-Native Species Secretariat, (GBNNSS):

Ships ballast water is one way for species to be transported around the globe. It is likely the mitten crab reached the UK by this route. It's believed that this also how the round goby found its way into the North American Great Lakes from its natural range of the waters of the Black and Caspian Sea area. In a decade of so, it spread through half of the Great Lakes and invaded adjoining inland waters with populations as high as 100 fish per square metre.

The round goby prefers waters with rocky and sandy bottoms. The they feed aggressively on insects and other small organisms including zebra and quagga mussels plus small fish. Fish eggs are also make up a significant proportion if their diet. Their aggressive eating habits and ability to spawn several times per season have helped them to multiply and spread quickly.

They successful compete with and prey on various native bottom dwelling fish such as mottled sculpin and logperch and threaten several species which are at high risk such as the northern madtom and the eastern seas darter. Researchers also believe that the round goby is linked to outbreaks of botulism in fish and bird in the region. To help prevent further spread, the Ontario government has banned the possession and use of round gobies as livebait. 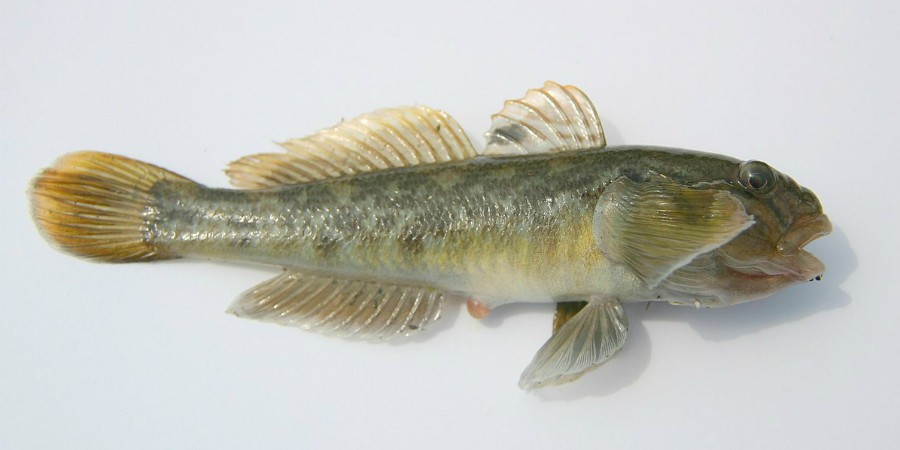 Closer to home, three other related species, tubenose goby, bighead goby and monkey goby as well as the round goby have made their way from Eastern Europe to Holland. They have been able to do so because the Danube is connected to the Rhine via the Main-Danube canal opened in 1992. The Rhine is connected to the River Meuse via various canals and colonisation of the various Meuse tributaries was only a matter of time after that.

Just as in North America, the aggressive non-native gobies are outcompeting and threatening specie such a stone loach, bullhead, sculpins and even flounder. These fisheries are failing to meet the EU Habitats and Water Framework directive. Bullheads are particularly threatened and scientists are no longer advocating the removal of weirs that are barriers to fish migration in order to prevent further upstream migrations.

While the chances of the round goby or other new goby species arriving in Britain remain quite low, the GGNNSS have asked us to remind people of the threats the round goby poses in particular as well as the impacts of non-native invasive species more generally. You can find out more about the work of the GBNNSS on their website.