From Stanley Park to the Erewash Canal - Peter Henery explores a young man’s journey that he would never have imagined possible.

Messing about by the water

It all started on a summer’s day back in 2012 in Stanley Park, Liverpool. I was coaching a small group of local kids when we were disturbed by a group of girls messing about. There was one boy, Liam Murphy, in the middle. He was casting an apple across the lake attached to his carp rod. The girls seem to think it was funny. Quite frankly, we didn’t. Once challenged, Liam was most apologetic. He explained that he liked fishing but never really caught much. We told him that if he was interested in attending our fishing club in a local community project he would be welcome.

A few months went by and we saw no sign of Liam. Then, out of the blue came a call from one of the local schools I worked with asking me to pop in and chat about a young student who they were having some issues with. That young student was Liam. It was then that I took on the role of his youth worker, which meant I was to have regular contact and spend many hours fishing with him. 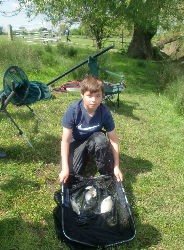 Fishing gave me the opportunity to engage with Liam in a completely comfortable environment. We spent many hours discussing school and I would tell him how important it was. He would tell me how much he hated it, but it was the opportunity to have time with Liam away from the social pressures of his school and home life. Now the magic thing about fishing is that the main principles are the same as the principles for a fulfilling life. Liam started to learn why things were important and he would compare each issue with a fishing principle. Liam began to realise that you need to focus, concentrate and follow rules to catch fish. To get a student to sit still in a lesson is difficult and sometimes impossible, but get a student to focus on a float in the water with the anticipation of catching a fish, they will sit for hours.

Time was moving on and Liam, who had started to settle down a bit, made the effort to join Prince Albert Angling, Society for which I am the Junior Development Officer. I worked with Liam at the weekends whilst running club junior events. Liam joined us on the coaching days and the matches. His Dad, quite a keen angler, was grateful as Liam was occupied at the weekend and no longer hanging around the streets. Liam developed angling skills quite quickly and started to win or frame in the odd match. This success resulted in a hunger for knowledge as he wanted to improve. Liam was researching methods, practicing and experimenting, because he had realised he was good at something and that was raising his confidence levels and self-esteem.

Liam became no stranger to winning and has won all the club’s junior trophies – some more than once, but he has always kept his feet on the ground. His character has developed over the years and he has turned into a very nice, self-confident young man. This confidence has helped him as a keen volunteer, helping me with coaching and in his words ‘giving something back’. He is very aware of the support he has had over the years and is using that knowledge to support others. He engages well and can communicate at all levels, making him a very effective future coach in the making. One of the great things is that he now fishes a lot with his dad and this is getting him away from the social pressures that young people are subjected to these days.

In the summers of 2016 and 2017, Liam has been a keen volunteer, helping on the canal taster days as part of the Lets Fish campaign run by Canal & River Trust. He enjoys not only the engagement of the various young people he meets, but the challenge of fishing a canal that was completely out of his comfort zone.

In 2017, Liam decided he would like to enter the National Junior Canal Championship along with his friend and fishing buddy, Jack. Prince Albert Angling Society were very happy to support them both and Liam and Jack set about practising and researching what they would need to do. Their aim was to finish in the top ten. As they live up north, in an area where the canals are silty and coloured, it was a bit of a shock for them to see the Erewash Canal for the first time, clear as tap water. 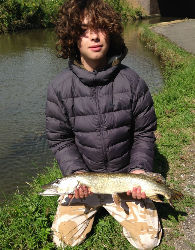 For the first time in years, I saw Liam was not at all confident and with head down, he was not sure he could achieve what he had set out to do. Together with another coach, who is a brilliant canal angler and works with my team in PAAS, we demonstrated some of the methods that would be needed. Liam and Jack practised and practised. We drove them up and down to the Erewash Canal for many weekends so they could get a feel for what they needed to do. It was this weekend that I noticed Liam was nervous and it was obvious this really mattered to him. Compared to Jack, Liam’s practice did not go that well.

The match morning arrived and we all drove down. I could see Liam and Jack were both nervous and apprehensive as they had never been to a competition this big. The venue was packed, as the same location was being used for the adult canal pairs final. There were adult faces such as Simon Mottram that they knew from magazines and YouTube. The nerves soon seemed to melt away.

Jack had a reasonably good draw and Liam drew an end peg. To top it off, he also had an empty peg next to him. Liam didn’t need telling what that meant and executed his plan almost perfectly with only the strong wind to hamper him. Young Billy Kirk had weighed in 1 kg 490 grams and Liam was the only angler still to weigh in. The crowd gathered, the cameraman jostled for position, the needle on the scales hovered. It was then that the new UK junior canal angling champion was announced as being Liam Murphy, with a weight of 1 kilo 620 grams. Jack finished a respectable seventh so mission accomplished; both finished in the top ten. 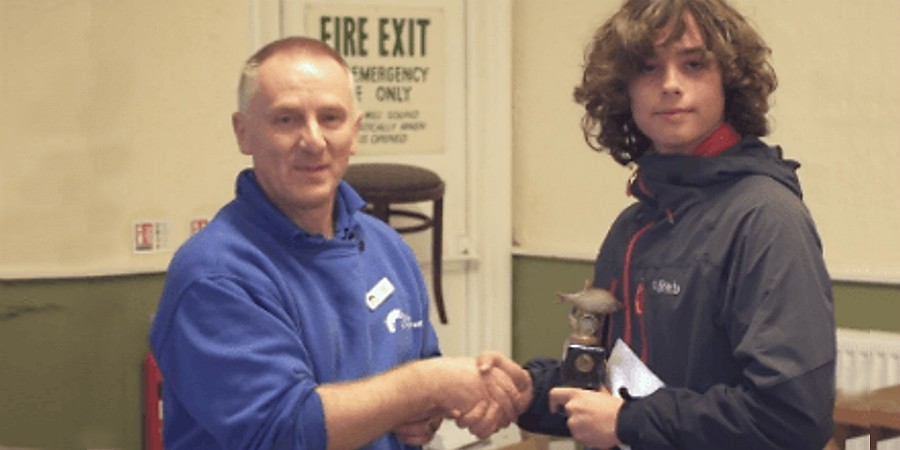 Since the match, the realisation of what Liam has achieved has sunk in. His passion for angling is even stronger as he reflects on the things angling has given to him. Confidence, focus, better conduct, great friends and good health, to name a few.

Liam is genuinely grateful for all the support he has received and hopes he can repay that support by supporting others in the future. At the end of 2017, Liam will celebrate his 17th birthday. He is very keen to start his coaching training and I am sure he will make a great coach for the future.

Catch up with Liam