Saprolegnia is a fungal-like organism that infects freshwater fish and their eggs. Infections appear as grey, brown or white fur-like growths on the skin, fins and gills of fish.

A scientist with an infected salmon 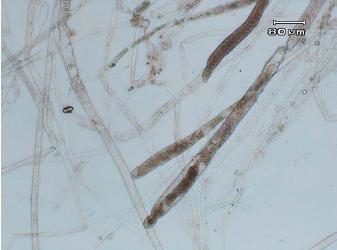 Saprolegnia grows as a system (known as a mycelium) of branching stems (individually known as hypha). The 'fungus' often infects damaged skin and open wounds, and is therefore typically considered as a secondary infection. The 'fungi' grows to cover the damaged area and then spreads to the surrounding healthy tissue. Initially this results in destruction of the surface tissues, followed by 'fungal' penetration into the muscle layers and blood vessels. If the infection progresses, the regulation of water and mineral salts in the fish’s blood (i.e. osmoregulation) can become impaired and this can eventually lead to death.

Is Saprolegnia a problem?

Saprolegnia is a natural infection of salmonids, therefore it is not unusual to see occasional infections in wild fish. Over recent years, however, increased outbreaks of ‘fungal’ infections have occurred on some salmonid rivers, sometimes resulting in the mortality of large numbers of fish. Little is currently known the factors driving these epidemics.

What is being done about this? 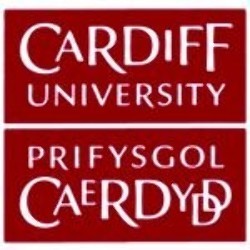 In collaboration with Cardiff University, the Environment Agency are running a three-year project investigating the distribution and diversity of Saprolegnia within salmonid rivers across England and Wales. There are many different species and strains of Saprolegnia, some of which are known to cause greater mortalities.

Part of this project aims to identify the species/strain of Saprolegnia infecting fish in salmonid rivers that have and have not experienced 'fungal' outbreaks. This will 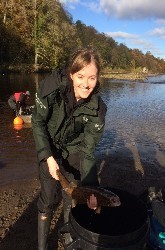 allow the project team to identify whether previous outbreaks are likely to have been associated with a particular strain/species of Saprolegnia. While species/strain determination currently relies on molecular testing, the project team are aiming to develop a simple bank-side test that can be used to identify what type of Saprolegnia is present. Given that the levels of Saprolegnia present in individual rivers can vary year on year, it is likely that environmental factors play at least some role in 'fungal' outbreaks. Therefore, the team are also running analyses to try and identify key environmental parameters (e.g. temperature, water flow rate, precipitation, etc) that may be linked to increased 'fungal' infections.

What can I do?

Please report any disease issues in wild salmonids to the Environment Agency incident hotline on 0800 80 70 60.

Thanks to everyone who has already been involved in reporting and collecting fungal samples.