Who are the best Let’s Fish! coaches?

When Let’s Fish! started, I quickly discovered that there is more to coaching than being a master of the technical aspects of the sport. In this blog, I explore the qualities needed to become a truly successful coach.

If you had asked me that question five years ago, the answer would have been easy. I’d have chosen, simplistically as it turns out, a name from the shortlist comprising the best competitive anglers who were also qualified and licensed coaches. In my opinion, the best male sprinter ever is Usain Bolt because his recorded times, world records and championship victories under intense pressure prove it. Once Let’s Fish! started, I quickly discovered there was more to coaching than being a master of the technical aspects of the sport. Would Usain necessarily make the best athletics coach for all age groups?

As a coach, knowing the objectives of the person in front of you is important. Rarely does a pupil turn up wishing simply to see the star coach illustrate how brilliant they are by catching a load of fish with the pupil looking on in awe. I’ve witnessed this scenario on more than one occasion. Quality coaching requires active engagement with participants.

It’s also about sowing the seeds of the mysteries of fishing, the highs and the lows, the good days and the bad days and how to take events in your stride. A few years back a well-known angler once took his young son to a heavily stocked commercial fishery. Together they caught over 100lbs of carp, all peas in a pod. They returned a few times and often repeating that feat, sometimes catching even more. Now aged 14, the lad hasn’t fished for three years. ‘Fishing’s boring Dad, it’s just catching the same species at the same location time and time again’ is how that teenager now views the sport. Getting that kid back into the sport will take some doing 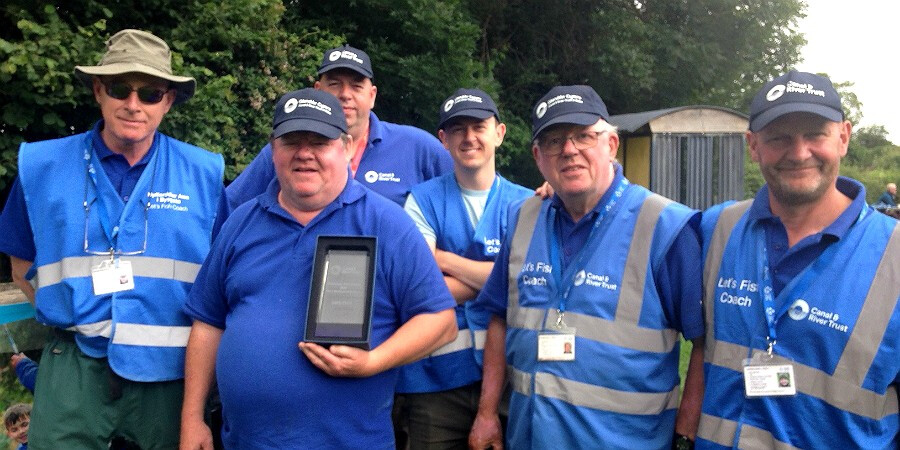 Let’s Fish! coaches want to inspire people to become life-long anglers for that’s the ultimate measure of success. In the long run, life-long anglers will produce sustainable income to the tackle trade who collectively could benefit by millions of pounds per annum. The EA and NRW will benefit in rod licence sales and on a much smaller scale, for the Trust to maintain its waterways, assuming new recruits who choose to angle on our waterways.

A life in fishing is akin to climbing a ladder. As Fred Dibnah used to advise,’ you climb a ladder steadily and consistently, one step at a time’. Participants might even take a break, getting off the ladder temporarily to focus on university life or family life. So maybe we can’t truly judge todays crop of coaches until they reach their more mature years because it’s long-term results that matter.

When a club and the Trust put on a Let’s Fish! day many different people are involved. The qualified and licensed Level 2 coach is ultimately responsible for the smooth running of the day. Within the coaching team will be members with different skill sets. Some coaches are brilliant at engagement with the younger pupils, sowing the seeds of fascination if you like.

Others are naturally better with participants who have fished a few times before; others engage best with retiring lapsed adult anglers. One of the many skills of the front of house personnel, who themselves must offer a friendly upbeat welcome, is choosing which coach to allocate to which pupil. So inevitably a regular participant will encounter several coaches all of whom will have played their part in creating the angler.

There is much to be said for the old-fashioned values of punctuality and reliability. Is the coach who never lets you down in these aspects more valuable than a superstar who calls off at short notice two of three times per year for some other personally important priority. I know which I would prefer. Welcome indeed in any Let’s Fish! team is the coach who always stays behind to help pack way the gazebo and ancillary equipment in the pouring rain.

If cricket, football or rugby clubs did not field competitive teams for those who enjoy the competitive side of those sports, who would be consider them to be truly successful?  It’s something of a mystery why angling clubs are not similarly judged for like in any sport, there are a proportion of young people who are excited by healthy and friendly competition.

As life continues, we always look back with fond memories of the teams we were involved with, almost regardless of whether they were successful of not. Competition in sport  certainly isn’t for everyone or even for the majority, but if you club is not at least on a journey towards creating teams, are you offering the complete package? There is more about the importance of team here.

I’ve concluded that there is no ‘best coach’ in the angling coaching world. Every coach has natural strengths and things they still need to work on to become even more effective. Knowing what you don’t know is a vital skill for a coach too. We are all human and cannot be masters of everything.

Perhaps the best answer to the original question posed  is that the best Let’s Fish! coaches are the ones who continuously seek to improve their craft, striving to become the best they can possibly be. At the end of the day, that is all you can really ask of anyone.