The Water Industries Coarse Angling Championships (WICAC) are coming up this weekend on the Mirfield Angling Club section of the River Calder. Our angling team will be taking part. Those outside of the water industry might not be aware of the event, so here’s some background to its history.

Back in November 1977, a meeting of a steering committee chaired by Fred French MBE, a member of the Water Space Amenity Commission (WSAC), was arranged at the offices of the National Water Council (NWC) at Queen Anne’s Gate in London. The purpose of the meeting was to explore the possibility of organising an annual national angling competition open exclusively to employees in the water industry. Public relations, fisheries and recreation officers, as well as the trade union interests, were represented. It was agreed that such a competition would help in fostering an awareness of the corporate identity of the water industry. Prior to the meeting, views had been sought from the director general of the NWC, chairmen of the ten water authorities and representatives of personnel, fisheries and recreation departments. All agreed to the competitions taking place and to commence with a coarse angling event.

It was agreed that the events would take the form of championships open to a team of ten competitors from each water authority. The championships would be organised by WSAC. Each competing authority would be asked to host them in turn and WSAC would cover the administrative costs and would also make a small grant to help with a competing team's expenses if requested. 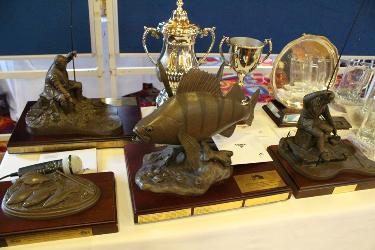 The first match was hosted by Severn Trent Water Authority and staged on the River Severn at Atcham in October 1978. Fred and Jean French were appointed match organiser and secretary respectively, with pre-match administration handled by Tony Oldfield, WSAC administration officer. The individual champion that year was Thames Water’s Alan Butterworth with 13 lbs 8 oz net of chub and barbel. Wessex Water triumphed in the team stakes. This procedure was followed each year, but with the addition of the Water Industry Game Fishing Championships (WIGFiC) until 1983 when WSAC was dissolved.

From 1984 the pre-match administration became the responsibility of the host water authority, although Fred & Jean French retained their involvement in the initial arrangements and the planning of the events on match day. To represent your team in that era was a major honour. The young John Ellis made the team on two occasions in the three years he worked at Anglian Water, having finished in the top six in qualifying matches where over 100 competitors were also aiming for qualification.

In anticipation of the privatisation of the water industry, a meeting of an ad hoc group, chaired by Fred French, took place at Fewston Reservoir, Yorkshire in June 1988. It was agreed that, following privatisation, teams would be reduced to six competitors. Teams would be invited from each of the ten new water PLCs, each of the ten National Rivers Authority (NRA) regions plus a team from British Waterways (BW) and the Water Companies Association (WCA) would be invited for the first time. This was not very well received by some of the competitors, who wished to retain regional teams with a mix of PLC/NRA staff. However, correspondence between Sir Gordon Jones, chairman of the Water Authorities Association and Lord Crickhowell, chairman of the NRA, made it clear that whilst they wished the championships to continue after privatisation, PLC and NRA teams must fish separately. 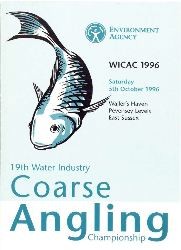 From 1990 through to 2009, the championships were organised on the above basis with the NRA/Environment Agency regions plus British Waterways hosting the coarse events. BW hosted the event on three occasions. The first occasion was on the Stainforth & Keadby Canal in 1990. An almighty gale blew and the heavens opened that day. John Ellis blanked, thus costing his team a medal. In 1999, the event was held on the Kennet & Avon Canal at Devizes, working alongside Terry Fell and the Devizes Angling Association committee. In 2008, the venue was the Shropshire Union Canal at Little Onn, working alongside Tony Keeling & Mark Wilton from the Izaak Walton Stafford club.

There were some great battles in the team stakes in that era, particularly between Yorkshire Water, Severn Trent Water and Thames Water, with the British Waterways side sneaking in to take the crown on three separate occasions – 1994, 1996 and 2001. BW also managed to finish as team runners three times in that era. In addition, a team representing the Association of Rivers Trusts (ART) was invited to participate and a young Mark Lloyd, now the CEO of Angling Trust, fished the 2008 event on the Shropshire Union Canal.

In 2010 the Environment Agency took the decision to stop supporting the event financially. At this point Peter James of Severn Trent Water volunteered to pick up the reins. Following the 2010 event, which was held on the River Huntspill in Somerset, Peter called a meeting of all team captains to discuss a plan to keep the event alive. Borne out of this meeting was the formation of the WICAC organising committee. The event was run on a volunteer basis between 2011 and the present by the committee of Peter James of Severn Trent Water, Ian Hayes of the Environment Agency and Rob Hoyle of Yorkshire Water. With the event still attracting around 100 competitors each year, those doom-mongers who predicted its demise have proved the be well wide of the mark.