The stolen salmon and the lost Welsh village

Meeting officers of potential new angling club customers, especially ones we know little about, is one of the pleasures of our fisheries managers’ day job. You never quite know what to expect and inevitably pick up something new, for you never stop learning in this role.

I recently had the pleasure of meeting up with Terry Parry (no relation to our Chief Executive, Richard) and Mark Gould of Llwydiarth & Darlach Angling Association on a snowy Saturday on the banks of the Montgomery Canal.

As with most things in life, a little preparation always comes in handy. It’s never a bad idea to be armed with some background information and in advance of meeting up with the two Llwydiarth & Darlach Angling Association officials, a quick search on the map was called for. With much relief, Llwydiarth was soon located. But there was no Darlach village to be found anywhere.

Where could it be? Perhaps it was a lost village whose population had been wiped out during the black death or in some long-forgotten border war with the English. Google wasn’t much help coming up with Darlach bridge in Scotland and Darlach village in Silesia. It crossed my mind that perhaps there was a Polish connection. Powys has attracted lots of migrant workers in recent years, many of whom are now successfully integrated into British angling culture. The Building Bridges Project has played a major role in making this happen. 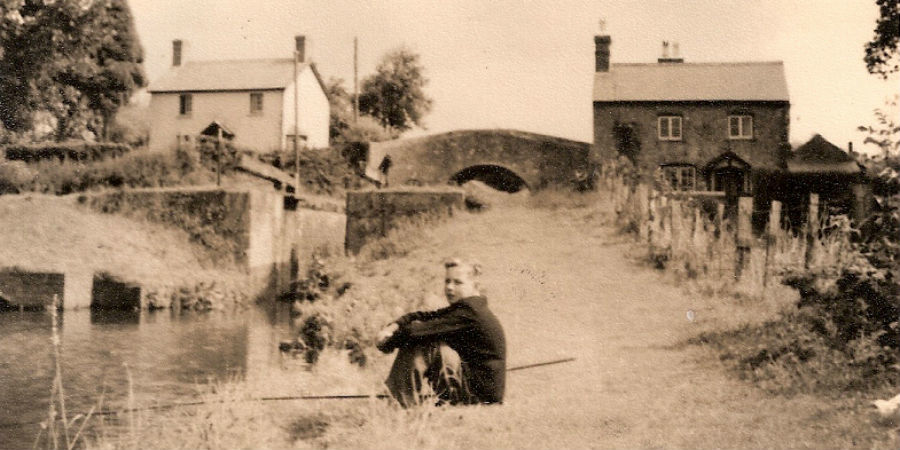 I was about seven when one of the older boys at school brought disgrace on the establishment when witnessed stealing a sweet at Woolworths. It was worth perhaps 3d, that’s a quarter of a penny in today’s money. Not long after, staying over with granny and recounting the beating the sweet thief had received from the unforgiving headmaster, I asked her if she had ever stolen anything. Never, she responded, ‘for thou shalt not steal is one of God’s ten commandments. If you live by the wisdom of that great book you won’t go far wrong’ she reminded me. As she sipped her cup of tea beside the small coal fire, she proceeded to tell me a fascinating story when, as a young girl, she encountered a stranded salmon. 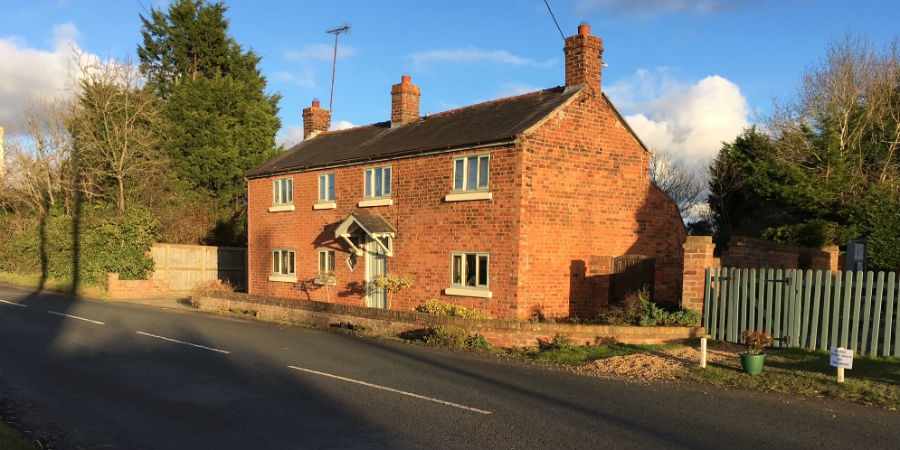 This daughter of a farm labourer was born into poverty in 1900 in the tiny Cheshire village of Shocklach, located on the banks of the Welsh Dee. Queen Victoria was still on the throne and Britannia ruled the waves. Shocklach was as isolated then as it remains to this day. In the spring of 1909, following a major flood, the young Edith Alice Fairbrother was collecting firewood on land abutting the Dee. Alerted by the splashing noise, she stumbled upon a splendid silver salmon in a slight dip in the field. Weighing perhaps 15 pounds, stranded, flapping, struggling, exhausted, with no way of making it way back to the river, its’ most likely fate featuring on the menu of a local fox, come dusk. Young Edith had a decision to make, leave it there or risk taking it home to her parents who could then decide the salmon’s fate.

For those who lived on the land, spring was always the most difficult season of the year to feed a family. Except at the big house with its greenhouses and other mod cons, there were few seasonal vegetables to be had beyond stored potatoes. In fading light, and hiding the splendid specimen amongst her bundle of sticks, Edith made her way back to their cramped rented cottage without incident.

Depriving the Lord of the Manor of his salmon was a serious business. Not that much earlier, deportation to the colonies was a possible outcome if caught in the act and dismissal from employment at least as serious a fate. With the family half starving, what was her father to do? The family sworn to secrecy, salmon appeared on the menu for the one and only time in her entire childhood. That childhood ended aged 13 when in the year after the Titanic sank, she entered the working world. Edith’s annual salary, payable in arrears, was a less than impressive £7. Of that, £5 10 shillings went to her parents, leaving her with only £1 10 shillings to last the entire year. You would struggle to buy a coffee for that today.

Just a few fields away from where gran had found the salmon, the land and fishing rights belonged to farmer Darlington. His descendants farm there to this day. Not long after gran was born, Mr Darlington had befriended a group of anglers from Merseyside whom he generously allowed to fish his river free of charge. In his honour, they named their club the Darlach Angling Association – Dar from Darlington and Lach, the last four letters of that little Cheshire village.

This probably came to pass during 1904 because in that very year the Association had a commemorate silver spoon produced. Folding at the outbreak of WW2, Darlach Angling Association was reformed in 1948 with significant connections to Cammell Laird, the famous Merseyside ship builders. Secretary, Terry Parry, has unearthed photos taken in that year. Two things leap out, firstly, the social side of angling with the whole community involved and secondly, the minimal amount of fishing equipment the young lad had.

Llwydiarth & Darlach have now decided to become the latest club to return to canal fishing. Secretary Terry Parry recalls many a fishing trip to the Montgomery Canal around Ardleen in his youth. Terry explains ‘our motto these days is natural angling on natural waters’. We will probably only get the best out of the fishing on the Montgomery when the restoration project is complete, which is very much work in progress. Terry went on to add ‘we are looking forward to working with both the Trust’s fisheries and environment teams to improve things on the ground, both for our members and for the status of the SSSI’. I rather think that if he were around today, Farmer Darlington would approve. 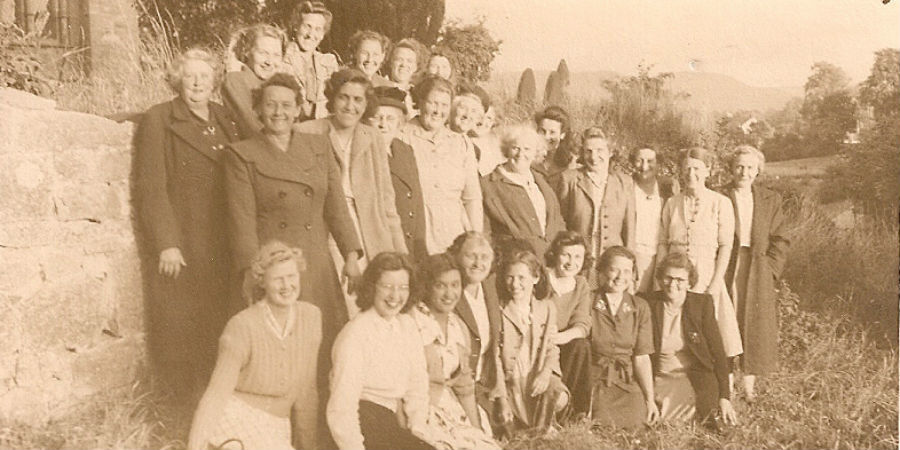