The National Federation of Anglers: The Early Years

One of the five founder members of the current government body, Angling Trust was the National Federation of Anglers (NFA). The NFA was formed in 1903 when the need for a governing body become obvious. In the article, John Essex explores the organizations early years.

Towards the end of the NFA era, anglers would be critical that the coarse angling governing body focused excessively on competition fishing. Today, anglers complain that the Angling Trust don’t focus on competition fishing enough. Perhaps anglers are a hard bunch to please? Indeed Alf Waterhouse, President of the National Federation of Anglers from 1932 to 1956 wrote:

“It is sometimes lightly suggested that the Federation chiefly exists for conducting a fishing competition held annually but those who may have that impression forget that the Federation was first formed by nearly 50,000 coarse fish anglers who had no thought of contest angling in their earnest wish for angler unity”.

The story begins with the Northern Anglers' Association, a body that draws its membership mainly from Lancashire and Cheshire. Mr. T. W. Redford, one of its officers, wrote to Mr. Waterhouse in 1903. He suggested that there should be a meeting in Bir­mingham of anglers. This meeting took place in May that year, with the idea that a “federation of anglers” be set up to “formulate rules and suggestions for the improvement of the sport, the prevention of pollution, and the furtherance of anglers interests in general.” and to discuss a certain Fisheries Bill then before Parliament.

There were representatives of the Northern Anglers, the Sheffield Association, the Sheffield Amalgamation, the London Anglers Associa­tion, the County Palatine (Lancashire), the Provincial Anglers, Hull Association, and Birmingham Association. They represented a total of 46,000 anglers. Thus, the Federation was born. Its first annual meeting was held at Sheffield in 1904. The membership grew and by 1939 when the official membership list was published it stood at 125,000, representing 68 affiliated associations in every part of England.

A history of the NFA was published in 1936. Most of what follows was written by Ernest Phillips, Doncaster & DAA President and one-time vice president of the NFA, in a little booklet called ‘Fishing’, published in 1945. Let him take up the story:

"It would involve too great a demand upon space to give anything like a full account of the 39 conferences since the first "annual" at Sheffield in 1904. All the way through the aim of the movement has been the preservation of anglers' rights, a determined and constant war upon pollution, a revision or amendment of fishery laws wherever and whenever needed, and a close examination of every legislative and administrative action which in the least degree concerned angling, whether by Parliament, or even by the fishery boards them­selves if any of them were tempted to make regulations which the Federation thought infringed upon the rights of coarse fishermen or unduly favoured anglers for salmon and trout."

It has worked hard to secure fair and equitable terms as regards the charge for licences for coarse fishing, it has insisted that fishery boards shall devote a reasonable part of their income to the preserva­tion of coarse fish. It has urged those boards who net their rivers to hand over unwanted coarse fish to neighbouring associations. It has pressed the railway companies for cheap fares for anglers, it has supported its affiliated associations when they have taken legal proceedings in defence of their privileges.

In the first German war it subscribed £1,000 for the provision of two motor ambulances for use at the discretion of the War Office. It has promoted a National Cham­pionship match, and in 1917 it received Government recognition when its then President, the late Mr. J. H. R. Bazley, was invited to serve on a Government committee to inquire into the stocks of fish in the nation's waters, and to report whether, in case of necessity, they could be utilised for the purpose of food. 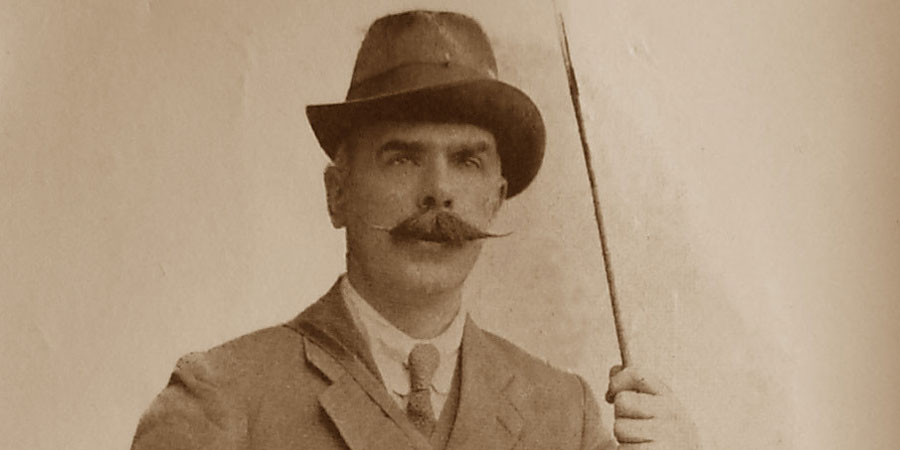 This recognition by the Government was in evidence again in 1921 when Mr. Bazley was asked to serve on a Standing Committee on Pollution just set up by Parliament. Then came one of the Federation's most important achievements. The Government were planning a new Fishery Bill to take the place of the many Acts of Parliament, which then stood upon the Statute Book, This new Act was passed in 1923, and it soon became known as "The Angler's Charter."

Thanks to the Federation, which submitted suggestion after suggestion, revision after revision, coarse fish anglers obtained many important concessions. They were given direct representa­tion on fishery boards wherever coarse fish anglers had to take out licences-a step forward, which could hardly have been imagined even thirty years ago.

In 1927 the Federation sent a deputation to Whitehall to lay before the late Lord Balfour (on behalf of the Prime Minister) its desire that the Government should give immediate attention to the menace of pollution.  Later the Government instituted a Joint Advisory Committee on Rivers Pollution, and Mr. Waterhouse was appointed upon it as a representative of the N.F.A.

The next year a deputation from the N.F.A. waited upon this Advisory Committee to insist that something should be done, giving a list of rivers ruined or partially ruined by pollution, and of the effect of it upon fish life, insect life, vegetation, and its danger to the public health. In 1929 there occurred one of the worst cases of pollution within the memory of living anglers. The River Witham, in Lincolnshire, was damaged so seriously that hundreds of thousands of fish were destroyed.

The Federation promptly sent its chief officials to the House of Commons to interview the Minister concerned, and as a result they received a definite promise that the Government would take steps to prevent any further pollution of the kind complained of in this particular case.

Another important move was made in 1930. A Freshwater Biological Association (FBA) had been formed, with headquarters on Lake Windermere. to study fish life in general, the problems of food, of growth, of environment, of plant life, etc. It was decided to support this movement, and the Federation sent an appeal to every affiliated association with the result that a sum of several thousand pounds was raised and sent to the FBA to help it in its investigations.

Valuable information was obtained, and the yearly reports sent to the Federation became a feature of its annual con­ferences. Much other work on behalf of anglers has been done since, and many of the schemes and suggestions will be recalled by members.

The Federation, having established itself in the favour of the Government, has never lost that favour. One recent instance may be quoted. When the second German war broke out the Government made a slight alteration in the law regarding the coarse fish close season. It was anything but a success. Next year, before they decided to renew it, the Ministry wrote to the Federation and asked for its views. The Federation reply was overwhelmingly against a second tampering with the law.

As a result the Government dropped the idea of a renewal. Then there was the case of the war-time prohibi­tion of cereals and similar products being used as ground bait. The Federation willingly adopted this scheme, and it was observed loyally by all the affiliated associations. It will be seen that the Federation has played its part and played it well. Not without reason has it been called the "Angler's Parlia­ment".

The NFA and the LAA played a strategic role in the 1923 Freshwater Fisheries Act and were instrumental supporting the bill and rod licences for anglers. They tabled an amendment to have a universal rod licence that covered the whole country but the Bill was put to Parliament without this vital change and thus became law.

The NFA has campaigned ever since for a “Universal Licence” such that Alf Waterhouse had this to say at the 1950 conference as reported in the “National Angler” of May that year. “We may have the opportunity to ask consideration of the issuing of a Universal Rod Licence- something we have talked of repeatedly but never tackled…. We have done much together to protect and improve our sport: let us keep steadily on with that worthy intention.” It would be more than 40 years before this dream was finally achieved.