Reflections on the 2016 Division Two National

Perhaps I am guilty of being a traditionalist, but the Division Two National remains in my opinion the second most important competition in the domestic angling calendar, falling just behind the Division One event.

How proud I am that both nationals will be on Trust venues in 2017. Here are my thoughts on this year’s Birmingham & Fazeley event.

If our volunteer angling historian John Essex wasn’t busy completing his upcoming book, I would ask him to find out if there had ever been a closer result in the points national era. Just a single point separated the top three teams and the fifth team were just five points away from victory. Never have a few missed bites, the odd bad decision or a fish lost at the net, made such a difference.

In the end, it was Sensas Black Country who deservedly triumphed with 205 points. Matrix Halifax, a team well practised on challenging northern canals, were second with 204 points, but with a higher weight than the Drennan Oxford side. Matrix Halifax had no fewer than four anglers in the top seven individual list. Browning West Midlands were three points from glory on 202 points and the fifth promoted team, Drennan North West, just a further point adrift. Every one of the Drennan North West anglers finished in the top half of their sections so they definitely win the award for overall consistency. The bream put in a welcome appearance, making up for the absence of decent roach. 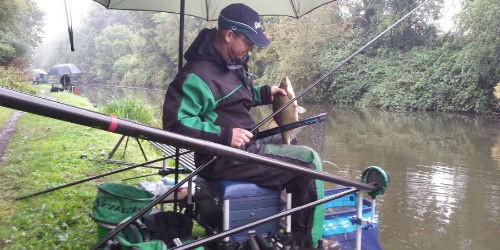 I wrote a blog a while back aimed at stimulating increased entries in the Division Two match.

My call to increased participation failed to such an extent that I had to avoid bumping into Simon Preece as I now owe him a beer. And in that nicely packed and buzzing HQ, avoiding Simon proved a challenge. I had predicted an entry of 35 teams with Simon opting for 25 and he was closest as, disappointingly, only 28 teams eventually lined the towpath on the big day.

Some observers have suggested returning to weight nationals as one way of encouraging more teams back into the fold. I have often pondered whether, if it was within my remit, to change the system back or keep things as they are. It’s tempting to have a system that rewarded both the points score as the overall weight the team recorded. I would rank the teams on overall points and also on overall weight. The two points totals would then be added together to get a final team ranking. 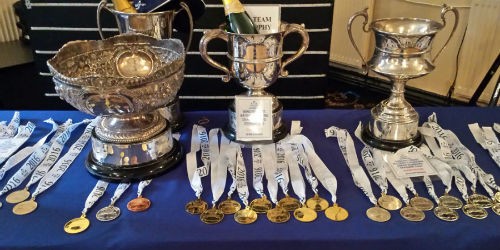 So here is the alternative national result

In my new hypothetical system, Matrix Halifax would have won the national with a combined total of three points, with Sensas Black County second on four points. The third and fourth teams would still have ended up in that order, but fifth slot would have gone to Sensas Dams & Lock, who would have pushed Drennan North West down into sixth slot. Stoke on Trent Angling Association and Slaithwaite would have jumped up the table significantly and the latter would have won promotion. The top fifteen teams are listed below: 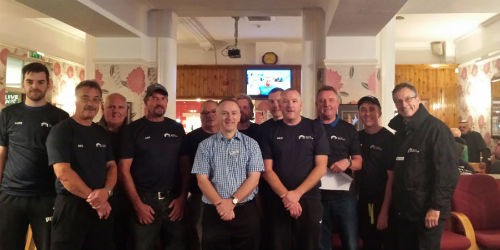 It’s been a few years in the planning but the Trusts’ team, with Carl Nicholls at it head, finally made the national draw-bag. As the old saying goes, we are a very select team. In other words if you are available, you have a pretty good chance of being selected. Having said that, Carl point blank refused to select me, which I think accurately sums up my angling ability these days. Our main aim was to trounce Dick the Hat Pilkinton’s Tring Anglers team and a lower mid table position would have been a triumph.

Could a miracle happen?

The first three anglers back to the HQ after the weigh in were Carl, Ant Gill and John Billingham, with a third and two fourths in section in the bag. I had seen Shane Waring weigh in too and knew he had reasonable points, thanks to a bonus bream. Just for a second I began to seriously dream. Alas, in the end it wasn’t to be. A promotion to Division One and an outing on the Shroppie with the big boys, but a top half finish (we ended up 13th) is more than we could have ever have dreamt of. We comfortably beat the Tring lads too, so well done to all the team. Carl’s position as head of the Trusts’ Angling team is safe for at least another twelve months. No doubt Tring Anglers are still holding an internal enquiry and plotting revenge on next years’ Division Two event on the Aire & Calder.

I was grateful to Richard Parry, our dedicated chief executive, for attending the draw. Only other work commitments prevented him from being available to present the trophies, a task which eventually fell to yours truly.

Richard takes a keen interest in the Trust's angling team and in the roles of the various Angling Trust and angling club volunteers who work their socks off behind the scenes to make the nationals happen. These loyal volunteers often receive plenty of moans and groans in return for their efforts. Richard had lengthy chats with the evergreen stalwarts Terry Fell and Joe Roberts amongst others. I wish I had Richard’s energy and ability to recall names.

The angling community seemed to really appreciate the Trust entering a team too. It demonstrates we use and value the product we rightly expect others to pay hard earned pennies for. I would love to see our governing body, Angling Trust, enter a staff team too. This is not only for the friendly rivalry that would inevitably ensue between the two Trusts, but far more importantly than that, it would help convince some of the more cynical fishing folk out there that Angling Trust staff are genuinely in touch with grass roots coarse angling at club level.

One of the great joys of the Nationals is that I get to meet several people I deal with in the day job capacity and our stress levels are reversed. I am relaxed, they are anxious to perform creditably for their teams. I had chats with Mike Storey, Paul Turner, Phil Middlemast, John Johnson and Alan Wright to name a few. Richard Gibbs and Listerhills stalwart, Eddie Harrison, were also competing but alas, our paths didn’t cross. Frank Szakaley, that northern gentle giant, could have been distraught or even have been uttering various expletives at finishing as Matrix Halifax lowest points scorer, but he was still full of smiles at the end. As he rightly pointed out, there can only ever be one winner in a team match and that for him, enjoying the day whatever the result, was the ultimate objective.

Looking forward to next year’s Division One 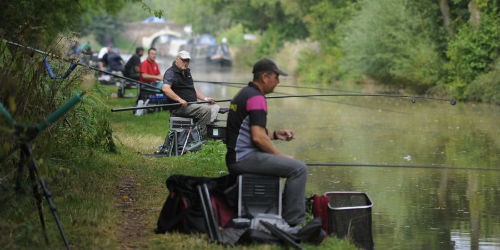 The Shroppie has hosted something like two and a third nationals in the past. The Division Three event was held there in 1997 followed by the Division Five event in 2003. In 2009, it was one of three canals used alongside the Staffs & Worcester and Trent & Mersey. I happen to believe that the 2017 Division One on the Shropshire Union will be a classic. Whilst the big guns such as Dorking and Barnsley will rightly fancy their chances, they are not nailed on favourites on the Shroppie by any means. Starlets and Shakespeare will be in the running for sure, but there are numerous other sides with a strong squad of narrow cut specialists, including several of the promoted teams. With a good draw and a little slice of luck, any one of at least 25 teams could realistically triumph. So I will predict it will be a specialist Midlands or North West based canal squad who will lift the trophy in 2017 to become the 102nd winners of the Division One All England National Championships on 19th August 2017.

I hope to see you all there.