Mick Dodman: the power of fishing

This is a 'long read' story. I want to thank Mick Dodman for having the courage to share it with us.

I used to fish when I was a kid but for some reason I stopped. This was probably something to do with my brother swopping all his gear at the local second hand shop... for a guitar I think?

Around five years ago I got diagnosed with fibromyalgia.

I often think it's more of a label. Having several issues with my joints, it’s just easier for doctors to call it fibromyalgia. Having to give up work I found myself suffering with depression. I’d gone from someone who had worked from aged 16 to being unable to do some of the simplest tasks. Even making a cup of coffee was out of the window. I couldn’t keep sugar and coffee on the spoon long enough to get it into my cup due to body shakes. Eventually the doctors had sorted the correct medication which helped. I learnt to cope with my disability but this still didn't help mentally.

This is my PB Barbel 9lb. My mate had to help me land this in the end as it destroyed my back.

One day, my nephew decided to take my son fishing. When Kasey returned home he was ecstatic for he'd landed his first fish! Floating bread on the surface for that carp had been the successful method. After that, Kasey seemed to do nothing but mither (a northern term for consistent pester) me to get him his own rod and reel. Aldi were selling a small telescopic kit for a tenner so off we went. I purchased one for myself and another for the boy, picked up an EA rod licence and headed straight off to the Rochdale Canal.

Kasey and his perch from the River Trent

...all the stress and anxiety that I was fighting with day in and day out just vanished. I felt, well, normal. I came home with the biggest smile on my face in years.

We spent a full day on the picturesque canal happily catching roach and small perch and I thought to myself ‘OMG, why didn’t I restart sooner’ for all the stress and anxiety that I was fighting with day in and day out just vanished. I felt, well, normal. I came home with the biggest smile on my face in years. I was well and truly hooked again.

A message from Eric

A few months down the line I got a ping on my phone. It was an unpunctuated message from someone called Eric Owen. "We've formed a new fishing club called Little Britain Anglers. Come down Friday night and meet some of the lads and see what you think". To be honest, I was very apprehensive. My heart started racing and head started to fog. I was just so nervous I almost couldn’t force myself to go. Luckily, nephew Danny said he would come along with me and assured me he'd take care of me if I had an anxiety attack.

We walked into the man cave and it was rammed with strangers. I instantly felt sick inside but I pushed on. Not one person didn't shake our hands and welcome us in. There was Eric, Paul, Derek, Mike, Mick, Phil, loads of them. It turned out they were the best bunch of people I've met. I quickly joined as a member and before I knew it, I ended up on the committee.

I had gone from this shy unable to talk to people to someone who could sit in a room with Eric and chat away about fishing till my tongue nearly dropped off! Eric can certainly talk a bit, as John Ellis once found out.

I often represent the club at meetings with various fisheries agencies and am now the work party co-ordinator for the club. We carry out regular volunteer work on the Manchester, Bolton & Bury Canal. I get to ‘point my finger’ and say "clean that spot, move that, break time etc" It’s almost surreal. It’s like I have this split personality. Anything involving fishing I just can’t shut up and ooze confidence but once I return to general day to day issues I can often lose my head ending up wanting to bury my head or crawl under the nearest stone.

Meanwhile, back on the towpath

Mike Dodman on voluntary bailiff service with the EA

We as anglers are very good at moaning about the problems. I felt it was time to step up and take some responsibility. So I've been a member of the Angling Trust's North West Voluntary Bailiff Service (VBS) for over two years. Angling faces many threats from poaching and other crimes, along with pollution.

The VBS gives me the opportunity to help protect the sport I love. Being part of the VBS team is very enjoyable. I have made some great contacts and friends. 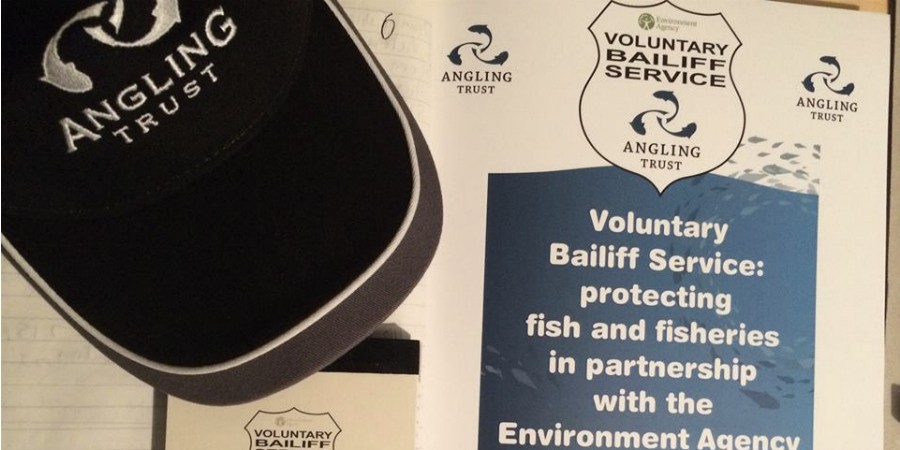 We conduct many patrols on our local waters, reporting any issues via our secure website. I have been out on patrol with the Environment Agency - Fisheries Enforcement Officers, Trust staff and Police. It's been good to get a better understanding of their work.

This year, I found myself volunteering to arrange some fishing activity for home educated children including our own. A lot of kids just don't take to mainstream schooling, like my daughter Tiffany here.

The first event I attended was excellent. It was held at Mutual Mill lodge arranged by two Heywood Angles stalwarts; the late great Jimmy Ridley  and the wonderful Barry Hargreaves, both qualified licensed level 2 coaches. I had agreed to volunteer for the day.

When it was time to pack up the young fellow walked over to me and said: "thanks very much, I've had a great time." I was over the moon! I knew what it takes for someone who is diagnosed with this condition to find the confidence to talk.

Two kids that day will always stick in my memory and made me feel so proud. One had just been diagnosed with autism; the other with selective mutism.

Child A couldn't sit still on the box. He was up and down like a jack in a box, until he caught his first fish. After that he sat there attentively feeding his swim with pinkies landing roach after roach "Muuuuuuuum, I've caught another fish’ he belted out every time but still he sat there as though posing for some art collage class doing a still life.

I also coached child B. His mum explained "he won't talk to you; he has selective mutism." "It's ok, I responded. ‘My youngest has just been diagnosed with this condition so I know all about it."

We quickly got started. I was showing the lad how to cast a line, how to feed the swim etc and soon he had taken over. All I would get was nods and little smiles, so I knew he was enjoying it. Time went on and he was catching fish regularly. With each fish landed his grin would gain an extra centimetre in size. Two hours flew by. When it was time to pack up the young fellow walked over to me and said: "thanks very much, I've had a great time."

I was over the moon! I knew what it takes for someone who is diagnosed with this condition to find the confidence to talk. I assisted on eight more sessions and everyone who took part loved it.

Not long after, I got a call off Barry asking if I could volunteer to help on a Canal & River Trust Let’s Fish event held on the Rochdale Canal at the Hopwood Arms one Saturday. Trust waterway manager, David Baldacchino, and John Ellis turned up and I managed to have a constructive chat with them regarding a few issues that needed addressing. I couldn't help but smile, wondering why they never told Eric they were attending. Perhaps they just wanted a nice peaceful day free from gentle ear bashing?

In at the deep end

This young lad had turned up kicking his feet and doing a ‘teenage Kevin impression’, moaning because his mum was making him try fishing. With my coaching head on, I just said to him: "Ok, do me a favour sit here and try just for 10 minutes, if in that time you've not caught a fish we can at least tell mum you tried, didn't like fishing and you never have to look at another float again."

Three minutes into the session the float tip disappears under the water. He’d hooked a perch, not the normal stamp of perch for this section of the canal but a good three quarters of a pounder! Perch safely netted after a tense struggle, I almost felt jealous, for back then I'd never caught one this size on any venue I'd fished before. The boy was made up and we carried out for another 45 minutes until the next participant arrived.

I'm glad to say I caught my first ever 3lb plus river perch last week... it's only took me five years!

Can I have a word please

My heart sank when John Ellis uttered those words towards the end of that day. What had he seen that I had done wrong? ‘Mick, I just wanted to say that despite being the least experienced coach on the towpath, I thought you were the best communicator with the participants, you are a natural. Therefore, I have decided to offer you a place on an upcoming training course’.

You could have knocked me down with a feather.

So now, this Autumn will see me complete my level one coaching badge and after that I am down to commence level 2. Before long I will be able to organise my own coaching sessions and pay back the faith others have shown in me.

Above all, I'm just glad that I got through some of my darkest times and can continue to build on my fishing adventure. Had I not bought that rod, who knows how my life would have panned out.