Following on from his victory in the 2014 Canal & River Trust website readers’ poll to identify the greatest angler who first learnt to fish on a canal, it was perhaps no surprise that Leicester angler Ivan Marks also proved to be the Canal & River Trust readers’ choice for all-time angling hero.

For the army of match anglers who grew up in the 1960s and 70s, Ivan was the man who changed match fishing and we remain forever in his debt. As his biographer, I have more than a passing interest, but he was my hero too when, as a teenager in the early 1970s, I eagerly devoured his weekly column in Angling Times.

Greatest of the greats

Without doubt there were other iconic figures of the time; Dick Walker changed the whole approach to catching big fish. Benny Ashurst and Billy Lane did the groundwork that Ivan was able to build on. Kevin Ashurst and Ian Heaps were huge stars of the 1970s and 1980s too. And, of course, Bernard Venables  sent a million youngsters out to fish with ‘Mr Crabtree’. Yet it was Ivan who grabbed the headlines in the early 1970s.

Angling Times recognised Ivan’s popularity in 1972 when he got his own weekly column that ran for eight years. What was terrific about the column was that journalist Peter Collins knew exactly how to get the most out of Ivan from a weekly phone call. Ivan held little back, often to the chagrin of his teammates who preferred that their secrets should remain within the group. Yet Ivan reckoned that if he helped others then it was far more likely that he’d get much more in return. His angling network of contacts spanned much of England and he had help from anglers in Ireland and the near Continent. 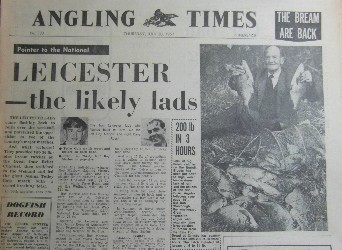 Ivan was famous as the leader of the Leicester Likely Lads. The name originated in 1967 when team members Dave Rossi and Roy Marlow each won a huge open in one weekend and the next week’s Angling Times carried the headline ‘Leicester - the likely lads’. The name stuck, although the original team had all but broken up by the late 1970s. The line-up in 1967 was Ivan, Roy Marlow, Dave Rossi, Dave Downes, Brian Envis and Brian Holland. Soon afterwards, Brian Holland left and Howard Humphrey joined the group. In 1970, John Essex replaced Brian Envis, and Robin Grouse and Phil Coles made up the group to eight soon afterwards.

Ironically, Leicester City F C gained the nickname ‘the unlikely lads’ during the 2015/16 football season on their march to triumph. It’s worth noting that Barry Lineker, father of the more famous Gary, was a fishing (and footballing) mate of Ivan, and Gary was well aware of the angling Likely Lads. It must also not be forgotten that Ivan was a decent footballer too and had professional trials in the early 1960s.

Getting to know the Likely Lads 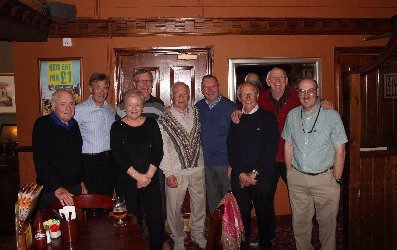 During the time I spent researching Ivan’s life and exploits for my book, I had the pleasure of meeting the Likely Lads, other anglers who were close to him as well as his widow, Linda. It was clear that all regarded him as their inspirational leader and a truly great angler. No slouches themselves, their match records paled in comparison to Ivan’s, and they related the many ways in which Ivan discovered tactics that put them ahead of the field. They won the Division 1 National championship again in 1974, having been a close second the year before, despite Ivan’s absence at the world championships. They dominated CIU, Welland and Nene championships and were famous for their ability to put together big weights of bream on the Fenland waterways. It was a time when match fishing was very much a young man’s game; these were lads at their peak, in their 20s and 30s, feared and respected by the opposition. Before team matches were scored on points, they all could fish for a big weight and not worry about avoiding a blank, knowing that if one or two of them failed then the others’ results would see them triumph.

Ivan left the Leicester team in 1981 to fish for the famous Barnsley Blacks, then managed by Dick Clegg, until heart problems forced him to take things easy. By then the Fenland big-match circuit was no more; the Likely Lads existed in name only and yet Ivan retained his popularity. His image as a happy-go-lucky, seemingly disorganised, yet successful angler persisted; the truth was that he never stopped looking for the edge that might win matches. He looked to develop young anglers to build strength in the Leicester teams and was often found fishing in the 1960s and 70s on his home water, the ‘Straights’ in Leicester, which is the canalised section (Grand Union) of the River Soar. Here he coached and developed anglers such as Pete Jayes, Phil Coles, Howard Humphrey and Stan Piecha.

Finding out more about Ivan 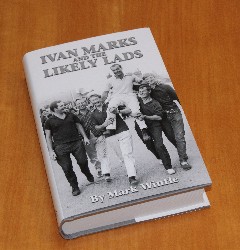 As you can imagine, I discovered a wealth of stories about Ivan and his merry band and it was a pleasure to hear the many tales of their exploits. You can enjoy them, too, in my book Ivan Marks and the Likely Lads (336 pages) by Mark Wintle, available from Calm Productions at £20 plus p&p.

This guest bog is brought to you by Ivan’s biographer, Mark Wintle.