It’s a ruffe old world out there

Who would want to be born as a ruffe? For starters they don’t grow big and will be lucky to celebrate a fifth birthday before succumbing to old age.

Then consider its Latin name of Gymnocephalus cernuus. That mouthful, decided upon by the great Swedish taxonomist Mr Linnaeus, could easily be misconstrued as some sort of infection that your parents warn you about as a teenager. At first glance, the poor old pope has not got much going for it at all.

Beauty is in the eye of the beholder 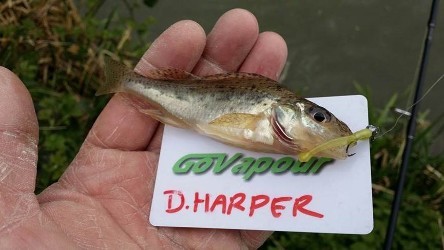 I reckon there are several candidates for the UK’s most handsome freshwater fish. The bold stripy perch, the elegant lady of the stream, the silvery salmon the golden silvery rudd, the whiskery barbel, not forgetting Mr and Mrs Tinca. But it’s unlikely anyone would ever cast their vote for the ruffe. It’s perhaps not politically correct to comment on beauty and elegance these days but it’s hard to put together an argument that the spikey ruffe has very much of either quality.

Whatever happened to the ruffe specialist group?

There are many species, large and small, that have their own dedicated specimen hunting groups:

The list goes on. Even the thriving gudgeon group has not far short of 500 members. But alas, my research has drawn a blank in discovering any group that has ever been dedicated to the pursuit of specimen ruffe. The current UK record stands at 5 oz 4 drams and is held by Ronnie Jenkins. Prior to that the great specimen hunter, Dennis Flack, held the record. And it was reported recently in the angling press that Lincolnshire based angler, Kerry Goldsmith, caught a six ouncer but threw it back after weighing. Can you imagine that happening to a record carp, chub or pike? I do confidently predict that I will see a six ouncer officially ratified before I retire from the Trust and it’s not beyond possibility one of our waterways could be the venue to do it. For what it’s worth, my money is on the Staffs & Worcester Canal.

Like the England carp team manager, Rob Hughes, my youth was spent learning the piscatorial art on the banks of the Llangollen Canal. Gudgeon were the predominant species but the good old daddy or tommy ruffe would put in an appearance from time to time. But you could never put together a good weight of the prickly fellows, or at least I never managed it. In fact my heart would somewhat sink when landing my first ruffe in a match. I somehow felt the peg was on its last legs if they had got to the bait first. Chopped worm and bloodworm, where allowed, would always snare you a few ruffe, but it was a rare day indeed, or a cold and miserable one, for an angler with a net dominated by ruffe, to take home any prize money. 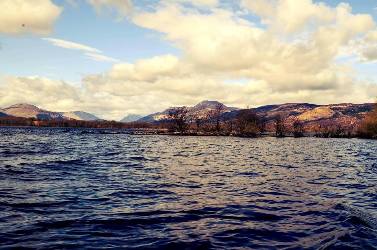 The ruffe is despised by most Scottish fish biologists for its introduction into Loch Lomond. This seems to have happened around 1982 and has impacted significantly on the ecology of the Loch Lomond fish community. Ruffe are one of six coarse fish species to have been illegally introduced into Lomond over the years, the others being chub, bream, crucian carp, dace and gudgeon. The ruffe is guilty of being a prolific consumer of the eggs of the resident whitefish, known locally as the powan. Ruffe are potentially endangering the long term survival of this species. Whilst there is sufficient evidence of ruffe’s harmful impacts, I remain to be convinced of the commonly held theory that pike anglers released them as unwanted pike bait. 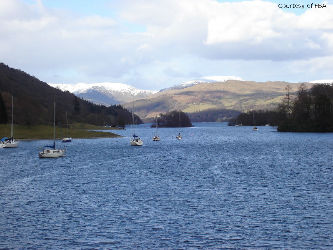 Whilst I would not pretend to have much pike fishing knowledge, I have yet to come across a single pike angler who has ever claimed to have used ruffe as a livebait. Ruffe have also turned up recently outside their post ice age range in other large lakes such as Lake Bala (Llyn Tegid) and Windermere.

Ruffe first appeared in the Great lakes system of North America in the 1980s. Carriage in ships ballast appears a more likely transfer mechanism than predator anglers depositing unwanted ruffe livebaits theory. It’s a fair statement to make that in North America the subject of non-native fish species is taken much more seriously than it is in the UK. Significant levels of research has been untaken as fisheries scientists attempt to find a way to eradicate ruffe from their new abode. The ultimate goal is to eradicate the species in the Great Lakes network because of the damage it is doing to native fish species.

It has been found that the chemical lampricide TFM kills ruffe, but leaves other fish unharmed. The use of pheromones is being investigated as a potential control mechanism. After extensive studies, fisheries experts discovered that the ruffe can be repelled by their own alarm pheromone. When injured, a ruffe will release this pheromone into the water to warn other ruffe to stay away. The pheromone is resilient to freezing, so could be used even during the Great Lakes long winter season. By using this method, scientists hope they could block ruffe from natural mating spots and thus produce a population decline.

You might not necessarily associate the ruffe as a commercially valuable fish but you would be wide of the mark in thinking that. In Russia, in the middle of the last century commercial fishing for ruffe was carried out in numerous fisheries including the Kursian Bay (Baltic Sea basin) and numerous lakes and reservoirs in the Volga, Ob and Yenisei catchments. One assumes that they were considered something of a delicacy and with a bit of clever marketing they perhaps could become so once again.

Ruffe on the decline?

Research has shown that the ruffe is a sensitive fish and cannot tolerate low oxygen levels. With its steady flow of water from the Dee downstream to Hurleston, this perhaps explains why the well-oxygenated water of the Llangollen Canal is probably the best ruffe fishery in the Trust's portfolio. The ruffe was never found in anything like the numbers that the gudgeon attained in the 1980s, so any decline is certainly less dramatic. Ruffe’s decline in Russia is, according to some scientists, believed to be linked to global warming which is impacting on the oxygen concentration in those fisheries where ruffe were once abundant. Could the same ever happen here?