A tribute to Jimmy Ridley

We recently heard the news that one of the big players in the north west angling coaching world has sadly passed away. With the help of Barry Hargreaves and National Angling Advisory Group member, Tony Campbell, we pay tribute to a man who, among other achievements, has played a key role in of angling participation on north west canals as part of our Let’s Fish campaign.

Jimmy was born in Heywood just outside Manchester in August 1945, not far from the River Roch. These days, his birthplace falls within the Greater Manchester conurbation, although Jimmy preferred to think of himself first and foremost as a Lancastrian. 1945 was a time of relief following the conclusion of six years of world conflict. Despite the surprise election of Clement Atlee’s Government, there were to be several years of austerity and rationing ahead whilst Jimmy was growing up.

After leaving school, much of Jimmy’s working life revolved around the demolition and plant hire trade. To ensure that his family had everything they needed, he sometimes worked seventeen hours a day, seven days a week. He spent a good number of years in The Gambia, the smallest country in Africa and at one time part of the British Empire, where he dealt with vehicles and machine parts. Jimmy occasionally quipped that the climate of West Africa was preferable to that of Lancashire. He retired aged 63.

With a lifelong interest in fishing, Jimmy decided to put his angling skills to good use. Along with some other Heywood locals, he was a co-founder of Heywood & District Angling Society. Jimmy was appointed as society treasurer in 2007 and retained this position until he passed away. The society based themselves at the run down Mutual Mill in Heywood. The venue had to be totally cleaned, landscaped and fishing pegs created, but with volunteer support from fellow anglers the site was eventually useable.

Persistence and tenacity were two adjectives which summed up Jimmy’s approach to life. Realising further funding would be required to progress the project further, Jimmy rolled up his sleeves and obtained the necessary finances from various institutions. A major five year works programme was instigated, including fully landscaping the site and installing disabled friendly fishing pegs, toilets and eventually a purpose-built classroom. 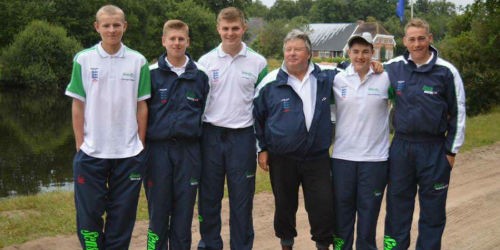 Jimmy has always been passionate about angling and his dream was to coach youngsters in Heywood and surrounding areas on a mass scale. He spent many thousands of hours with the juniors, encouraging them to enjoy angling as much as he did. It’s been estimated that over the past few years Jimmy and his team have introduced up to 2,000 people of all ages to the sport. Aware of the economic circumstances of many of his pupils, the club developed a page on their website allowing people to sell, give away or exchange items of fishing tackle. Most of the time equipment would end up being donated to Jimmy who would then find a worthy home for it.

Jimmy was a key player in the Greater Manchester County Angling Action Group which he chaired for the last two years. Here he worked alongside the likes of Darren Birch from the Angling Trust in making the group arguably the most successful of its type in the UK.

Jimmy was also appointed a Talent Coach with the Angling Trust Talent Pathway programme. This involved assessing youngsters for their suitability to be part of the Team England Junior Squad. He passed on his vast knowledge of angling to these youngsters. He was particularly proud of the achievements of Rotherham’s Jacob McNeill who, in his second year of pathway events, was selected for the U18's Sensas Squad, making the team and securing a team gold medal. Whilst part of the Talent Pathway, Jimmy worked alongside Matt Godfrey, Nick Speed, Frankie Gianocelli and Lee Kerry to name a few rising match stars. Jimmy would have fun winding them up about the fact that excepting Matt, they were not yet licensed coaches.

When Jimmy heard back in 2016 that our fisheries team had ambitious plans to deliver a nationwide series of canal-based angling taster sessions and needed the support of partner clubs, he was all ears. It was little surprise that Heywood & District Angling Society were at the front of the queue as a delivery partner. Two years and 10 events later, Jimmy and his team have introduced over 250 youngsters and their parents to canal fishing, a proportion of whom have now gone on to join the Society.

Jimmy passed away on the 20 October 2017 and leaves two sons, a daughter and grandchildren from his marriage to Pauline. His partner for the past five years, also called Pauline, will miss him terribly. There seems little doubt that his good work will now be carried out by the dedicated volunteers from the Heywood & District Angling Society, which is just what this legend of Heywood would have wanted. 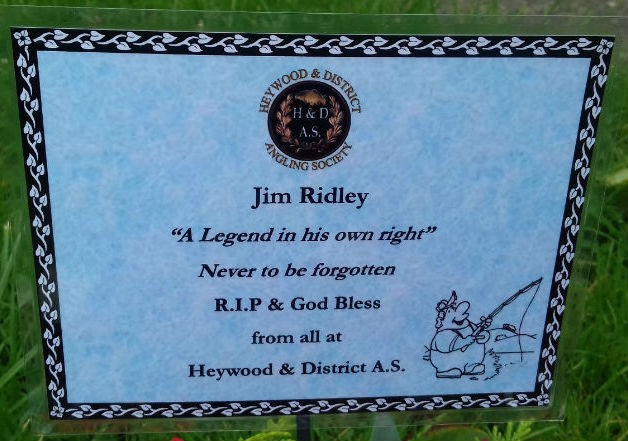