A tribute to Father Oliver Kennedy

Religious leaders have not particularly featured prominently in fisheries team blogs to date, not unless you count the pope more commonly known as the daddy ruffe in the Midlands and North. Until I came across the life story of Father Oliver Kennedy, I had never expected to be writing a tribute to an Irish Catholic priest.

Father Kennedy dedicated his life both to eels and to the livelihoods of his parishioners, many of whom depended on the eel to put food on the table. His was a quite remarkable ministry and I guess it just goes to show how religion and fish can touch all our lives in mysterious ways.

Fish and Fishermen in the Bible

Father Kennedy would have studied the bible in great detail and recognised the importance of fishermen in the establishment of the early Christian Church. When Jesus recruited his 12 disciples, most sources concur that at least six of them were fishermen by trade. These were Andrew, Peter, James, John, Thomas and Bartholomew. The fish itself is an acrostic Christian symbol and Jesus himself performed two major miracles involving fish. It is recorded in all four gospels that he was able to feed 5000 using just five barley loaves and two small fishes.

Furthermore, the Gospels of Mark and Matthew record Jesus feeding 4000 with seven loaves and a few small fish. Jesus also had an uncanny knack of knowing where fish were. History records his hugely successful recommendation to Peter to try a different fishing spot after struggling throughout the night for a few ounces. Peter and the netting team took him at his word and caught such a large number of fish that their nets began to break. What I would give to have someone like Jesus on board as part of the Trusts fisheries and angling team. That ability to multiply fish would certainly come in very handy for obtaining fish for restocking following pollutions. It might even keep a few more angling club customers happy too.

In search of Father Kennedy 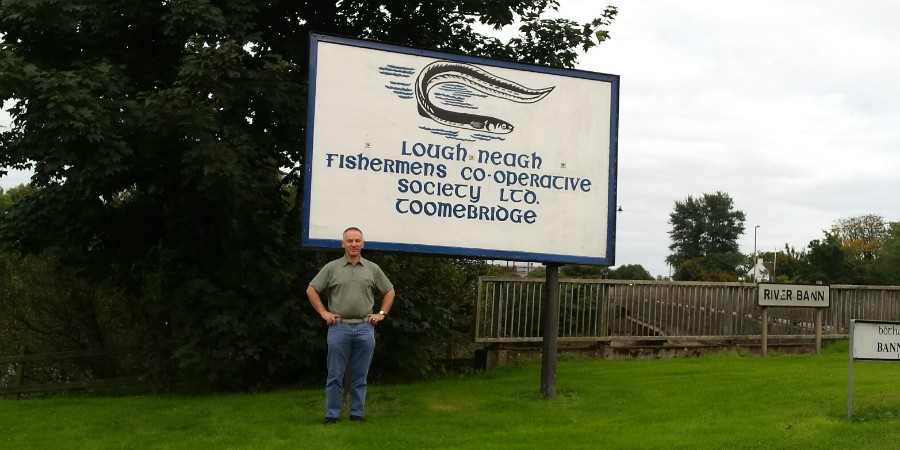 I had been informed by reliable sources within the Gloucestershire elver industry that Father Kennedy was alive and well and still doing running the show at the Lough Neagh Eel Co-operative Society. Armed with this information, I planned my first three days of annual leave for the year to take a trip to Northern Ireland with an intention of hopefully arranging to meet up with the great man. A reliable contact in the Irish fisheries world agreed that he would do his best to undertake the necessary arrangements. They say that that the national pastimes of the Irish are talking and humour. After my short but extremely enjoyable vacation, I am minded to agree with this observation. Just before I was due to depart to the Emerald Isle, I received an email informing me that Father Kennedy was not after all prepared to meet me on this particular occasion because he had passed away in August 2013. He was therefore was now unavailable for the proposed meeting.

A brief History of eel fishing at Lough Neagh

The world should be grateful to Tom Fort for having written the excellent The Book of Eels. It was here that I first learnt the detail of the story of Lough Neagh, the largest wild European eel fishery in the world and of the deeds of Father Kennedy. Irish political history is nothing if not complex. Around the time of King James 1st, a significant number of English and Scottish settlers were given what are generally considered the best lands in the six counties. The native population were essentially dispossessed as a result. Many of the dispossessed moved to the shores of Lough Neagh which in due course was also acquired by the English crown. Tom Fort covers the history of the ownership of these fishing rights in admirable detail. To cut a long story short, in an epic legal battle that came to court in 1907, Mr Justice Ross decreed that the fishing rights to the Bann and Lough Neagh had been legally acquired and lawfully passed down. They did not belong to the local incumbent fishermen.

In 1959 a consortium of Billingsgate fish merchants and wholesalers bought the fishing lease with a view to greater exploitation the silver eel run. They also operated a cartel where all eels were required to be sold through the company much to the chagrin of the locally based eel fishermen. In 1962 in the longest civil action in Northern Ireland’s legal history, Mr Justice McVeigh once again asserted that the fishing rights lay with the Stuart kings and had been lawfully passed down the line. Agreed, it was determined that the local fishermen whose livelihoods depended on the eel fishery had no rights at all.

Around this time the young Father Oliver Plunket Kennedy had not long been appointed as the parish priest of Toome. Father Kennedy’s Christian names are those of a former Archbishop of Armagh who, in the reign of Charles 2nd was falsely accused of treason. As was often the case it mattered not for the Archbishop was hung, drawn and quartered anyway. Father Kennedy was asked to help and he quickly re-organised the existing Lough Neagh Fisherman’s Association as a campaigning trade union. By raising £83,000 they quickly acquired a 20% stake in the controlling consortium. During 1971, the association, now formally a Co-operative Society acquired the remaining 80% of the shares. From 1971 until his death in 2013 at the age of 83 Father Kennedy basically ran the show. ‘Lough Neagh Eel' was even awarded Protected Geographical Indication in 2011 putting it alongside Cornish pasties and Stilton cheese. The award recognises the heritage, tradition and authenticity of the best quality eels available in Europe. 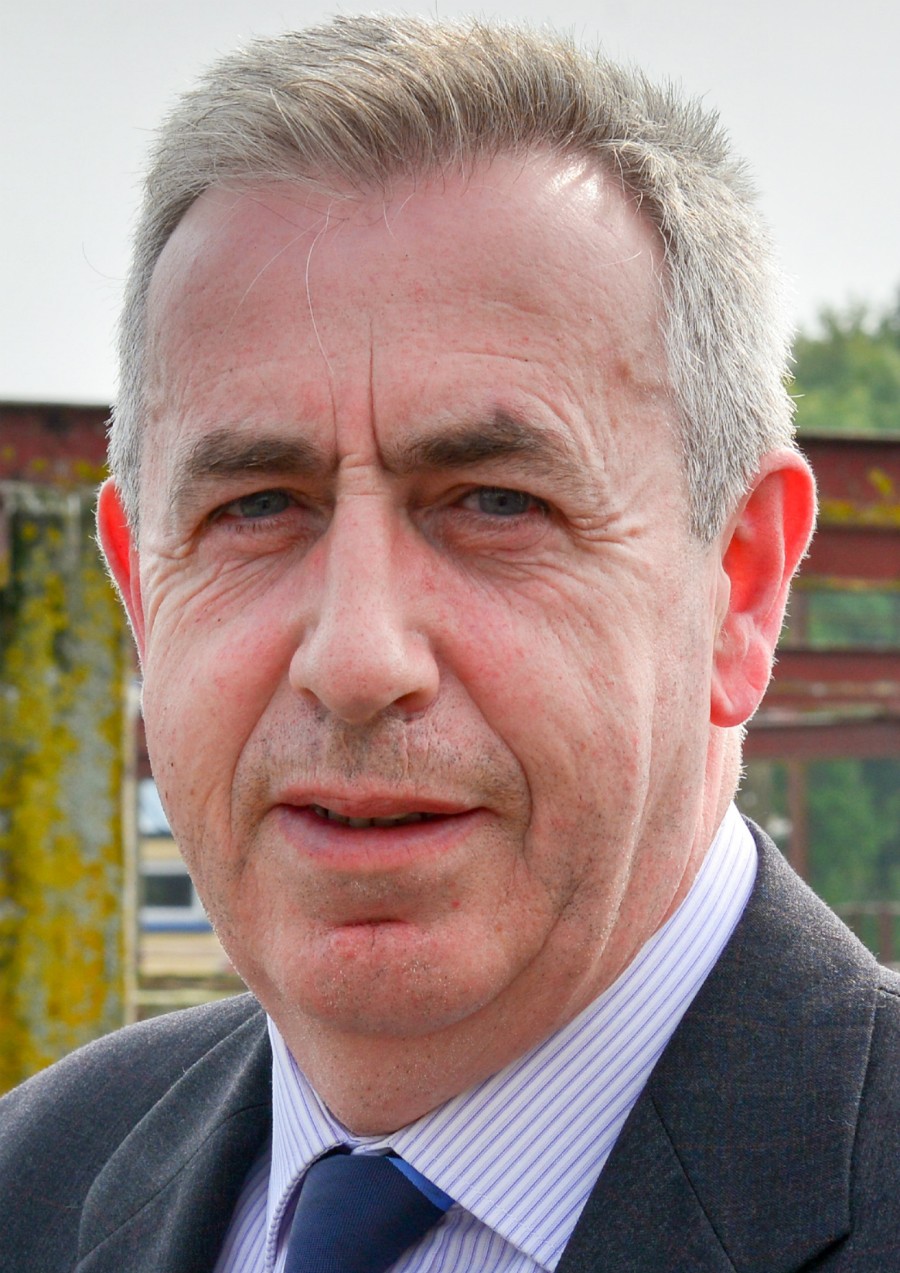 It was Father Kennedy’s successor, Pat Close who gave the eulogy at his funeral:

"As we gather here in Cargin today to pay our last respects to Father Kennedy we do so with heavy hearts at the loss of a man who has been such an integral part of the lives of a huge number of people both here in our own parish and in the parishes of neighbouring Dioceses for more than 50 years.  To use a boating term, you might say the strong guiding hand at the helm has been lost. Father’s voyage on earth is complete.

Today is a sad day and yet there is so much to be grateful for and to celebrate as we recall the life and times of an extraordinary man whose memory and legacy will endure long after we are all gone. It is fitting that so many have gathered here today to pay their own private tribute to Father Kennedy. Father’s name of course is synonymous with Lough Neagh and the eel industry which he nurtured and managed from the inception of the Co-operative in 1963 right up until the time of his death."

His reputation as a businessman and fervent advocate and representative of those involved in the industry is well known far and wide. Indeed, over the past few days as well as the tributes of the people of this and neighbouring parishes and those involved in the fishing industry all around Lough Neagh we have received messages of condolence from all across Europe and even from as far away as Singapore. It is indeed testament to the man that we have with us today friends and clients from The Netherlands who have made hastily arranged travel plans specifically to be here today to pay their respects while others who can’t be here today have visited Father in hospital in recent weeks spending three and four days here revisiting him regularly during their stay. Lough Neagh eels hold a special place of recognition in the trade but I recently learned that when customers in Europe go into an outlet to make a purchase they would often ask for Irish eels or ‘Kennedy’ eels. I think that speaks volumes.

Sadly, I arrived too late in Ireland to get to meet Father Kennedy. It is said that along with a keen business brain and an intolerance of fools, he had a keen sense of humour. I feel confident we would have got along very well. In his interview with Tom Fort when he talked affectionately of his flock, he famously quipped ‘the only time that a Lough Neagh fisherman definitely tells the truth is when he calls another fisherman a liar’. I do rather suspect that I would need to flee for the ferry at some haste if I had been overheard muttering such utterances in a Toome public house.