A tribute to David Edwards

The angling family lost another of its stalwarts recently, with the passing of long serving former Luton Angling Club chairman, David Edwards. Who knows how many club work parties Dave attended and how many letters he wrote on behalf of the club; several hundred if not thousands in each category for sure.

The club will be celebrating its centenary in 2022 and it’s fitting that David was able to see in the year, given that he and his father Bernard (Bunny) Edwards before him, held key administration roles in the club for more than half of its existence.

The Luton area has a long associated with hat making, hence the football club are known as the Hatters. Many of the angling clubs early patrons had connections with the trade. The phrase ‘as mad as a hatter' comes from the use of mercury, a metal now known to the highly toxic.

None of the clubs modern day members or officers are anything other than sane, of course. David joined Luton Angling Club in 1957 and over the years had a go at every office in the club structure. Back then, the membership was limited to 250 with a waiting list for would be members. The majority of these 250 members attended the AGM which was held in the ballroom of the George Hotel in George Street, Luton, where the Primark store is now located.

After the business had been completed and trophies and awards presented, a queue would form of members paying their subs to the then secretary and treasurer Gordon Horne. If you did not renew quickly you could find your place lost and given to a “waiter." 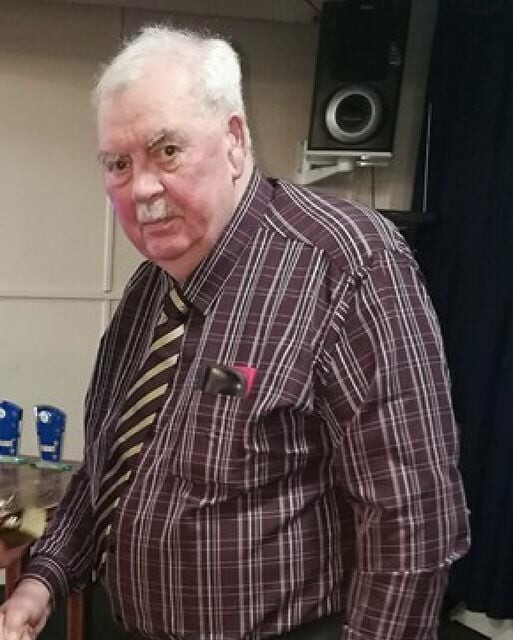 Like his father before him, David was a keen supporter of the work of the National Federation of Anglers (NFA) one of the five founding bodies of the Angling Trust and was a great admirer of the work of the likes Milton Keynes based president, Ken Ball and vice-president David Kent. Bernard Edwards had been a conference regular, rarely failing to make his voice heard during proceedings. David also rarely skipped an NFA conference back in the days when they were held over two days with hundreds of attendees packed into those seaside conference halls.

I think it unlikely that David was ever selected to have represented the Luton AC team in a national championships, but if I am mistaken about that and you know differently, please do let me know. I recall David speaking of attending nationals as a steward or spectator many times in the glory years when the crowds numbered in the several thousand. In trying to throw more light on the matter, I dropped an email to our ever helpful history and heritage advisor, John Essex. Eureka. Not only did David sit behind John on that famous Division One 1975 national occasion on the River Nene when John landed two carp, he even took photo’s as events unfolded. Many years later, he forwarded these to John with an accompanying letter. It’s a small old world sometimes.

Another one of the founding bodes of Angling Trust was the National Association of Fisheries & Angling Consultatives (NAFAC). David understood the value of fisheries consultatives and the need for the collective voice when it came to protecting the aquatic environment. With others, he was instrumental in the setting up of the Grand Union Canal Anglers Consultative (GUSAC) in the late 1990’s and many an interesting evening was spent putting the world to right in the Anglers Retreat at Marsworth.

Like other good judges, he was fearful of the impact that zander could have on native fish stocks if they spread their range southwards on the Grand Union which, alas, become reality in his latter years. Occasionally contrarian and always passionate, from time to time Dave would represent GUSAC at Thames Fisheries Consultative Council meetings and NAFAC AGM’s. Long before Let’s Fish! GUSAC, in partnership with the then British Waterways, ran the Grand Union junior angling championships with David often having an active involvement.

He would be proud of the efforts of the Luton Let’s Fish! coaching team in introducing the next generation of anglers to the sport, some of whom might yet follow in the footsteps of strong Luton junior teams from times gone by. For a while David sat on the British Waterways Fisheries Liaison Committee representing the interests of customer clubs in the south east. This committee evolved into the Trust’s Fisheries & Angling Advisory Group upon which another Luton stalwart, Dennis Hunt currently sits. Dave finally stepped down from active club duties in 2011 and was duly elected as club president.