Will you help us?

Almost two thirds of households near our waterways are disadvantaged. Help support our community projects along canals and rivers

View this page in Welsh

Who built the 'Stream in the Sky'? Surely everybody knows it was Thomas Telford. Right? Only a genius such as he could build the highest, longest and most elegant aqueduct in the UK?

But this was not an exercise in showcasing civil engineering prowess. Perhaps the ‘why’ it was built better explains ‘who’ built it. This was about cold, hard cash. Supplying the factories and foundaries in the North Wales and Boarders area. And providing a route to market for the industrial goods they made. 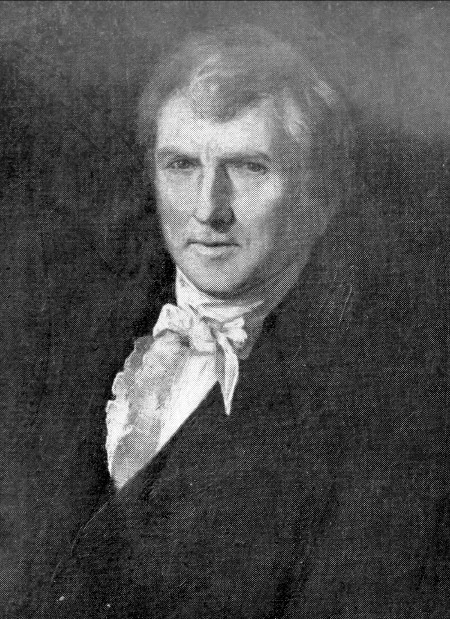 The aqueduct was indeed built by Thomas Telford – one of his first major feats of civil engineering. But he was closely watched by William Jessop (pictured), the more experienced canal engineer.

Despite considerable public skepticism, Telford was sure his construction method would work: he had previously built at least one cast-iron trough aqueduct – the Longdon-on-Tern aqueduct on the Shrewsbury Canal. You can still see it in the middle of a field, though the canal was abandoned years ago.

Expansive – or should that be expensive?

It was opened on 26 November 1805, having taken around 10 years to design and build at a total cost of £47,000. (For those of you counting, that’s £3,410,000 in today’s money). Imagine trying to build it today! Big infrastructure projects like HS2 or the next runway at Heathrow or Gatwick are likely to cost hundreds of millions. But our Victorian cousins didn’t have to deal with today’s wages, safety measures, new regulations and taxes, financing fees… we could go on.

And we do, come along to our free visitor centre for the full story of who, what and why the aqueduct was built – even have a go at building a model of it yourself! 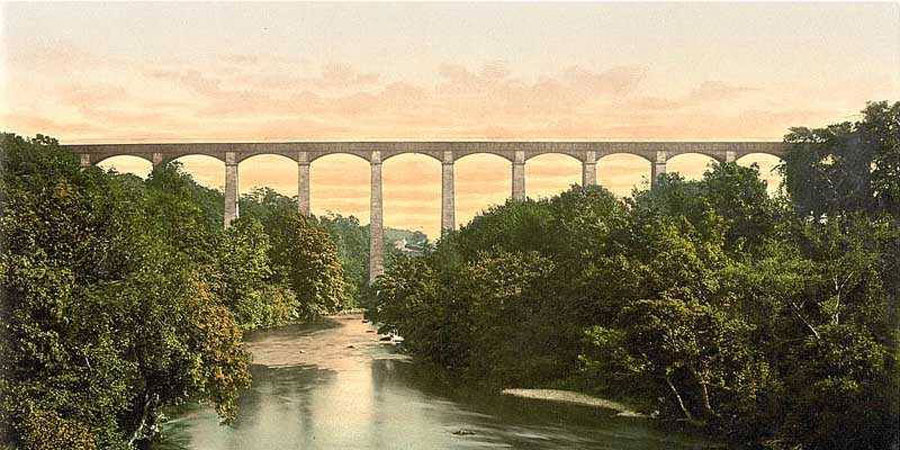 ...the mortar used lime, water and ox blood, believed to strengthen the mortar.

...the iron castings for the trough were produced at the nearby Plas Kynaston Foundry, Cefn Mawr, which was built by the Shrewsbury iron founder and millwright William Hazledine.

...the trough was made from flanged plates of cast iron, bolted together, with the joints bedded with Welsh flannel and a mixture of white lead and iron particles from boring waste. 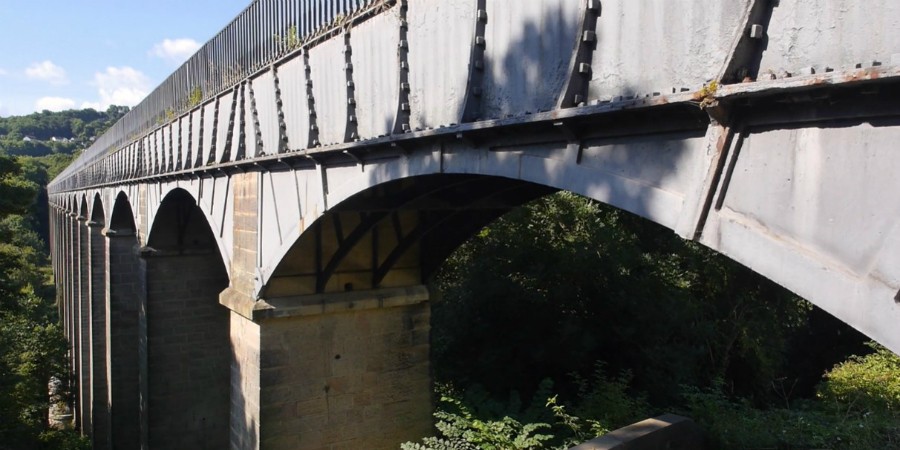 ...the trough is not fastened to the arches, but lugs are cast into the plates to fit over the rib arches to prevent movement.

...the aqueduct was left for six months with water inside to check that it was watertight before boats were allowed to cross.

...the towpath 'floats' above the water, carried on cast-iron pillars in the trough. This allows the water displaced by narrow boats to flow easily under the towpath and around the boat.

...the trough sides are only about 15 cm (6 inches) above the water level, (less than the depth of freeboard of an empty narrow boat), so the helmsman of the boat has the impression of being at the edge of an abyss. As this amazing aerial shot ably demonstrates. 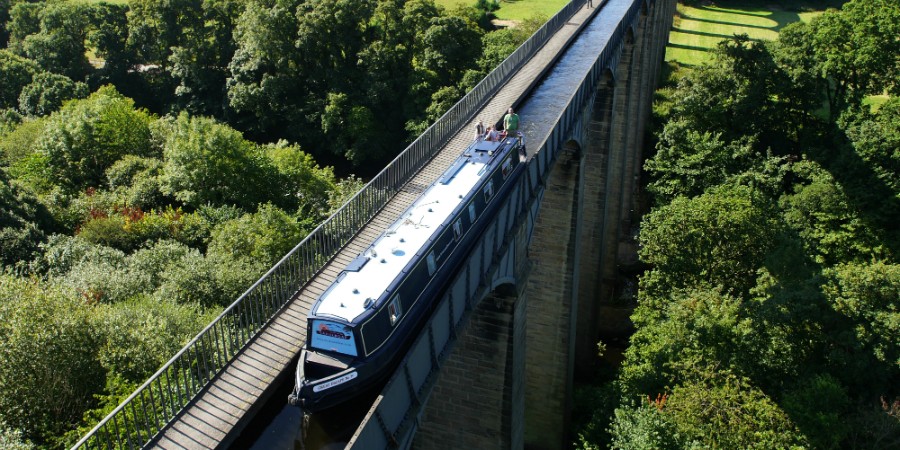 Find out more about the history of canals, locks, tunnels and, of course, aqueducts in our Canal history pages.