Have you noticed that wide beam boats are becoming more common? It’s easy to understand why - if the boat is a permanent home then all that extra space comes in very handy. But have you thought through all the pros and cons?

With house prices, particularly in the London area, pricing many people out of bricks and mortar and onto the water, houseboats and wide beams might seem like they offer an affordable answer.

Big on the inside - big on the outside

Unfortunately, wide beam boats don't have the same qualities as the Tardis – big on the inside still means big on the outside. Increasingly, we’ve been hearing concerns that, as with any boat on a canal or river it wasn’t designed for, some wide beams have inadvertently caused issues.

If all canals and rivers had broad canal dimensions there wouldn’t be any issues but, as you know, they don’t. Some were originally built for short and wide boats and others quite the opposite! While width is probably the main limiting factor (especially at bridge holes and locks), longer narrowboats can come unstuck in places like Yorkshire where some locks can only accommodate up to 57ft.

So, if you’ve got a big ‘un (anything wider than 7ft) or are thinking of upgrading or buying one, what sort of things should you consider? 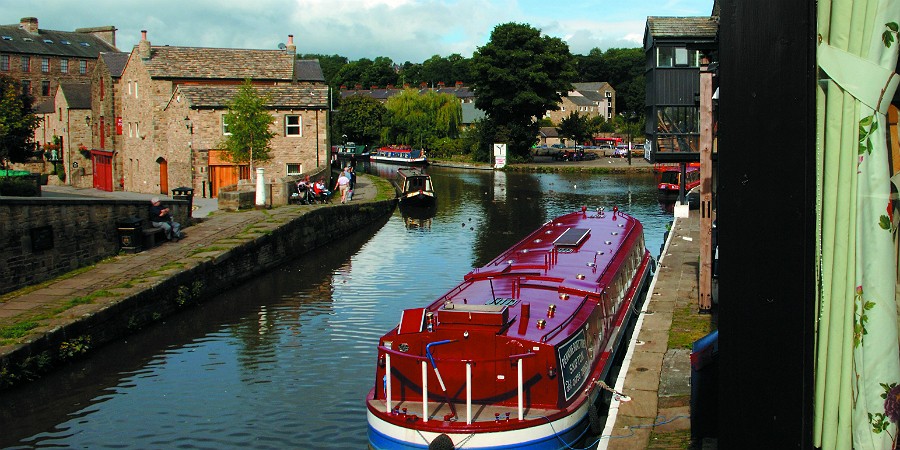 Regardless of how wide your boat is, we know that the overwhelming majority of boaters are considerate and conscientious. Most have a blissfully fulfilling time because they know life is better by water. That said, we do appreciate that the bigger the boat, the bigger the list of considerations so we’ll be here to help over the coming months and years with more advice and information.