Canal enthusiasts across the country start a year of celebrations this month to mark the bicentenary of the completion of Britain’s longest single man-made waterway, the Leeds & Liverpool Canal, on 22 October 1816.

The celebrations will be led by the Canal & River Trust the Leeds & Liverpool Canal Society, the Inland Waterways Association and the 12 boroughs through which it travels. 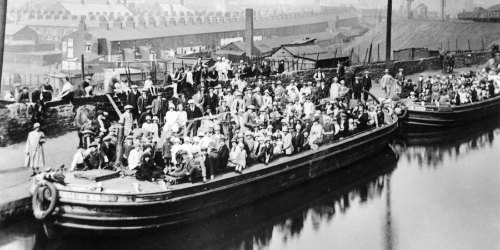 These will culminate in October 2016, with the awarding-winning, heritage education boat, Kennet, run by the Leeds & Liverpool Canal Society, re-creating the first complete trans-Pennine journey along the canal by the merchants of Yorkshire and Lancashire 200 years ago.

Chantelle Seaborn, local waterway manager with the Canal & River Trust, said: “The Leeds & Liverpool Canal is such a special waterway and it’s fantastic that so many people want to celebrate this landmark anniversary with festivals and other events.

“To leave a lasting legacy, we will be launching a major project EveryMileCounts in November to replace the missing or severely damaged mile markers which have been lost from the canalside over the last two centuries.

"We are very excited to work with local communities who want to be involved with refurbishing or replacing mile markers, and are looking for sponsors who would give £200, in our 200th year, to help with this important legacy project.”

Any organisation or volunteer who would like to get involved in the bicentenary celebrations, should contact Canal & River Trust project manager Sarah Knight, email sarah.knight@canalrivertrust.org.uk.

With rural walks, noteworthy heritage and peaceful boating, its 127 mile length has a lot to offer