We have secured the long-term future of the historic narrowboat, Gifford, by accepting the offer of donation from the Waterways Museum Society.

The Society, which has existed from the early days of the National Waterways Museum at Ellesmere Port, is unfortunately having to cease activities at the end of September prior to being formally wound up early next year due to a significantly reduced active membership. Discussions are underway  to see how other activities and assets of the Society might also be maintained by the museum.

Barbara Kay, the current society chairman said, “Securing the future of Gifford has been the main focus of the Society’s efforts over recent months in preparation for its closure and I am very pleased that the Trust has agreed to formally add the boat to its collection, which will ensure the future care of one of the museum’s long standing principle floating exhibits.”

A brief history of Gifford

Gifford was built in 1926 and worked on the canals of the North West and Midlands, carrying tar and petroleum products. She finished her working life in 1963 and eventually came into the private ownership of Edward Paget-Tomlinson, one of the founding members of a group of dedicated volunteers who spearheaded the establishment of a waterways museum at Ellesmere Port in 1976.

Gifford, a bulk liquid carrier, is one of the last surviving examples of her type, and as such is recorded with National Historic Ships as part of the elite 'National Historic Fleet'. She was an exhibit at the museum from the very start and has always been an integral part of the museum experience. Although displayed at Ellesmere Port for all those years, she has up to now remained in the ownership of the Society who have lovingly maintained and restored her. 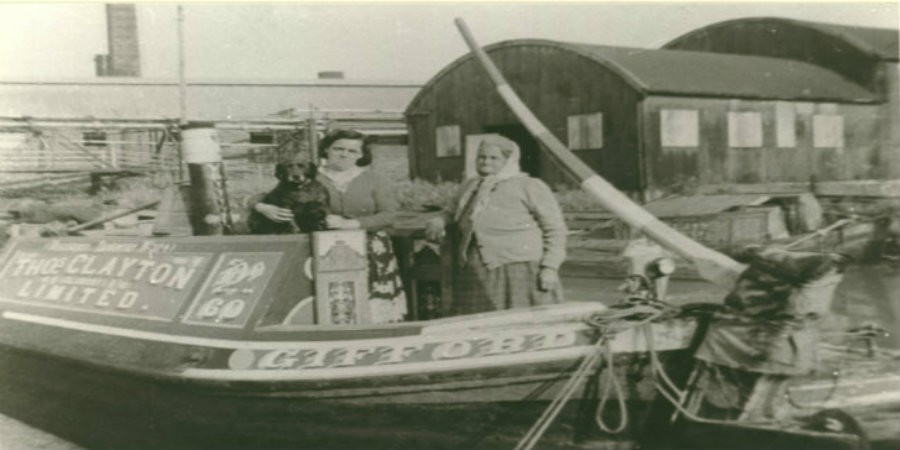 Graham Boxer, head of collections & archives, said: “Ever since the Museum came into the care of the Canal & River Trust in 2012, Gifford has been a key exhibit in helping us tell the waterways story to all our visitors both young and old. The Trust is sorry to see the Waterways Museum Society fold, an organisation that has been supporting the museum since the early days.

"We are pleased they have offered to donate Gifford to the Trust and place their confidence in us to safeguard the vessel for future generations to enjoy. The Canal & River Trust continues to invest significantly in its nationally important collection and holds full accreditation from Arts Council England.

"We look forward to working with our fantastic volunteers to ensure that Gifford continues to be enjoyed by the many visitors to the waterways, in the same way as it has under the care of the Society.”