£1 million improvement of Leicester’s waterways gets under way

The latest phase in a major programme of improvements to our waterways in Leicester is set to get under way early in the New Year.

We are about to begin a £1 million programme of works that will improve the Leicester Line of the Grand Union Canal. As well as being of benefit to boaters, the works will make it easier for people living and working nearby to feel the health and wellbeing benefits of being by water and provide a welcome boost to the local economy.

The improvements are being funded through the Local Growth Fund following a successful bid by the Leicester and Leicestershire Enterprise Partnership (LLEP), Leicester City Council and the Trust.

The first phase of the project will see 1.5km of towpath improved between Kings Lock and Aylestone Mill Bridge. The path is currently muddy and uneven in wet weather and the improvements will see the path widened and a new all-weather surface laid making it suitable for use all year round by walkers, considerate cyclists and those with buggies or wheelchairs.

In addition, better access points are to be created at Packhorse Bridge, to link in with wider improvements being made in the area, particularly the new Marsden Lane ramp being built by Leicester City Council.

The aim of the works is to encourage more people to use the canal towpath and feel the known health and wellbeing benefits of spending time by water. The new path will link in with other local walking and cycling routes, including the Great Central Way and the Marsden Lane ramp, creating attractive circular routes for local people to explore.

It’s also anticipated that the new path will provide a boost for local businesses with links to Everards Meadow, where visitors can grab a coffee or hire a bike, Fosse Park and other local shops, pubs and cafes. Works are due to begin this month and last for around 17 weeks.

A further phase of the project is also starting in January with improvements to Blue Bank Bridge. The bridge, which forms part of the busy route linking the Great Central Way with Everards Meadow, is to have a new, more even, surface laid over the top of it. There are also plans to create better access from the bridge down onto the canal towpath as well as improving signage to make it easier for people to find their way around the area. The Trust will also be creating new visitor moorings near the bridge, giving visiting boaters the opportunity to moor up and explore Everards Meadow and other local attractions.

The final aspect of the waterway improvements comes further north with new boat moorings to be created at the city’s historic Memory Lane Wharf, enabling boaters to stop off and explore the city.

The project will involve six to eight residential moorings and four to six secure visitor moorings created with electric hook-ups, water point and waste facilities. The plans have been drawn up in consultation with the Inland Waterways Association. 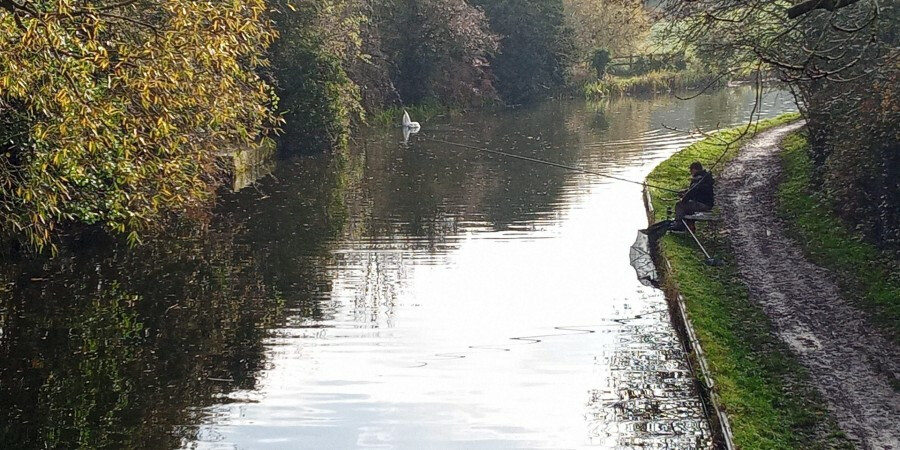 Phil Mulligan, our regional director, said: “This is an exciting time and the investment that is being put in over the coming months really demonstrates the importance of Leicester’s waterways, which help to connect communities and provide vital routes that link people and businesses.

“It’s also very timely; never more have we needed good quality outdoor space on our doorsteps, and research shows that spending time by the water can really boost our physical and mental health.

“We hope that these improvements will encourage more people to enjoy some time by the canal, attract more boaters to visit the city and surrounding areas and give the local tourism economy a real boost. We’re very grateful to our funders and partners for recognising the importance of the canal and helping us to make it even better for those living and working nearby.”

Deputy City Mayor for environment and transportation Cllr Adam Clarke said: “Leicester boasts some beautiful riverside and towpath routes but there are some parts that need a bit of a lift.

“We are really pleased to be working with partner organisations like the Canal & River Trust to make our waterways even more attractive to visitors and encourage people to explore more of the city’s beautiful riverside and canal by walking and cycling.”

Kevin Harris, Chair of the LLEP Board of Directors, said: “It’s great to see yet more improvements along our waterways to make the area even more attractive to visitors, which in turn will boost the local economy.

“Our canals and rivers are a hidden gem and played a major role in building our economy and making Leicester the city it is today. I’m therefore delighted that we were able to use our Local Growth Fund allocation to support a project that links our industrial heritage with our green, sustainable future.”