Angling writers generally make pretty good storytellers (even if those yarns are sometimes laced with more than a touch of creativity). But Hubert Edward Lance Falkus didn't need to make any stories up. His real-life exploits are the stuff of legend.

"He worked harder, longer, more intensively than any angling writer I have known, and took great pains over every page. He would sit up half the night to make one perfect sentence."

A true all rounder

He was a fisherman, naturalist, writer, pilot, film-maker, all-round sportsman – and he excelled at them all. He caught his first fish (a whiting) aged four, learnt to shoot when he was six, and was an expert sailor at 15. Three years later, he had learnt to fly, and at 20, he was an RAF pilot. 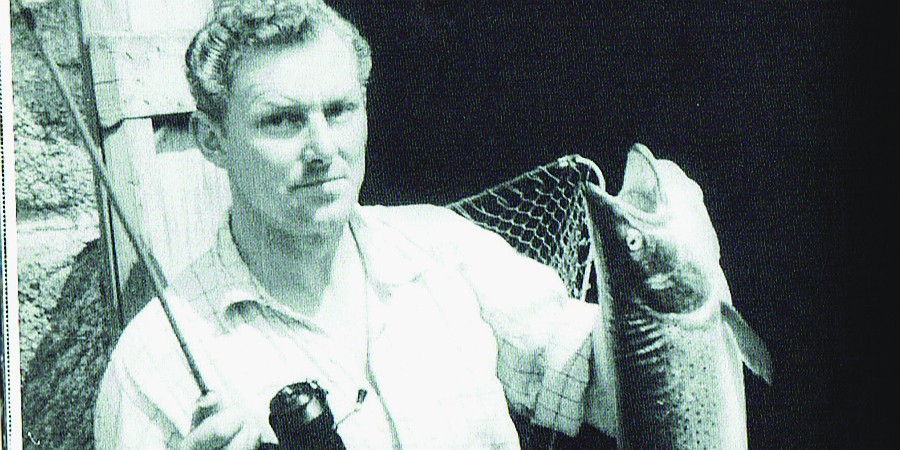 During the Second World War, flying a Spitfire, he was shot down over Dunkirk while wearing his pyjamas under his flying suit.

Though imprisoned for nearly five years, he was a constant thorn in the side of his captors, spending much of his time building escape tunnels under a series of prison camps, including the notorious Stalag Luft III, where he worked on the wooden horse tunnel, filmed as The Great Escape and The Wooden Horse.

In one camp, he captured and casseroled the commandant's favourite cat. He added insult to injury by making himself a pair of catskin gloves. He eventually escaped back to England, but arrived just 10 days before the war ended.

After the war, Falkus worked for the BBC as a scriptwriter and actor. While with the natural history unit, he made a film about seagull behaviour, 'Signals for Survival', working alongside Nobel prize winner Niko Tinbergen. It won the Prix Italia (one of the world's leading film awards) in 1969, and took first place at the 1969 Montreux Film Festival.

Hugh made several other wildlife films covering subjects as diverse as carnivorous plants, rooks – and salmon. His 1977 film 'Salmo the Leaper' is still highly watchable today. He scripted and narrated all 40 English episodes of Jacques Cousteau's 'The Silent World'.

A quick learner, he left the BBC to run his own film business. Tragedy struck while making Shark Island, a documentary about catching basking sharks off Ireland's west coast for their huge, oil-bearing livers.

Off Achill Island in May 1951, their boat capsized. Hugh, who swam for eight hours in fierce seas to seek help, was the only survivor. The other three, including his wife Doris, all died. He blamed himself for this, and it probably accounted for the demons that beset him in later life.

On many occasions, he was the victim of what Hemingway described as "black dog".

Hugh fell out with nearly everyone he worked with. His close friend Michael Daunt describes his failings as "glaring and gargantuan". He was often outspoken, rude, arrogant, egotistic and bullying. Fred Buller, who wrote two books with him, wrote: "Hugh's stormy disposition made him a very difficult man not to fall out with."

He was once close friends with the fine writer David Profumo, who took him to task in the Daily Telegraph over Hugh's view that catch-and-release was nonsense. He believed it was demeaning to fish, reducing the sport into a game and fish to the status of playthings. He didn't speak to David for years.

But he could also be loyal, compassionate and generous. For all his faults, Hugh had great charm and magnetism, especially to women and he married four times. Hugh was a mesmeric storyteller, both on film and in print. Fred Buller called him "the most extraordinary person I ever met", and added: "His company was unendingly stimulating."

Fred wrote the classic Freshwater Fishing with him as well as 'Successful Angling' (1977), also penned with Fred J Taylor and Richard Walker' Though known primarily as a game angler, Hugh was not elitist, and had just as much respect for a dace as a salmon. 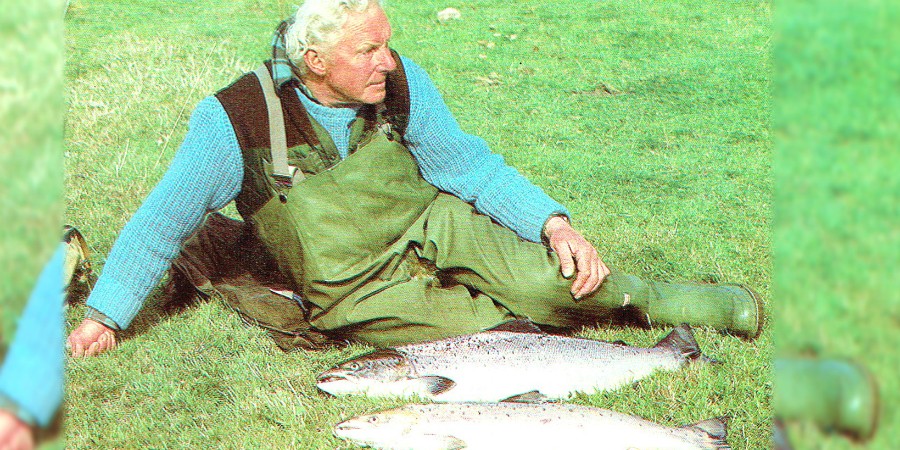 He was a wonderful observer of nature, with a brilliant ability to convey this to a wider audience.

Game fishing and other books

His books, 'Sea Trout Fishing' (1962) and 'Salmon' (1984) are superbly written and are still in print today. In the latter part of his life, he taught fly-casting, becoming a highly acclaimed instructor, though those who did not match up to his formidable standards soon felt the rough edge of his tongue.

His final book, 'Speycasting' (1994), described his techniques. In the introduction to the 1990 book 'Salmon and Women' he firmly believed that women made better salmon anglers than men as they were much more apt to listen to advice and then put it into action.

When he died in 1996, David Burnett wrote in an Independent obituary: "He worked harder, longer, more intensively than any angling writer I have known, and took great pains over every page. He would sit up half the night to make one perfect sentence."