History of the Kennet & Avon Canal in Bath

An east-west inland waterway was discussed in Elizabethan times but nothing happened until the early 1700s, when stretches of the rivers Kennet and Avon were made navigable to Newbury and Bath respectively. 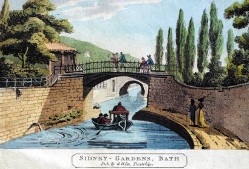 Bath was a popular place in the 1700s, attracting thousands of fashionable and wealthy visitors including members of the Royal Family. They came to ‘take the waters’ at the spa and to enjoy the social activities taking place in the city at the Assembly Rooms, the Pump Rooms and the theatres and music halls.

Huge loads of coal came into Bath via the canal to heat the spacious Georgian mansions for these visitors.

Built as a commercial transport route between 1794 and 1810, the Kennet & Avon Canal transformed Bath, providing safe and efficient travel between London and Bath, and via the River Avon, to Bristol.

Before the canal, the journey to London involved a difficult overland route or a perilous sea journey via the Bristol Channel and around the south coast. The canal shortened the journey, offered a safe and efficient route and created new opportunities for trade and transport. Bath stone could be delivered easily to London and other cities, and tons of coal, food and other goods essential for Bath’s profitable tourist industry could be broughtinto the city.

The canal flourished between 1810 and 1840, carrying stone from Bath and bringing coal and domestic goods into the city. It reached its trading peak in 1840 transporting building materials for the Great Western Railway. 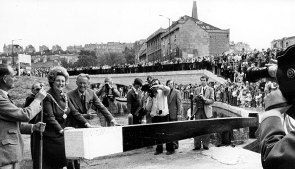 Ironically the railway signaled the end of the canal’s prosperity as it offered quicker journeys for goods and people. Canal trade then gradually decreased until stretches became virtually derelict in the 1950s.

The creation of the Kennet & Avon Canal Trust in the 1960s reversed the decline, and now the canal and its towpath is popular with walkers, cyclists, fishermen and boaters.

A potted history of the Kennet & Avon Canal