Also know as the Fisherman's bridge.

This is an old packhorse bridge which was built to allow horses transporting heavy loads along the old packhorse routes to cross the newly built canal.

The low arch is painted white so that boats approaching the bridge do not collide with it.

The northern side of the bridge is higher because it is built into a bank.

It was originally called Scourer Bridge but became known as Fisherman’s Bridge when the Fisherman’s public house was built nearby around 1880.

There were three wharves at Scourer Bridge, with the largest on the south side extending to Dowley Gap Locks one way and the same distance back towards Bingley.

Urban manure and sewage may have been shipped to the wharf for spreading on the fields, and agricultural produce shipped to local towns.

Hear about the horse escape ramp. 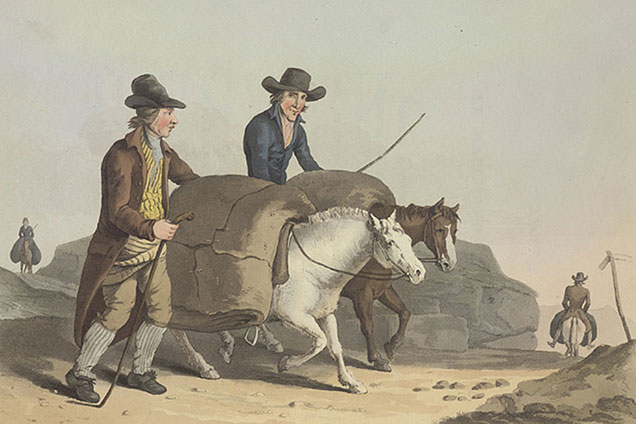 Packhorses were obliged to carry heavy loads and it was far less effort to pull a canal boat.