Saltaire Park was created by Sir Titus Salt in 1871. Most of it was taken up by the cricket field.

There were also facilities for tennis, archery, croquet, a promenade walk with alcove seats and a bandstand flanked by two cannons captured at the battle of Trafalgar.

After the death of Sir Titus, the Salt’s company and Saltaire went into decline.

Sir James Roberts took over the company and became the new landlord for Saltaire.

In 1903 he erected a statue in honour of Sir Titus Salt on top of the cricket pavilion in the park.

Sir Titus is holding a plan of Saltaire but rather strangely he is looking away from it.

In 1920 Sir James gave the park to the community in memory of his eldest son and it became known as Roberts Park.

Smoking, gambling, begging and swearing were strictly forbidden, and visitors were warned against damaging the cannons or flagpole!

The original cricket pavilion dating from 1871 was an attractive half-moon shaped building and is now a popular local cafe run by the cricket club.

The park was restored in 2010 with a new bandstand and refurbished promenade terraces, alcove seats and planting. 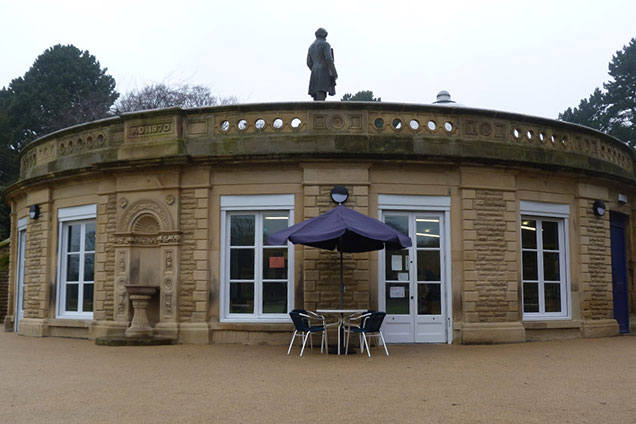 Half Moon Cafe, the former cricket pavilion, with a statue of Sir Titus Salt on top. 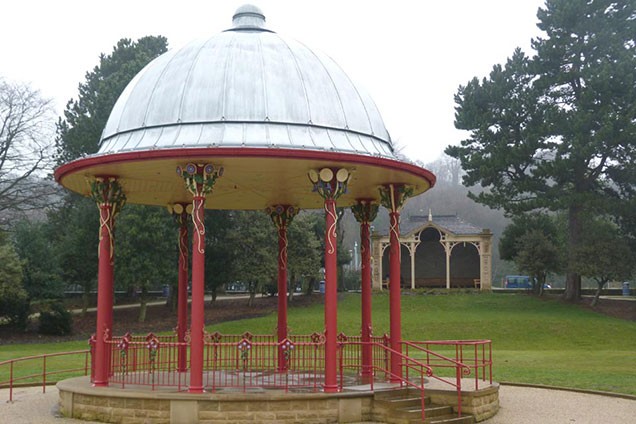 New Bandstand Roberts Park. The old bandstand and cannons were taken for scrap during the Second World War. 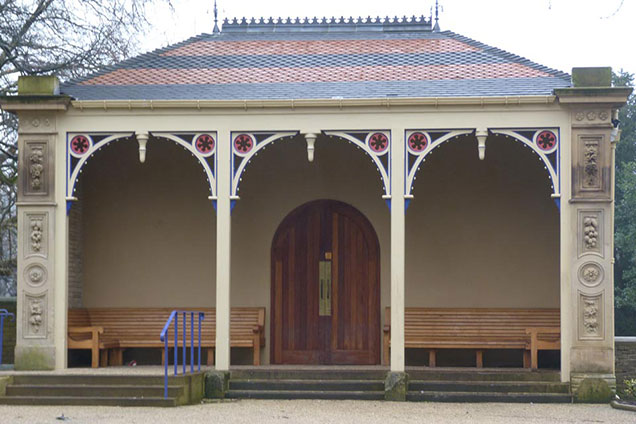