The brightly painted narrowboats that you see on the Leeds & Liverpool Canal today are very different from the boats that used to work on the canal.

A distinctive type of boat was developed for the locks on the Leeds & Liverpool Canal. The ‘short boats’ were around 18m (60 ft) long and just over 4 metres (14ft) wide.

They were based on boats that worked on the Aire & Calder and Humber rivers.

Initially they were drawn by horse. After 1880 steam boats were used on the fast 24 hour flyboat service which carried perishable goods and passengers.

Steam powered boats were widely used from the 1930s onwards and could tow three or four ‘dumb’ or unpowered boats.

Their main cargoes were coal and limestone, but they also carried a wide range of other goods. Boats were also used for maintenance, ice breaking and a range of other tasks.

The boats were decorated in a distinctive style known as ‘Brightwork’, which was very different to the roses and castles of the midlands canals. 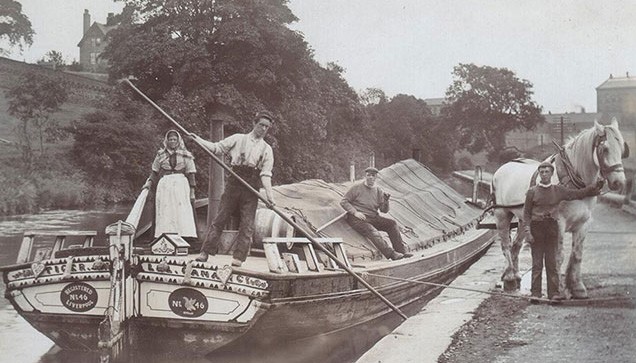 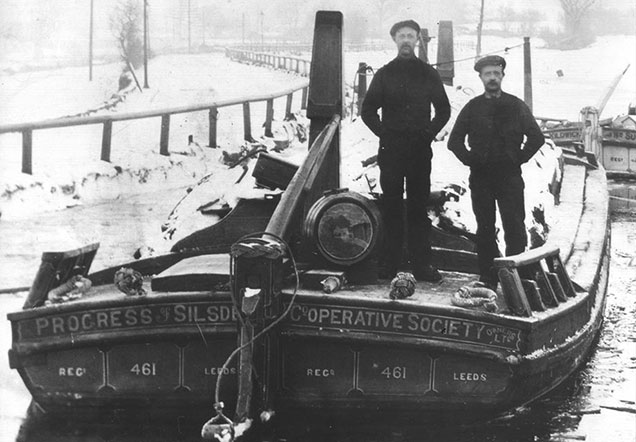 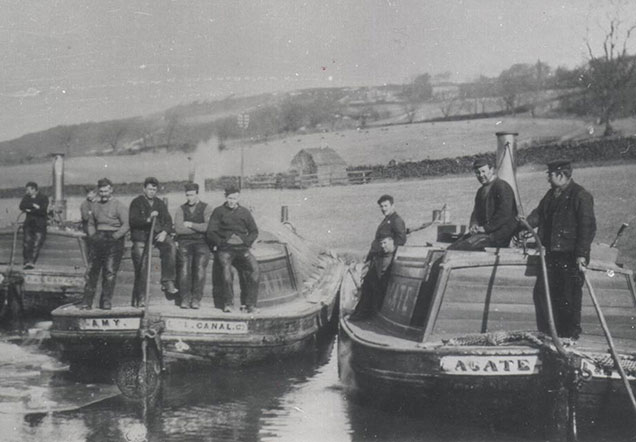 Steam flyboats Agate, Amy and Beaver ice bound at the top of Five Rise Locks around 1915. 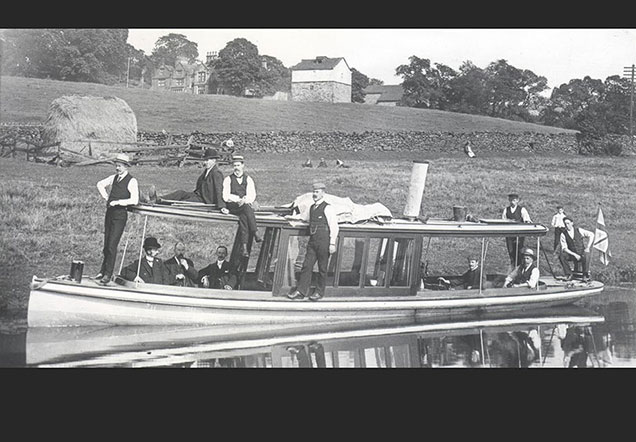 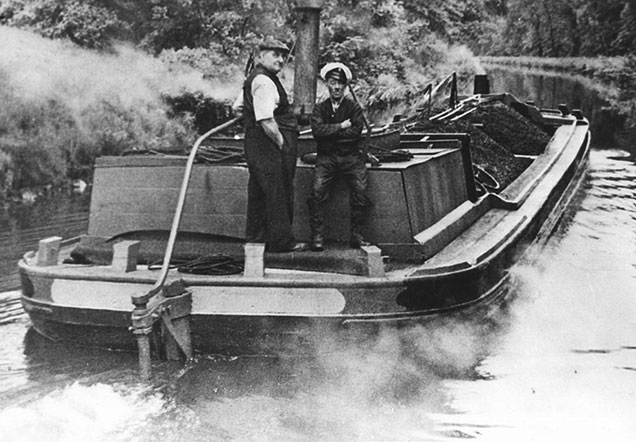