'Corridor for Nature' competition - the winners!

After receiving hundreds of entries, we are thrilled to reveal the winners of our nationwide Corridor for Nature competition.

Canals are important wildlife corridors, connecting towns and countryside and allowing wildlife to flow freely between the two. It's not just aquatic species that benefit from the habitat of a canal, though; canals have six distinct habitats which support a plethora of flora and fauna.

To inspire children about the importance of canal habitats, the education team ran a competition, supported by players of the People's Postcode Lottery, called Corridor for Nature. We invited primary schools across England and Wales to design a habitat garden for their school grounds, inspired by the habitats found along a canal. With the help of our guest judge, the author of children's book series 'Chico Chugg', we picked one winning school to have their design transformed into reality by a landscape gardener, and five runner up schools that received some equally fantastic prizes!

Pupils Ned Hassan and Molly Ord (pictured) were responsible for the winning design - which is now being transformed into a habitat garden in their school grounds. Watch this space for the big reveal! 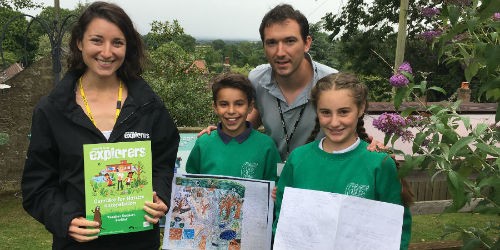 Each runner up school has received a selection of wildlife and conservation prizes to encourage wildlife into their school grounds. These include an insect study centre, hedgehog shelters, bird boxes, camera traps and butterfly biomes. 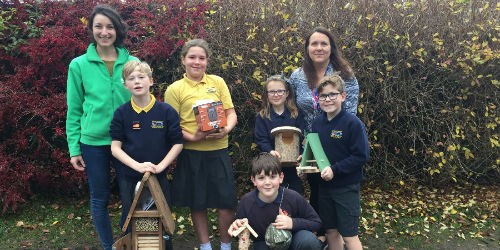 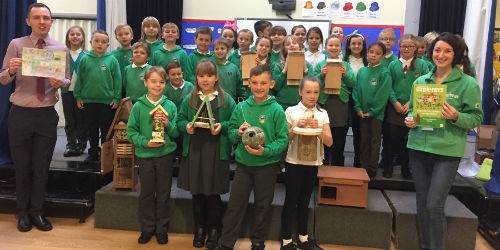 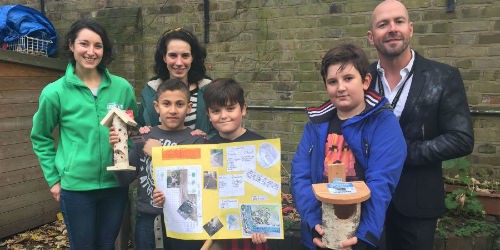 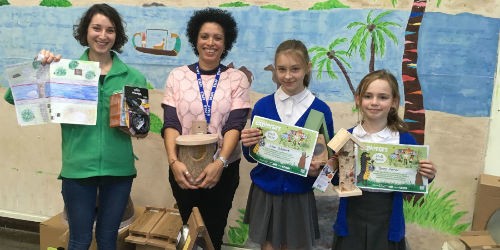 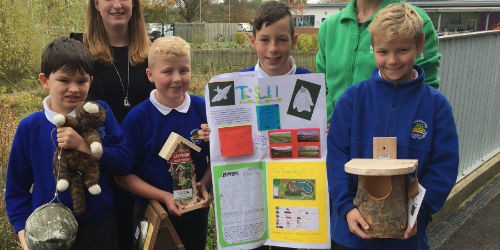 Congratulations to all of our winning schools. To be the first to know about upcoming competitions, sign up to our free newsletter.