Lest we forget - war memorials on the waterways.

War memorials are a potent symbol of the sacrifice made by millions of men and women during the World Wars. This includes hundreds of men who lived and worked on Britain’s canal network and signed up to fight in a range of regiments from across the country.

Recently we shared the story of the successful restoration of a wartime record found in Ellesmere Yard in Shropshire. The listing names the local fallen canal men of WWI. The record had become dangerously damaged and greatly benefitted from staff and volunteer efforts, working with professional paper conservators, to restore and preserve it as a memorial to those who made the ultimate sacrifice. 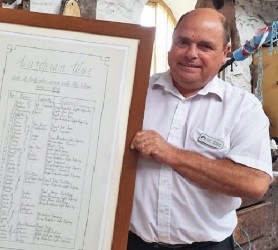 Figure1: A facsimile of the restored Ellesmere Yard war memorial, the original is now held in the National Waterways Museum.

We are now commemorating the many canal workers who contributed to the war effort. As part of our campaign we would like to record memorials on our waterways and rediscover whose war memorials that may have been forgotten.

War Memorials are often found in towns and villages to commemorate the local dead. Canal workers were often on the move and so rarely had strong links to one place. They didn’t belong to a settled community or have a fixed location they called home. In some places a company or factory erected a plaque to remember their workers. The Manchester Ship Company, for example, installed a plaque on the canal side which can be seen in the National Waterways Museum at Ellesmere. It lists 46 names for WWII and 243 for the First World War.

Tell us your stories

On a smaller scale, plaques were erected to remember all the fallen of a village, to mark the passing of local fathers and sons. The two plaques on the side of the Gilbert Gilkes workshop, by the canal in Kendal, lists just a handful of men who worked there serving the canal industry before tragically falling in France. These memorials show the importance of community and the devastating impact war had on groups of fellow workers.

Figure 2: The war memorial at the Gilbert Gilkes Workshop in Kendal commemorating the fallen workers of this small community of workmen in the canal industry.

A large commemorative plaque adorns the wall at our office in Fearns Wharf. It recalls the men who worked on the Aire & Calder Navigation of West Yorkshire, and research into the story of these canal servicemen tells many moving stories. At Cambrian Wharf, in Birmingham there is a plaque recording the vital contribution of canal men and women to the war effort which serves to remind passers-by of the important role canals and their workers played in our history.

On January 14, 1941, Victor de Laveleye, former Belgian Minister of Justice suggested in a broadcast that Belgians use a V for victoire (French: “victory”) and vrijheid (Dutch: "freedom") as a rallying emblem during World War II. On July 19th  1941, Winston Churchill referred approvingly to the V for Victory campaign in a speech and began using the V hand sign. Three days later, waterway workers made their own V for victory on a wall near the pump house in Sprotborough, on the Sheffield & South Yorkshire Navigation. 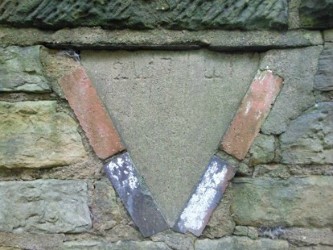 Figure 3: a vernacular memorial - V for victory - built into the wall near Sprotborough pump house serves as a reminder, dated 21-7-41.

We’d like to hear your stories about canal servicemen and how they have been commemorated. Our aim is to expand our understanding and records on the men and women who served in the war and deserve to be remembered for their service, now and long into the future.

Tell us your stories