Our conservation and construction team has peeled back the layers of the old museum. After removing the objects from the floors, we were able to see the spectacular craftsmanship of the building for the first time. 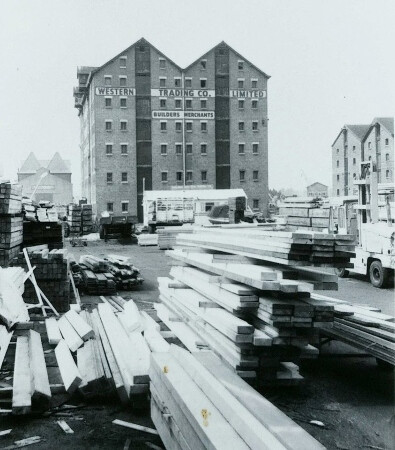 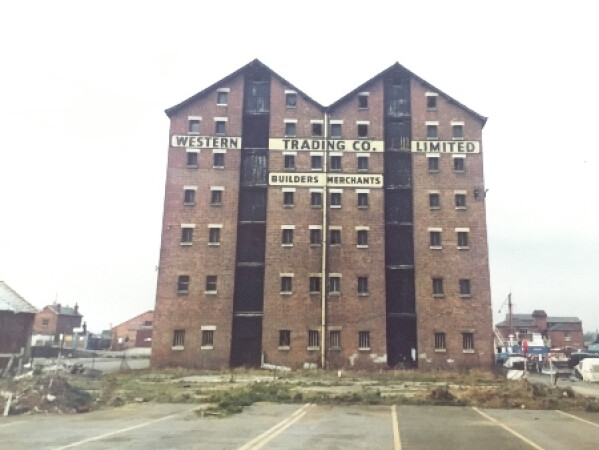 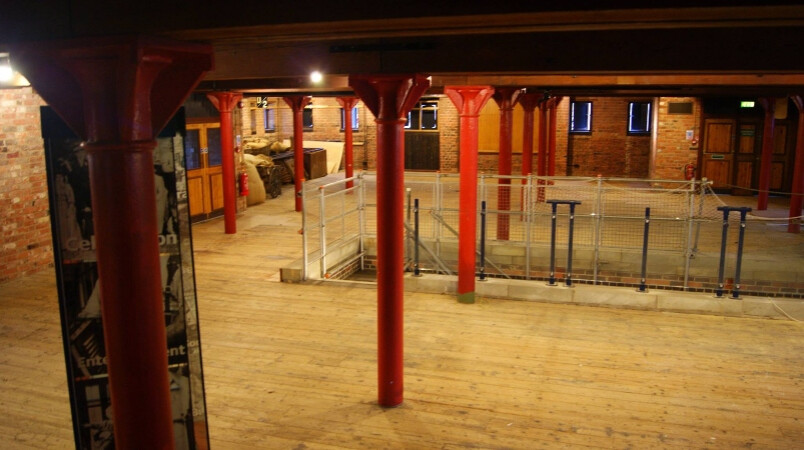 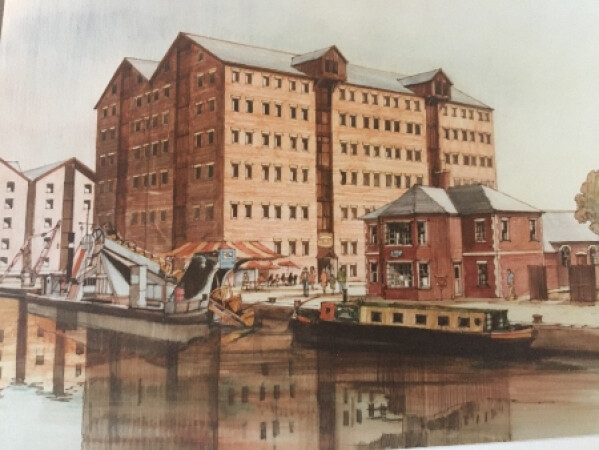 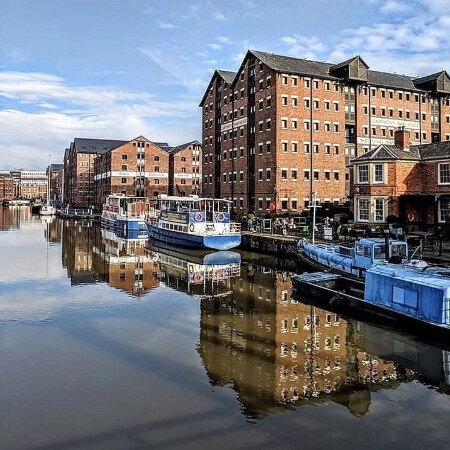 A port since the granting of its Royal Charter in 1580, Gloucester became a centre for the corn trade in the 1840s when foreign grain was first allowed into Britain. Wheat, barley, oats and maize were the principle grain cargoes imported into Gloucester Docks to be transported up the River Severn to feed the expanding towns of the Midlands. Llanthony Warehouse, now home to the National Waterways Museum Gloucester, was the last great corn store to be opened in Gloucester Docks in 1873.

Built of brick, with a slate roof, wooden floors and cast-iron columns, the building was designed to store sacks of grain. Winches in the roof and loading doors on each floor, meant the grain sacks could be lifted from the ground or the boats to any one of the six floors above.

The building was later occupied by builders’ merchants and then in 1988 it was transformed into the Gloucester Waterways Museum on the lower three floors. With office space and archives above.

Seven months of restoration work has uncovered parts of the now Grade II listed warehouse including the original windows – designed more for ventilation than light. They used to make the building seem a bit uninviting so to counteract this we have a new glazed entrance where you’ll find information about the museum, docks trail and boat trips.

We've also uncovered a symmetrical grid of 33 cast-iron columns made by JM Butt and Co iron founders (a major local employer for over 100 years) and floorboards showing the wear and tear of the building’s former use as a grain warehouse.

For more information please visit our waterways archive. This important archive holds a wide range of photographs and documents about the history of Britain’s canals and inland waterways. Plus a selection of material from waterways around the world