Commuting to work in Manchester

I'm on my way to work. I'm an IT consultant and I'm stuck indoors all day long, so it's nice to be out here by the water on my route into the city. I'm quite a relaxed person and I like walking into work really early – although, for me, I think I'm a bit late today.

I live in Redcar in the North East of England but I work in Manchester so I stay in Salford during the week. I chose Salford to stay in because it's a nice location and I can take this route along the canal to get to work - and of course sometimes I can stop for a pint on my way back from work on hot days like this. In the middle of winter, it’s fine walking along here too, there’s so much character along the canals here. 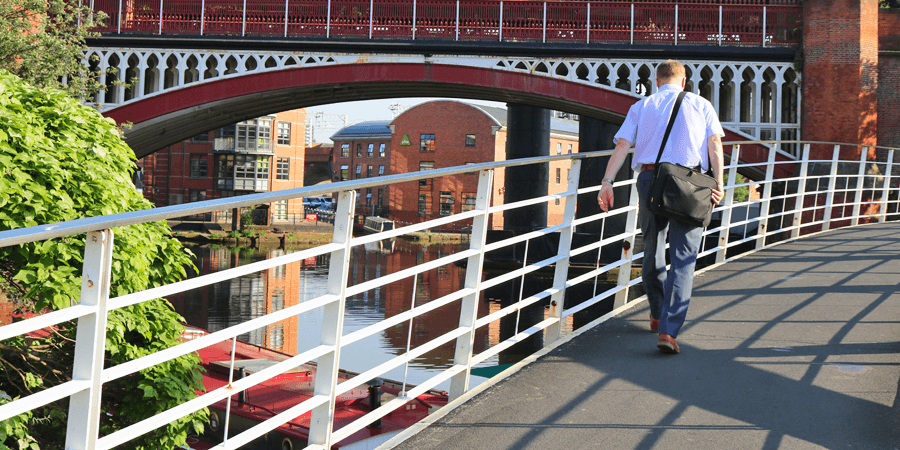 I've been working here since October and my contract is for a year, so then I'll move on to somewhere else. I don't know where that will be – I go where the work is. In the UK, Leeds is big for IT but I've worked across Europe, and one of my last contracts was in China, and I’ve worked in Malaysia too.

My last place was in Nottingham so there was a lot of water there too. When you do a lot of work indoors, it's definitely nice to commute along the waterside.

Could you enjoy a calmer commute by the canal? Discover a whole new world