This is Lola and Boris. Obviously, he's called Boris because of his hair! I live in Kidderminster and I've come to the St Richard's Canal Festival to enter Lola and Boris in the festival's dog show today. They’re both cockapoos, which is a breed mixture of Cocker Spaniel and Poodle. When I first got Boris everyone said I should get him a friend, so that's why I ended up with two cockapoos. They’re both beautiful so I couldn't enter one into a show without the other! I've entered them into the show for 'the prettiest eyes' today. 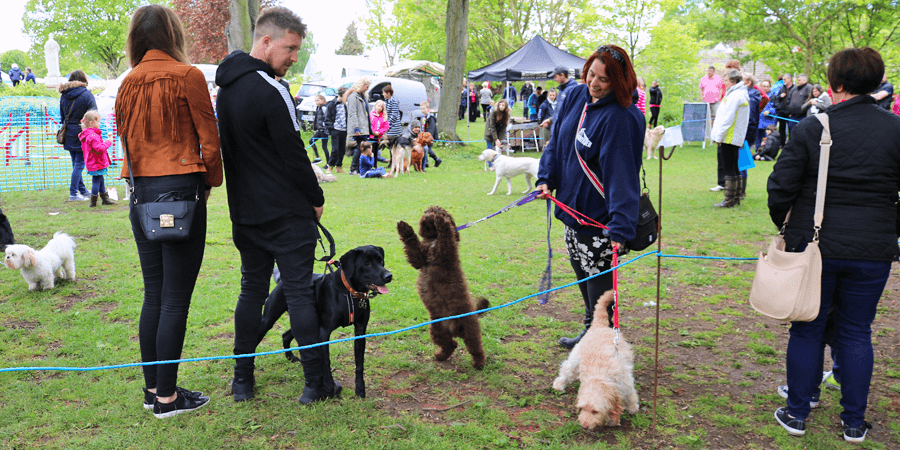 Of course we're here for fun, so it's not all about winning. The dogs definitely have a great time whether they win or not! We've shown them in dog events before and they don't do too badly - they came first out of 75 dogs for the prettiest eyes in a show in Evesham once. A local vet is judging today, and we'll have to enter the show ring with all the other dogs and hope he picks Lola and Boris from the crowd. 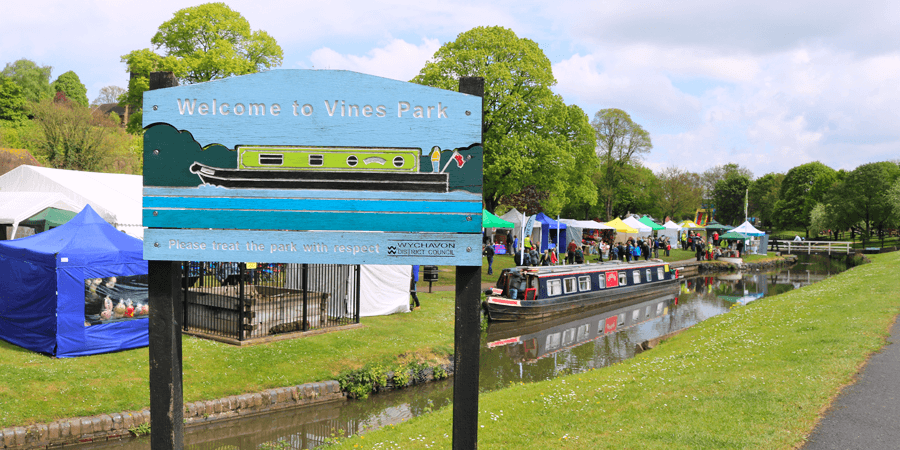 We've got a canal that runs near my home in Kidderminster and I cycle the canal towpath there a lot, but we like coming to the canal at Vines Park because there's such a lot of things here for Lola and Boris. The only problem is when they see a duck. I have to hold onto them because I don't want Boris to have wet hair when he goes into the show ring!