Muriel and her husband have a boat, that's how she became interested in canals and in the work of the Inland Waterways Association. They go out on their boat as much as they can. 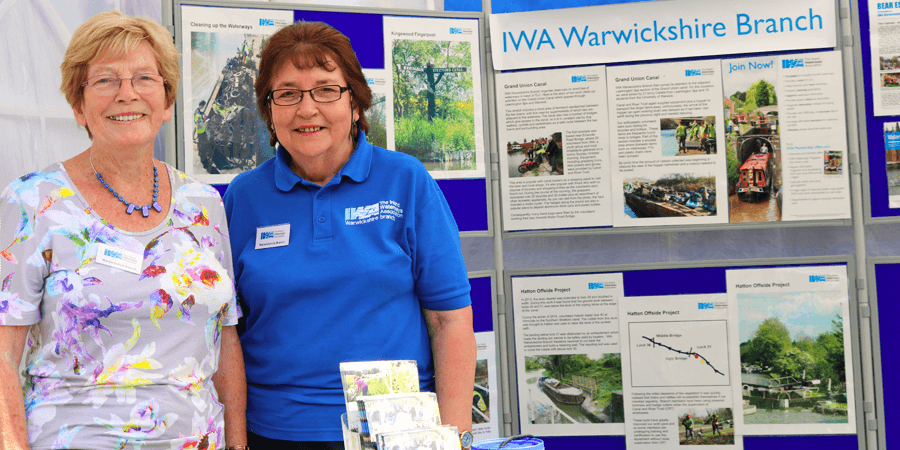 I don't have a boat myself, but I had a boating holiday in the 1970s and I've been interested in canals ever since. Whatever I do in life, I seem to have waterways in them – it's like stepping through the stages of life.

In about 1993, I met someone who was a member of the Inland Waterways Association and that's how I became involved in the IWA.

In 2004, I got involved with the Warwickshire Branch. We do all sorts at our work parties – clearing, planting, painting... A few years ago for example, we cleared up the offside at Hatton so that boaters can walk up the locks without having to cross over each lock to the towpath. The Canal & River Trust support us when we do our big clean-ups, we all work together. 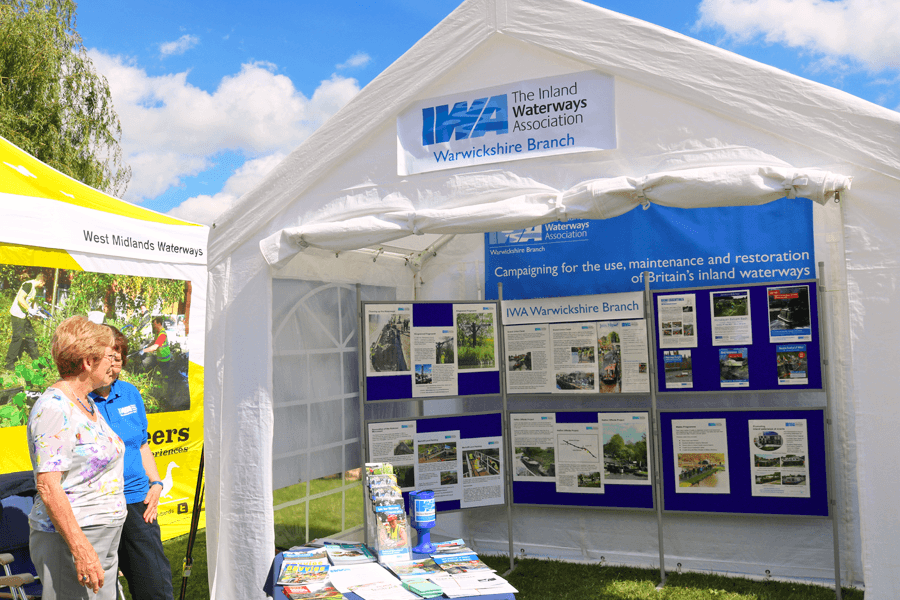 The idea when Stratford River Festival started in 2009 was that it would involve local waterways charities even though it's not a true waterways festival, more a food and drink festival. We had a stall at the Braunston Historic Boat Rally last week and now we're here at Stratford. It can be hard work at times, but we have fun working together!