"My motivation is preserving the history of this place. Tooley's Boatyard is a national treasure! It's not just the oldest dry dock in Britain, it has been in continuous use since 1790, survived endless changes in the world around it, been awarded Scheduled Ancient Monument status, and it's also where one of the founders of the IWA (Inland Waterways Association) Tom Rolt's boat Cressy was docked before it set off on its legendary voyage around the canal networks in the battle to keep canals open in the 1940s.

I run the boatyard today. My business operates from here, but I don't see this place as mine - I'm interested in ways everybody can help support and keep this place going because I think that has to be the best way forward. With all its history, the truth is it's not just 'my' boatyard, it's 'our' boatyard. 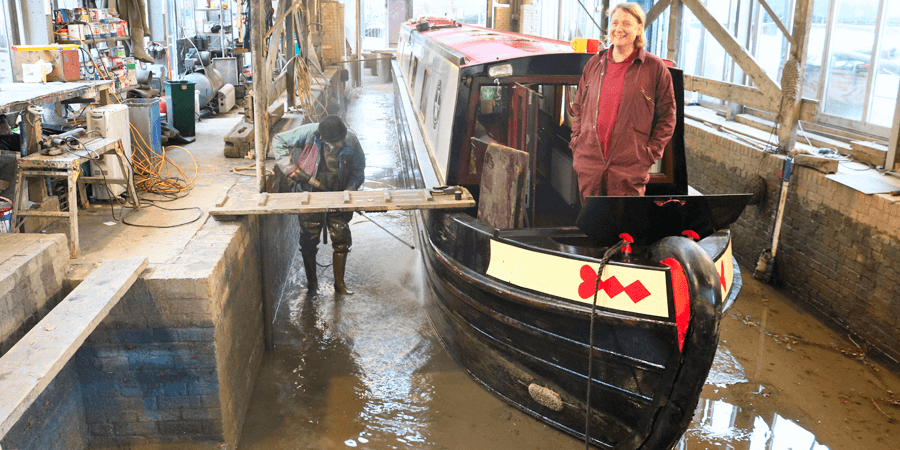 It's bizarre how I started in this business! When I left school I wasn't quite sure what I wanted to do so I decided to take a year out and I volunteered on a site of archaeological excavation - and before I knew it I'd been doing it for eight years! I shared a house with a friend who was setting up a restaurant boat and I helped out occasionally doing the boats. I got more involved with boats, and eventually took over a boatyard site.

After that, when Tooley's came up, I went for it. My background in boating, archaeology, boatyards and chandlery helped me. That was 14 years ago now. I don't regret leaving my archaeology career - here at Tooley's I've got my own industrial archaeological site, filled with history!

Tooley's has always been innovative, and I want to keep the site doing what it's always done because it's important, but we're trying to expand to keep it commercial. I do talks and go out and tell people about our yard and our 200-year old network. We have the Museum and Heritage centre, dry dock for boating services, our day hire boat, we also run lots of courses - from canal painting to blacksmithing and the RYA inland waterway boat handling certificate. There's also the opportunity for visitors to see work in progress as well as the fully-restored workshops, dating from the 1930s, which include a carpenter’s store, a belt-driven machine workshop and a paint store. I've got hundreds of photos and I've just written a book about the history of Tooley's Boatyard, so I'm just looking for a publisher at the moment. And from my personal interest, we're doing courses with top astronomers as an expansion too.

Running a modern business within the restrictions of a protected historic site can sometimes be difficult, but I don't see it as a problem because I love the link with history. In 1790 the boatyard repaired wooden horse-drawn narrow boats on the Oxford Canal, which was one of the most important navigations in the Industrial Revolution, being the main route between the Midlands and London. It's funny really that today we have boats come for our services from all across the networks just to get an invoice with our famous 'Tooley's Boatyard' name on!"