Meet George - and his guitar

I've been singing to anyone who passes through Liverpool docks for ten years now! It's wonderful, I love it here. I'm here every morning.

I was born just the other side of that building behind me, I had a paper round that circled the Liver building, and when I was a schoolboy this was just a patch of mud here. I've seen all the work that’s been done to restore and regenerate the docks. I think the changes to the Albert Dock and Liverpool's canals are great. 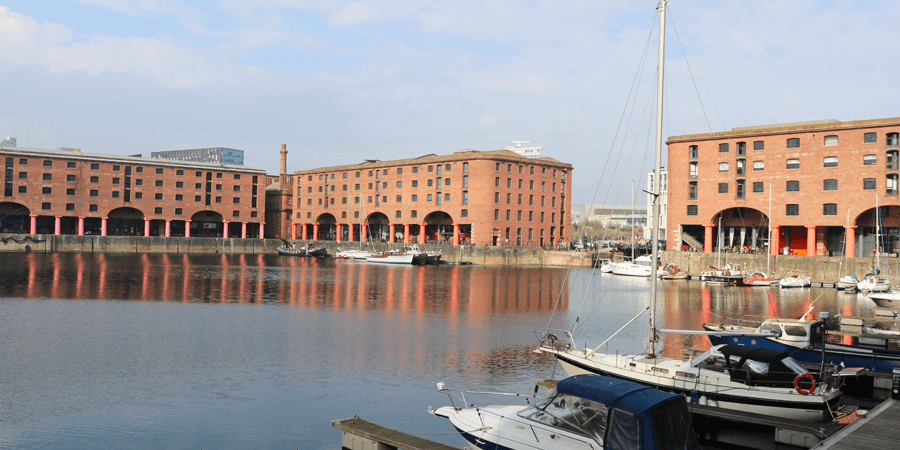 The water is clean nowadays and there's so much wildlife that I love to watch. Tourists like to take photographs of the swans, but if you watch long enough you can see all sorts of amazing wildlife! I've seen perch and roach coming down the canal, crabs, flatties like dabs, Arctic tern, kingfishers and even octopus and rays. Big yellow starfish climb up the dock walls, but if they climb too high the gulls get them! There are lots of eels in the water and I often see cormorants trying to catch them. The eels put up a fight and will wrap themselves around the cormorants’ necks, but the cormorants always win. One day someone called emergency services because they thought someone was in trouble in the river, but it was a seal! I see all sorts while I sing from this bridge! 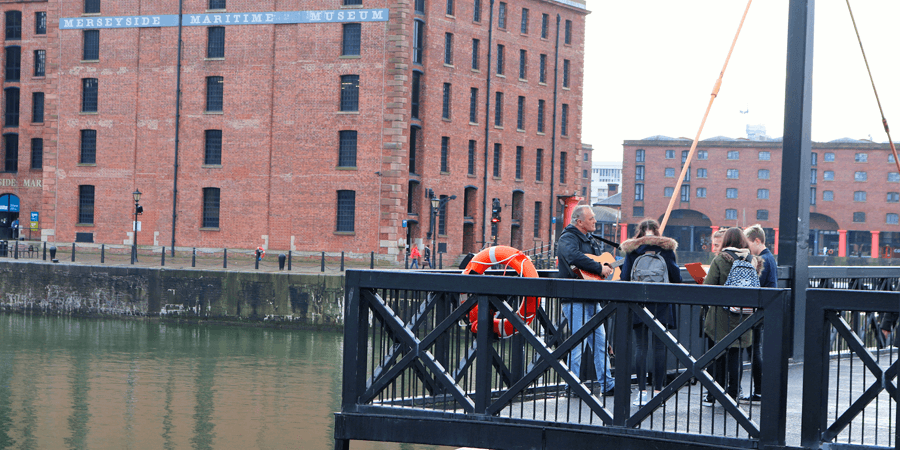 I'm a retired railwayman, and I used to be professional songwriter too. I wouldn't want be on the road any more, I'm just happy singing the songs I like, and hope other people like them too. Passers-by often ask if I’ll play a Beatles song, but I try to avoid Beatles' stuff because it's everywhere here in Liverpool! In June it’s the 50th anniversary of the Sergeant Peppers recording, and Liverpool Council has lots of activities planned, but I won't be singing any Beatles songs! 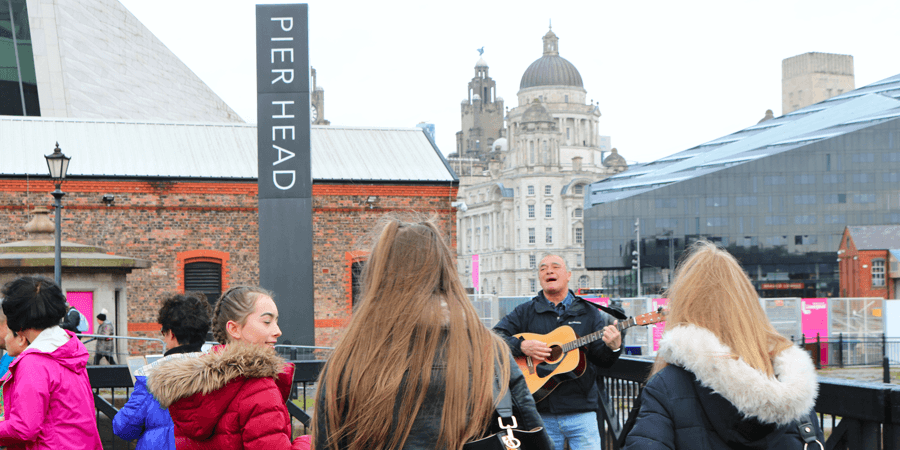 Now I'm retired I like to sing across the water because I enjoy it, and I meet lots of interesting people. And if I make enough money to go home to the missus with fresh fruit and veg for dinner, that's good!