After thirty or so years behind a computer in my old job, I rather like going outdoors and saying 'hello' to people now. I love being a volunteer on the canals because it gets me out in the open air and I meet lots of interesting people.

I mainly work along the Erewash Canal, where I've painted a lot of lock gates and cleared vegetation. Other times I've done publicity like I'm doing today at this Open Day. It's great to see everyone interested in going down into the empty lock. In October I helped at the lock in Leicester on Diwali Day - that was a wonderful thing to see! I get a lot out of going to events like these where I can help spread the word about canals. 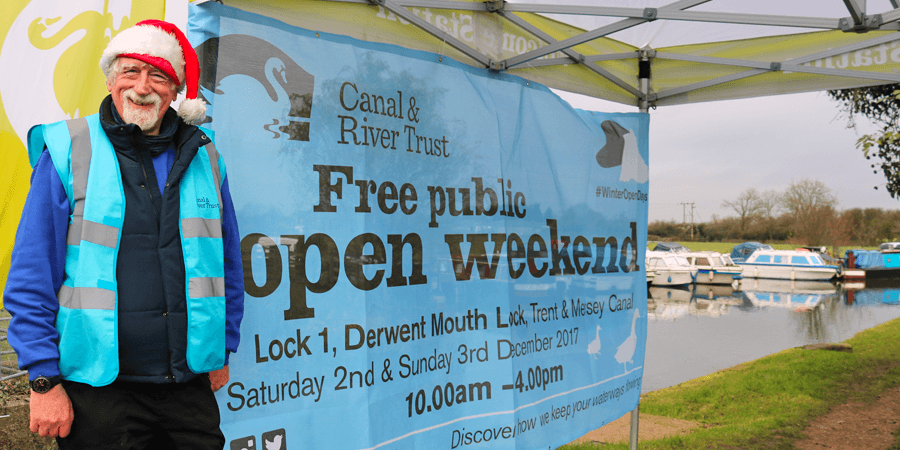 I first got interested in canals when I was about fourteen. I used to go boating on the Bridgewater Canal and I've still got photos of us boating with a ‘bierkeller’ on the roof - but that's another story!

When work life got in the way, I lost touch with canals. Then, a couple of years ago, an Open Day at Foxton, similar to this one today, reintroduced me to canals. I'd never actually seen the bottom of a lock before and that rekindled my interest.

When I was offered voluntary redundancy from work, I took it and became a volunteer lock keeper for a while. And here I am now doing publicity, telling people about our canals and trying to help keep heritage alive for other people!

Come along to one of our fascinating Open Days

Could you join Geoff and others on our volunteer team?