We're both happy when we're here. People ask me why I work as a volunteer on my day off, and I say, just because I like it. I volunteer at Grindley Brook one day a week and work as a Canal & River Trust part-time lock keeper at Frankton Locks too. 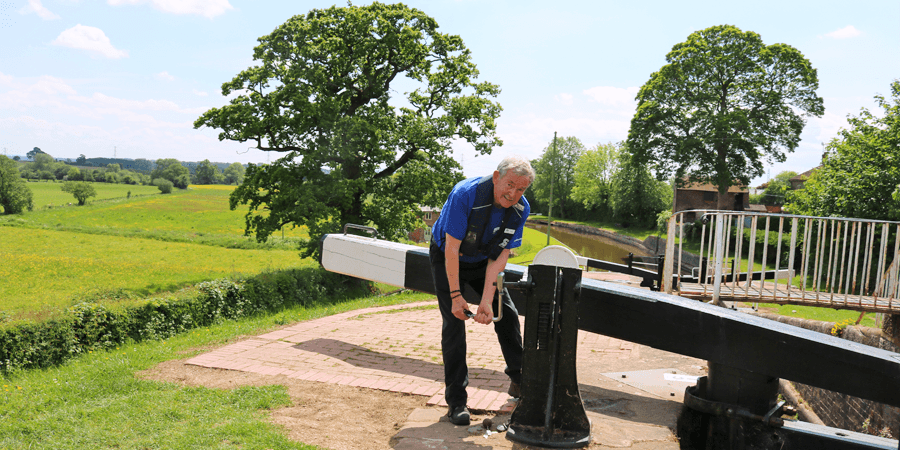 I used to be a teacher until I retired from full-time work nearly three years ago. I think I work much harder here physically than I did when I was a teacher. I'm using energy for the right reasons now and keeping fit instead of shuffling bits of paper round. It's good, and my dog, Alfie, usually comes with me to help. I almost lost him once when he spotted a dog he quite fancied saying hello to on a boat passing through the lock. Nobody noticed him jumping aboard, and I only realised when I saw him cruising away into the distance. 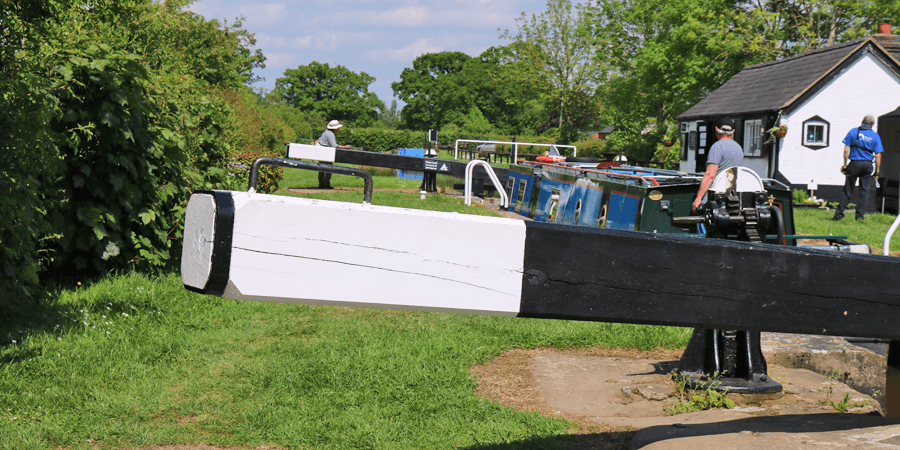 When I first started working on the Llangollen Canal it was as a volunteer, but after I decided to go through the lock keepers’ course I got the job as lock keeper on the Montgomery Canal. I've known the Montgomery Canal since before its restoration, and I never thought that I'd be working here one day as a lock keeper. It's lovely. I love the energy of its history. 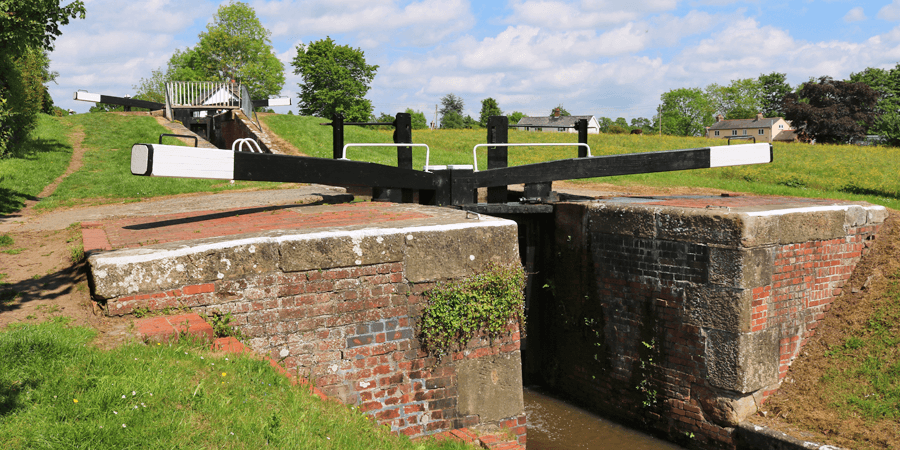 My degree, and the subject I taught at school, was industrial archaeology and heritage so in my role on the canals I'm able to talk about my interests and meet people which is a nice part of my job. I see every boat that passes through my lock like a theatrical experience - and I think that how I greet the crew is part of that experience for them. Unlike canals linked to the main systems, this canal isn't going anywhere, and there isn't a destination, so I like to create each lock as a destination. I have the time now I'm retired to enjoy doing that. I have a laugh too. If I didn't enjoy it, I wouldn't do it.

As a child I was steeped in the Shewsbury & Newport Canals, and I became chair of their trust for a time, fighting to make restoration a reality. I've been on the canals since the 1960s and had several boats. My last working boat was a josher called Tench and I'm looking at buying another one at the moment. I think I just like being on the canals, and there's not much that beats being huddled in the boatman's cabin of a historic boat.