Sculpture travels by boat to the historic salt centre of Droitwich

Hundreds of people gathered in Droitwich this bank holiday weekend to witness the culmination of a historic canal boat journey by artist Katy Beinart.

The event celebrated the salt trade in Worcestershire that dates back more than 2,000 years.

The artist’s innovative work, entitled Saltways, takes inspiration from the town of Droitwich’s heyday as an international centre for salt production, when local waterways were used to export hugely valuable salt around the world.

Katy travelled on Scorpio, a heritage working boat, from Gloucester Docks to Droitwich between 4-6 May, arriving in time for the annual St Richard’s Festival in Vine’s Park. 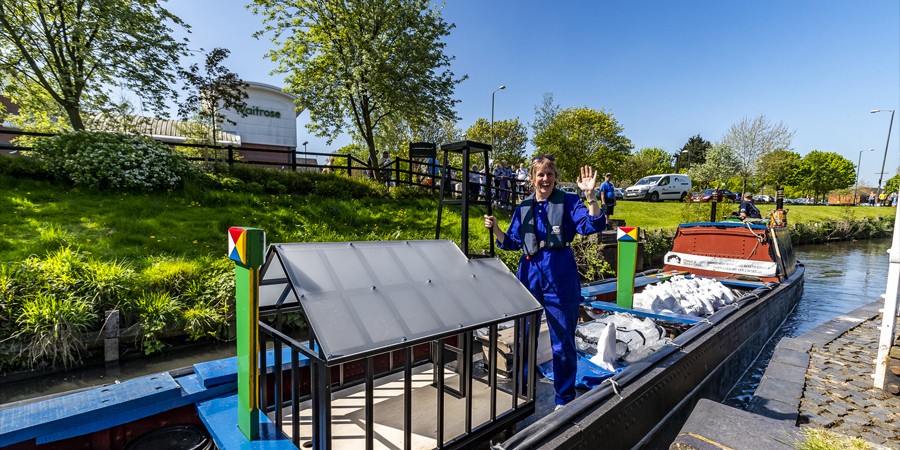 The boat carried the sculpture which is based on the town’s former salt works factories. On arrival the sculpture was filled with salt from around the world, including from Bolivia, Turkey and South Africa, among others, as well as that which is locally produced at Churchfield Saltworks.

The work is part of The Ring, an arts programme and cultural first for Worcestershire that celebrates the region’s canals and rivers. The project will see a series of new commissions created by local and internationally celebrated artists in response to the 21 miles of waterways encircling Droitwich and Worcester, namely the Worcester & Birmingham Canal, the Droitwich Canals and the River Severn.

Droitwich was founded on its natural salt brines and, at its peak, exported 120,000 tonnes a year. Katy has been inspired by the last 'Wych Barge' to leave Droitwich in 1916, a salt cargo boat designed to navigate canals and open sea.

Katy’s salt pavilion sculpture will be on display at the Salt Museum in Droitwich from May until September before departing on board a canal boat as part of Salt Fest on 8 September.

Katy says: "I’ve been working with salt for eight years so I was really excited to be invited to make this commission. Working with the people of Droitwich and its history has been inspiring to me and I’ve also learnt a lot more about the inland waterways and how integral they were to trade, import and export. The opportunity to use a historic working boat and the support of the Heritage Working Boats Group has taken this project to another level."

Cathy Mager, artistic director of The Ring, adds: "The completed sculpture reveals the huge variation of colour, texture and density of the salt Katy has transported into Droitwich from around the world, including local salt - all of which is now encased in beautiful contrasting layers, poured by people from different ages and walks of life." 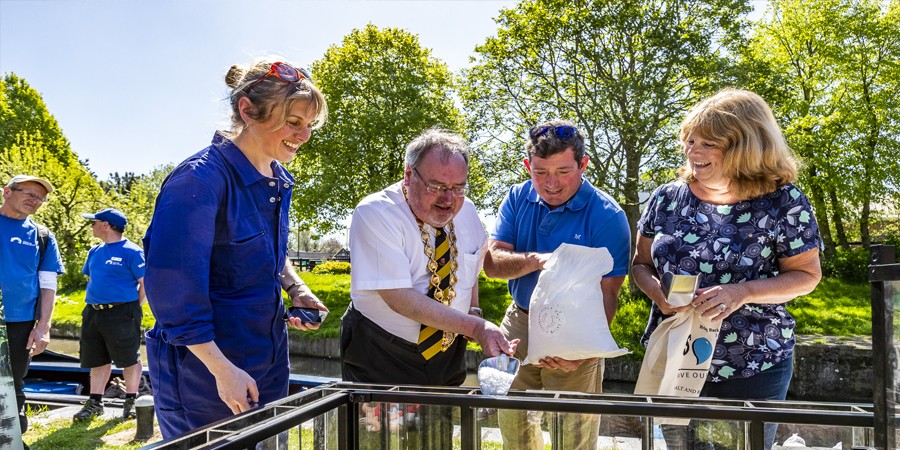 More about The Ring

Internationally acclaimed artists will be working with local communities to create a series of unexpected and inspiring artworks that explore the heritage, ecology and people along the urban and rural waterways of Worcestershire.