This year we look forward to a host of celebrations to mark the 10th anniversary of the World Heritage Site designation of the Pontcysyllte Aqueduct and 11 miles of the beautiful Llangollen Canal.

Cruising over the Pontcysyllte Aquedect

Back in 2009, the 200-year-old aqueduct joined the elite club of 1,000 UNESCO World Heritage Sites which includes such iconic structures as Stonehenge and the Pyramids.

The enhanced profile provided by the special heritage status has made the Pontcysyllte Aqueduct a ‘Must Do’ destination for thousands of international tourists. Visitor numbers have quadrupled over the decade, with nearly half a million people viewing the ‘Stream in the Sky’ providing a major boost for the local economy.

Visitors come from all over the world, with Australians and Japanese heading the international league table. Signing the centre’s visitor book last year were tourists from 52 countries from faraway places such as Zambia, Saudi Arabia, Singapore and the Philippines, as well as most European nations. 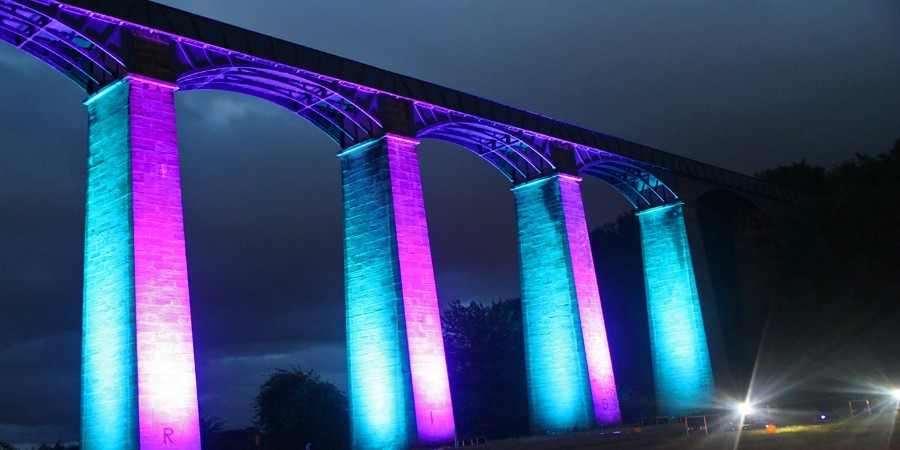 Over the coming year, we will be working closely with local organisations to organise 12 months of celebrations and events to mark this important milestone.

A new photography competition, a specially-brewed beer, spectacular luminaire structure lighting, ‘Under the Arches’ celebration and a wide range of community and cultural events and workshops are due to take place.

Lynda Slater, Trevor Basin visitor centre manager with the Canal & River Trust, said: “The World Heritage Status has made a world of difference to this spectacular structure and the 11 miles of Llangollen Canal which surround it. The Pontcysyllte Aqueduct has gone from being a national treasure to a tourist destination of international significance.

“During the main summer season tourists come from dozens of different countries, mixing with thousands of British holiday makers, walkers, boaters and cyclists. A café boat was installed in 2017 and last year we opened new car parks to provide extra capacity during the peak summer months.

“Guided by extensive community engagement, we are considering several ideas to bring new and extended attractions to Trevor Basin and the surrounding area, along with possible sources of funding.” 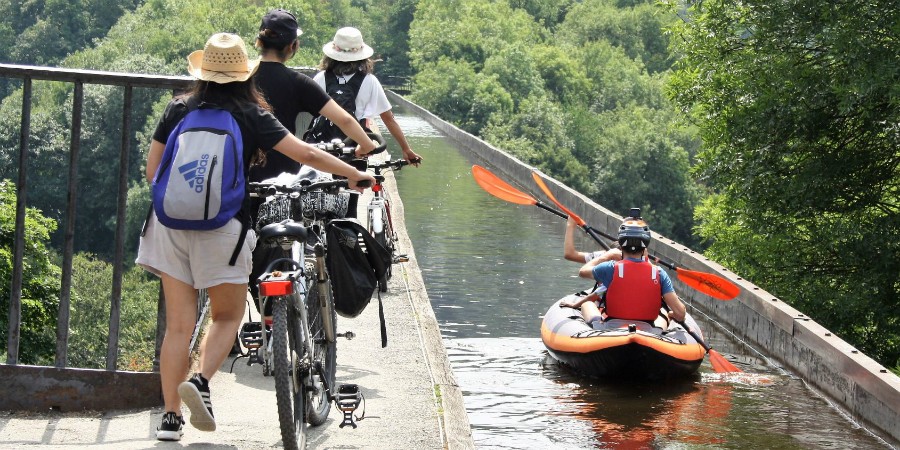 The Llangollen Canal is one of the most popular canals in the country with hire boaters. With the opportunity to cruise over two stunning aqueducts at Pontcysyllte and Chirk, and meander through the beautiful Welsh countryside, it is a hot favourite with people wanting to spend their week’s holiday on the waterways.

Sightseers don’t have to hire a boat to enjoy the thrill of sailing in the sky. Two trip boat companies, Jones the Boats and Llangollen Boats provide regular short trips over the Pontcysyllte, and Anglo Welsh, operating from nearby Trevor Basin, offers day boat hire.

Could you lend a hand?

An army of volunteers keeps the World Heritage Site in top class condition for visitors. We are recruiting for more people to join the team for the 2019 season. We are looking for destination assistants to work in the free visitor centre; aqueduct, towpath and litter rangers; and volunteers to take part in the towpath taskforce.