Mending canal bridges and war wounds at the same time

Injured servicemen and women are being given the opportunity to re-build their lives, gain qualifications and learn new skills by transforming and restoring historic canals.

We have come together alongside Help for Heroes to deliver an ambitious canal restoration and career recovery programme for wounded, injured or sick servicemen, women and veterans.

Veterans from across the country have joined the Heritage Heroes project and are working with us and our volunteers to restore historic Bridge 99 on the Kennet & Avon Canal in Wiltshire. Each veteran received specialist lime mortar training in order to work on the historic bridge. The programme of activities has also included creating a memorial garden at Caen Hillside, waymarking routes through the new woodland, constructing a new pond dipping platform and painting lock gates - in total there are 105 on the Kennet & Avon canal. All the work undertaken by the veterans will leave a lasting legacy.

The project, made possible by £500,000 funding from players of People’s Postcode Lottery, aims to bring pride and purpose back to our heroic veterans while restoring canals, some of which have been left neglected for decades.

Veterans returning from service are highly-skilled and capable individuals, with a great deal to contribute to society. Too often however, they are ill-prepared for the transition back into the civilian world. The Heritage Heroes project will equip the wounded, injured or sick heroes with City & Guilds qualifications in construction, health and safety, horticulture and land-based management which can be used to help them identify a new, purposeful career.

Former Corporal Tom Dempsey joined the military in 1976 and undertook five tours of Northern Ireland. Whilst on tour, he was in a bomb attack, which left his hearing affected. After leaving the military, Dempsey went onto a career in the police force – but as time went on he started to doubt his abilities, and day-to-day tasks became more difficult. Tom sought help and was diagnosed with PTSD. Tom says: “It’s great to be around military personnel again, I’ve loved the course and I’ve learnt so much. It’s just great to be mixing with people again, both military and civilians – I’ve shied away from that for a long time but this has proved to me how much better it is for me to be social.” 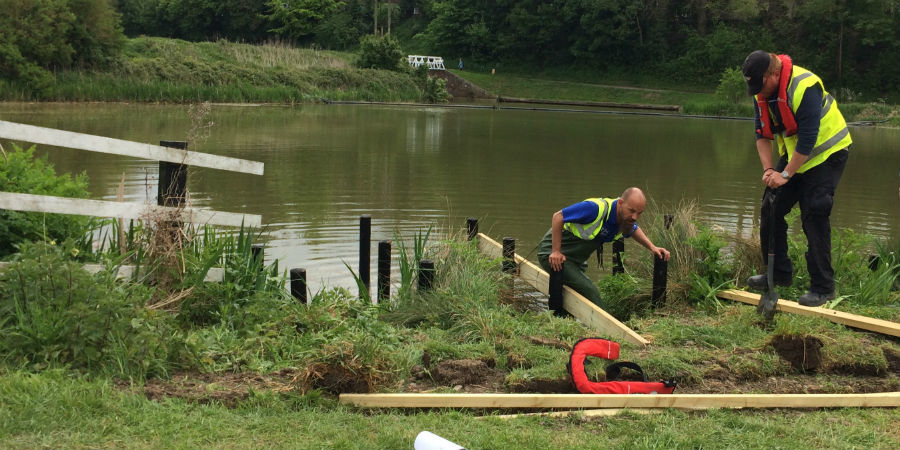 Mike Lee, Project Manager at Help for Heroes, said: "Leaving the military or realising that your career choice may no longer be possible can be daunting, especially for those who are living with life-changing injuries and illnesses. Working towards a new goal in life through career recovery can be extremely beneficial to an individual’s overall wellbeing, often accelerating their personal recovery journey. This project will resonate with many of our military men and women who will already have some of the necessary skills and enjoy working outdoors, as part of a team.”

Clara Govier, Head of Charities at People’s Postcode Lottery said: “We are delighted that the ‘Dream Fund’ has enabled this partnership between the Canal & River Trust and Help for Heroes. Heritage Heroes will make such a difference to the lives of our injured servicemen and women and I’m looking forward to seeing the results of their hard work on our historic canals.”

Find our more about our Heritage Heroes project here.