The first mass paddleboard through Anderton Boat Lift will be one of the highlights of a public celebration event to mark the 20th anniversary of the major restoration of Cheshire’s historic Cathedral of Canals in Northwich.

The Anderton Boat Lift, in all its Victorian majesty

On Saturday 26 March, we will be hosting a range of special attractions at the lift visitor centre, including a memories exhibition, the unveiling of a community patchwork quilt of the River Weaver Navigation, Lego building and Walking the Lift tours.

Over the past 20 years, the lift has provided regular passage for our own Edwin Clark trip boat, as well as more than 25,000 private boaters. On the anniversary day, Mid Cheshire Stand Up Paddle Board club will be notching up a first when around 20 paddle boarders enter the top of the lift from the Trent & Mersey Canal about 11am to travel down the scheduled monument in one of the caissons. The paddle boarders will then create a spectacle along the River Weaver when they paddle en masse down to Northwich and back, before returning to the lift for the upward journey about 1pm.

The following day on Mothering Sunday, Shropshire Paddlesport will be bringing more than 30 canoeists, kayakers and paddle boarders to do a one way trip up the lift during the afternoon. 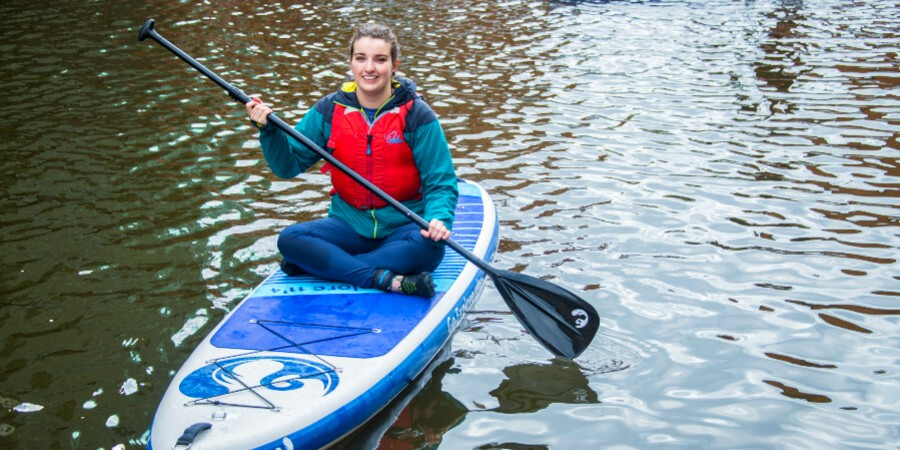 A special Memories Exhibition will be hosted in the marquee throughout the weekend and will feature a new film, as well as photos and artefacts telling the story of the last 20 years. Pictures and first hand reports will recall the opening day on 26 March 2002 and the visit of Prince Charles the following April to officially open the site, complete with new visitor centre.

The new patchwork quilt depicting the River Weaver has been created by sewing experts from local quilting group, the Cosmic Chicks. Six panels illustrate the navigation in fact and fantasy from Winsford to Frodsham, It will be unveiled on the Saturday and then go on permanent display to the public.

Carly Graham, our visitor centre manager, said: “Many people have been involved in the restoration and the operation of the lift over the last two decades. We want to capture that in a special memories exhibition which will celebrate the incredible £7 million restoration 20 years ago and the role of the boat lift since. We hope it will bring back some lovely memories for visitors.

“We are delighted to be marking this special anniversary with a paddleboard extravaganza – a first for two local paddle clubs, who both work closely with the Canal & River Trust on a regular basis. With the trip boat not due to start up again for the new season until 1 April, this was the perfect opportunity to do something different and give the paddle boarders a chance to have this unique experience. We hope lots of visitors will come out to give them a wave – and admire the splendid new Weaver quilt.”

The anniversary year is due to feature a host of special events including a weekend Steam Festival on 7 and 8 May and 10K charity run on Sunday 15 May. The Running Bee Foundation, who are organising the run, will have a special stand and wellbeing trail at the celebration on 26 March when potential participants can come and sign up.

For young children and less active adults, there will also be an opportunity to get involved in the “My First Mile” event which will be held at the same time as the 10k run. More details at www.runningbeefoundation.co.uk.