I love weather. All weather. Even the kind of weather that gets described as ‘miserable,’ ‘bad’ and ‘worst in living memory.’ Weather is the dynamic expression of the planet we live on. Weather in all its forms and movements shows that the earth is still alive and breathing.

Through all the geological ages our world has wheezed and coughed at times, and especially in this, our era, the Anthropocene, when human activity has been added to meteorites and volcanoes as massive climate influencers. We do still have weather and the planet is still breathing, and there is still hope.

I love the way that weather, in all its forms, changes places that we know from season to season. It certainly changes the waterways from month to month and even day to day. I have travelled the same towpaths or boated on the same waters in summer and again in winter, and they could have been totally different places in time and space. It was because of the weather they were totally different places.

The familiar hardware was all there. Bridges and locks and pounds, but where there might have been green clouds of nettles, hawthorn, reeds and willow cotton in June, in November there were lank brown stalks and twigs, black waters and freezing fogs. Where I had walked towpaths in shorts and sunglasses in August, I needed scarves, gloves, heavy coat and a torch in December.

Often I intentionally chose to travel a waterway in one of the cold, wet, dark months. To cross England from coast to coast I kayaked the lengths of the Leeds and Liverpool Canal and the Aire & Calder Navigation in late autumn.

Making the most of winter weather

By going at the start of winter, what might have been a relaxed paddle-stroll in summer became a slow adventure. The nights drew in early, and it didn’t get light until late. Oh, the joys of having the extra dimension of winter weather to contend with. There were far less boats, and very few on the move so I had long stretches of some of the most wonderfully picturesque of Britain’s waterways to myself. Those people I did meet: walkers, live-aboarders, volunteers, farmers and shopkeepers had more time to stop and chat.

Weather in all its forms and movements shows that the earth is still alive and breathing.

Life gets harder for birds in winter and so they are bolder around people. As I paddled east I watched a pair of kingfishers for half an hour as they danced and displayed for each other as evening fell above Wigan. Herons were more bothered about spearing their day’s food than lifting into the air as I passed. Ducks and coots and grebes moved the minimum to let the kayak pass. Fieldfares and redwings, driven down from Scandinavia by falling temperatures, flocked in the towpath hedges. 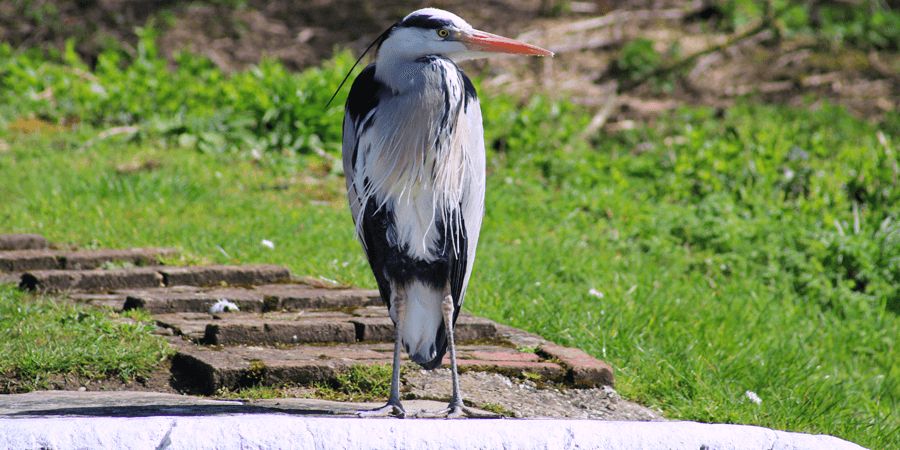 It was easier, too, in the misty, dusky, grey of winter weather, for my imagination to conjure up the history of the canals. To hear ghostly horses’ hooves in early morning mist along the towpath. To turn the live-aboard narrow boats moored in the dark, wreathed in sweet smelling smoke from wood stoves and outlined by the glow of lamps from behind curtains, into the commercial boats of previous generations.

Easier, too, to picture laden ‘short’ boats working their way down through the Bingley Locks, (an imagining helped by meeting the Kennet, an actual short boat, as it made its way towards Liverpool as part of the canal’s bicentenary celebrations). Easier, as well, to understand what the working boat families and crews endured in winter weather, when wind, rain and cold made moving and living on boats with tiny cabins and no modern comforts a question of survival, with always the fear that a freeze might lock boats into ice for days or even for weeks of unpaid, enforced idleness.

On my journey, though, I revelled in the weather. There were days of bright sun when the last of the autumn leaves blazed in reds and mauves and ambers. An early morning of frost, turning everything white. Several days of chilly drizzle which made the lights of a canal side pub even more welcome. Cold nights with clear skies and a myriad stars.

I learnt that canals have their own weather patterns and micro-climates. Cuts and high hedges turn the waterways into narrow corridors and can provide shelter against the gales of the surrounding countryside. Though, equally, wind might funnel up or down a pound in howling blasts. Or, where the waterway is exposed, even light breezes could turn into vicious side gusts that might push and swivel a boat off-course and into the bank before the steerer has a chance to react.

Whether walking, cycling, kayaking or boating, time spent on or beside the canals just seems more intense in winter months. Heading off in the off-season becomes a secret pleasure. Not that it’s so very secret, of course. Nor is any season truly ‘off.’ Plenty of people already know the attractions of early hours towpath dog walking or dressing up warm for a weekend stroll along a canal to a pub with friends.

Getting outside, taking exercise, getting a few rays of winter sun is good for mind and body, and a cure for seasonal blues

Many people chose to cruise or hire boats in the off season, too, trading the disadvantages of stoppages and shorter boating days with having quiet waters to themselves and no waiting at locks. The experienced prepare for long hours at the tiller, in cold or wet weather, by dressing like North Atlantic trawlermen, in oilskins, boots and sou’westers, whilst knowing that mugs of scalding coffee and tea can be passed up from the galley whenever needed. Another of the joys of the canal system in winter is that waterside pubs stay open, knowing that they’ll get plenty of customers looking for hot food, warming drinks and, ideally, an open fire.

That’s one of the upsides of winter weather, it might be miserable, or bad, or even the worst in living memory, but that just makes every corresponding comfort even more welcome. The warmth of a cabin with the stove roaring, a hearty stew, a few hours of winter sun, a welcoming pub. Or a brisk walk or a snappy run along the towpaths. Even, and this is outside my comfort zone, sitting through the night fishing.

The ‘miserable’ months don’t have to be miserable. Research has shown that just getting outside, taking exercise, getting a few rays of winter sun is good for mind and body, and a cure for seasonal blues. My own observation is that the weather always looks worse seen through a window than it actually is when one’s outdoors in it.

Whatever it is one does on the winter waterways, just getting outside seems to make the darker months lighter.

Buy his book, ‘Water Ways: A thousand miles along Britain’s canals’ (Profile Books) it's out now