My life as 'writer in residence'

'What are you going to write about?' is something I heard a lot when I was appointed as the Canal & River Trust’s writer in residence. It seemed a reasonable question. Indeed, it was a question I was asking myself.

I’d write about canals and waterways, obviously. But that did seem a bit general.

But then again what knowledge I had of the ‘water roads’ was fairly general.

There were memories of days boating as a very young boy – I could still recall the smell of sun heated water, and the temperature dropping and the darkness as my father’s boat sank down into a lock chamber. Then there was a teenage kayak trip along the Kennet & Avon Canal with Caen Hill locks still waiting to be restored, and with many pounds dry leaving me to wheel my kayak along on a pair of old pram wheels. More recently there had been several days of walking along the Oxford Canal’s towpath. And numerous trips across London avoiding the traffic and noise of the traffic by walking in the quiet corridors along the Regent’s Canal.

As the first Canal & River Trust writer in residence there was no blueprint for me to follow. No writer who had gone before, to show the way. As a pioneer I had an exciting – if challenging - freedom. But I also had a commission from Profile Books, for a book, a travel book, (in my mind a ‘quirky’ travel book), based on what I’d always done and written about; slow adventures through landscapes and history, with enough time to talk to people and plans loose enough to follow up random ideas.

So, I set off to explore the world of waterways as if crossing the border into a new country, a very long, thin country with a year to walk and kayak, cycle and boat a thousand miles of canals and towpaths.

“How do you write?” became another familiar question. (I share the same curiosity. I’m interested to know that Dickens walked tens of miles at night to find inspiration, or that Hemingway wrote standing up). Passport-sized Muji notebooks fitted in my shirt pocket, so I could write notes on the move, and I used a fountain pen unless it was raining when I switched to pencil, a lot of my notebooks are written in pencil.

Along the way I’d turn a cafe, a pub or a towpath bench into an office and write up interviews and notes into larger Muji notebooks.

I had a camera, and carried Nicholson’s and Pearson’s guides as well as reference books for the different canals. And I had a folding bike (sometimes with a guitar on rack) and a folding-inflatable Advanced Elements kayak which I could carry to the most distant of canals by train and bus. Above all I started collecting contacts. People to talk to about specific waterways and their history, ecologists, live-aboarders, musicians, the last of the folk who had crewed and run working boats.

My plans were loose. For a day I accompanied a working horse pulling a traditional passenger boat whilst learning about the canal’s horse-power history. I kayaked 160 miles coast to coast from Liverpool to Goole, (though why I choose to do this at the start of winter, bivvy-bag sleeping out each night, escapes me now). In Walsall I joined a flotilla of volunteeers on stand-up-paddle boards to pick rubbish out of the waters, (and discovered why there were so many coconuts afloat).

And, of course, there was boating. The canals exist because of boats, and though many people use their waters and towpaths for other reasons boats are still at the heart of the waterways. Many boaters, I knew, were experts on the history, the lore and the working of the canals, with knowledge of heritage craft, tunnels, the early engineers, traditional engines, Buckby cans and the old boating families. 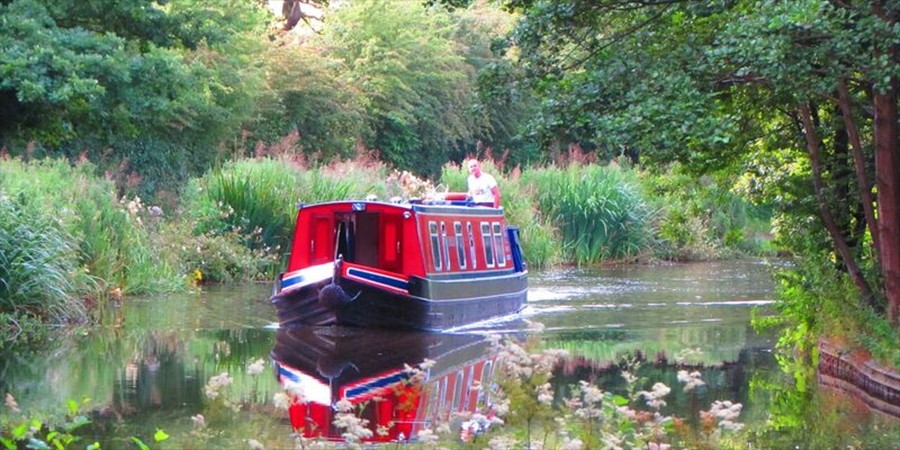 I was nervous of throwing myself into this world of specialists and arcane knowledge. I shouldn't have been. People were keen to share their expertise, to explain how things worked and to invite me to crew on their boats. My first trip was with Kate Saffin, who with Heather Wastie produces shows as Alarum Theatre, moving between venues on her boat Morning Mist. Their productions tell the stories of the women who worked on the canals, and especially the women who volunteered as trainees during WWII.

In just a few days I'd been expertly trained in boat-handling, lock-wheeling and the all important canal etiquette. It was good preparation for crewing with Jules and Richard of Jules' Fuels who work a heritage engine boat and butty pair delivering coal to live-aboarders on the Grand Union.

Though it was still dauting taking command of a boat myself for a winter cruise with friends, in a trip that ended up in a chapter in the book titled 'Carry on Up the Canal.' We had a large dog, Mal brought his double bass, everyone turned up with wine but nobody with food, it was almost dusk when we finally set off, and on the second day we found the pound below our next lock on the Stratford Canal had drained during the night and we'd have to abandon my carefully planned trip to Stratford, turn around and go elsewhere. Yet at the end everyone was keen to do another trip together. And why not in winter, again?

So much to discover

I choose different canals to travel on to illustrate different stages of the waterways' history, walking and kayaking and pedalling and boating across the miles and through the centuries of engineers, navvies, Acts of Parliament and horse boats. Envisioning the canals in their golden age, then in decline, in war, and from the mid-twentieth century as heritage to be saved and as their re-imagining as a modern leisure network. Tunnels and ‘’Idle Women,’ coal and cheese, Bolinders and buttys, kingfishers and tench. I joined in waterside pub song sessions, singing and playing The Cruise of the Calabar and Tom Beech’s Last Trip. There was so much to discover, and to research and to write about.

As articles and blog posts and tweets and finally the book (Water Ways; a thousand miles along Britain’s canals), appeared, people stopped asking me what I was going to write about and began asking what I’d discovered about the canals. What was my favourite waterway? What was the biggest surprise? What were the problems of live-aboard life? What wildlife was there along the waterways?

And the most thought provoking question of all, what was the value of the waterways in the modern world? What justified their cost, and made worthwhile the tens of thousands of volunteer hours? Why were we keeping alive an outdated ‘water machine’ long after transport and industry had moved on?

If I’d been asked that question when I had started off as ‘writer in motion’ for the Canal & River Trust I would have hazarded that canals were important as a memorial to the industrial age and so were a preservation of history and heritage. I would have thought them critical for wildlife. And I would have known that they offered wonderful possibilities for family boating holidays, and for people leading a full-time cruising life and for live-aboard folk.

But after a year of slow travel along a thousand miles of waterways the length and breadth of England and Wales (with a few sidetracks into Ireland and Scotland) I think that I now know the real value of the waterways. It’s a paradox, but the network of waterways which were once – from the mid-18th to the mid-19th century - the cutting-edge of technology, a crucial part of the busy industrial machine, the fastest, most efficient bulk transport system yet conceived have become in our time an escape from the stresses of a too-fast, too-noisy, too-pressurised world. When the world has become more and more obsessed with speed the waterways have become a nexus of slower and deeper connections.

The canals do ‘slow’ well. In my – slow – travels I’d discovered the history and the engineering that had forever frozen canal speed to the pace of a walking horse. Movement on the waters and the towpaths was set to a calmed heartbeat, walk ‘n’ talk tempo. Even the boat engines ran with slow rumblings. 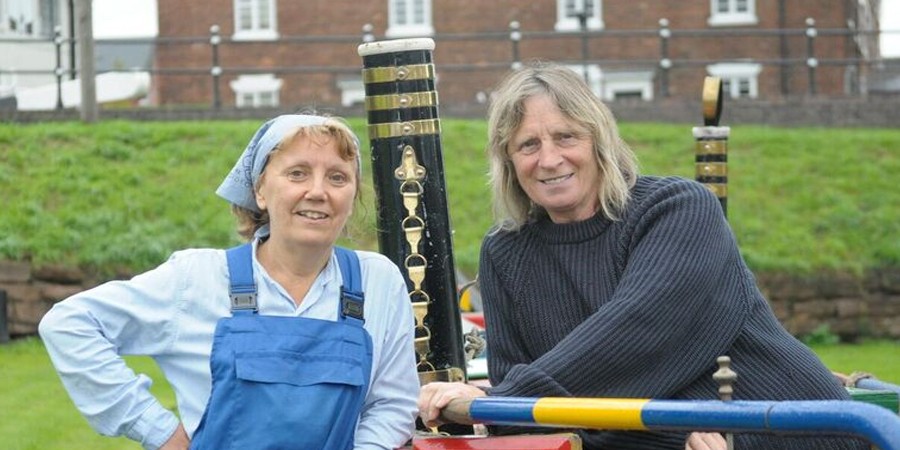 Whether consciously or unconsciously, the people I met as I travelled the water roads had all discovered the value of the slow ways for themselves. Fishermen sitting immobile for long enough to reassure otters and voles. Dawn dog walkers. Lone marchers and hiking friends and strolling families. Canoe paddlers and stand-up-paddleboarders. And the boaters who had taken a break from the world of speeding cars and deadlines and stressful jobs for a week’s holiday. Or in many cases for a lifetime’s escape to this slow world. The canals drew people who had discovered that slowing up (and indeed slowing down – it can go either way, apparently) is a kind of alchemy. It creates time, or allows what time one has to go further. And time is the one thing none of us have enough of. Time to talk. Tme to sit and watch fish rising. Time to wander. Time to paint a boat properly, coat after coat. Time, indeed, to write a book.

Read more about Jasper's adventures along our waterways