What defines a canal? Tricky question, that, but let’s keep things simple. So, water obviously. A long stretch of water that can take boats between one place and another. A towpath beside that water. A lock, or two, or ninety. A few ducks, perhaps. And, then, I would suggest as pretty much essential, cafés.

Cafe on the Canal

Gongoozler: originally, an idler who stares at length at activity on a canal; hence more widely, a person who stares protractedly at anything.

Canals need cafés - spaced out along their lengths like caravanserai along the Silk Route - to provide shelter, warmth, company and, above all, breakfast for boater, cyclist, walker, birdwatcher, angler and gongoozlers alike. (But, what makes a good canal café? Here are a few ideas. Obviously open to refinement, discussion and full-on argument.

The cafés menu and opening hours should be built around breakfast. Preferably an all-day breakfast that will set up walkers and cyclists for the day, or reward them if they’ve already put a fair few early miles under their heels or wheels. A good breakfast will also tempt boaters from their boats, even though they’ve got a perfectly serviceable on-board galley of their own.

That breakfast should be a simple culinary triumph. Big, of course. So big that a big plate will be just a little too small to stop an edge of egg, or fold of bacon hanging over its edge. Using local ingredients is key; it’s perfect if the owner can wave their arm at a flock of hens outside the window and tell you that’s where the eggs come from. 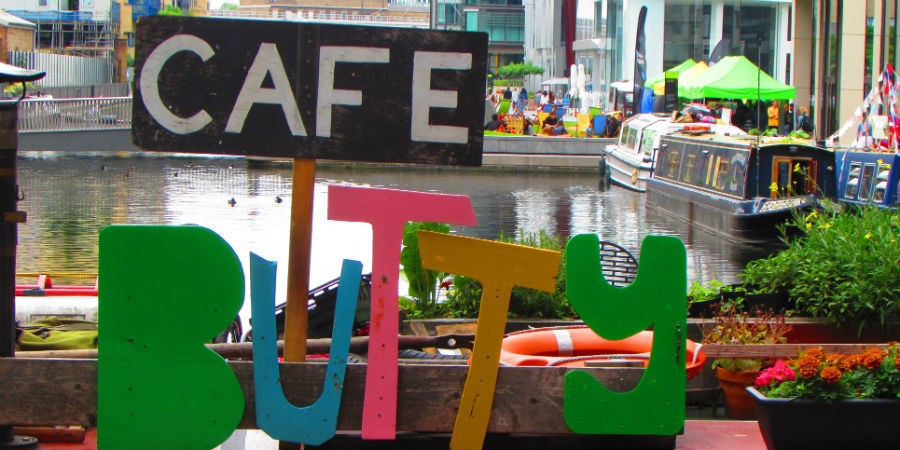 The Kingfisher Café, Reedley Marina, told me that they didn’t do breakfast but could do a sausage sandwich. That sounded a bit meagre considering I’d been kayaking for several hours through cold rain. How wrong I was. The resulting 'sandwich' was huge; seemingly made with the better part of a whole string of bangers; the sort of thing that Desperate Dan might have been served in the Beano. ‘That’ as they told me, ‘is a real workingman's butty.’ All other food, as well as breakfast, of course is welcome. Because though one can eat breakfast at any time of the day, one can’t eat breakfast twice in one day. Which is when one needs thick soups, bowls of salad, or steaming pies. And, for some, the deal breaker; cake.

A haven from gloomy news

An open fire is very nice. Otherwise one needs at least a radiator or two to steam and dry wet gloves and hats. Local newspapers lying around are ok. But not national papers, of any persuasion, because the canals, and their cafés should be a haven from gloomy news. A bookcase or shelf of ‘swap’ or ‘50p for charity’ books is a welcome find. The recycled ‘libraries giving one an insight into the passing interest of the local live-aboarders, whether it’s dog training, collage, global politics, black magic, Swedish murders, foraging or Franz Kafka. Multiple plugs to charge electrics are very useful. Free Wi-Fi is good. As long as it slows to a crawl or goes off altogether at roughly hourly intervals, to encourage one to get back to real life and real conversation… perhaps with the elderly local leading a small dog who drops in for his morning’s tea and toast. Who then turns out to be a canal historian with an inexhaustible knowledge of local locks and wharfs, and stories of boats, long-gone No 1s and the region’s carrying companies.

Some of the best cafés I’ve come across have been in atmospheric heritage buildings. The Engineman’s Rest Café at the Crofton Beam Engine on the Kennet and Avon Canal, the tearoom in the Bonded Warehouse that holds the Trust's museum on the Devizes’ Wharf, and the haunted Abbots Harbour Cafe near the ‘double bridge’ at East Marton on the Leeds and Liverpool Canal. Others have been a reward after a long climb by boat, on foot or in kayak; the café at the top of the Caen Hill flight’s 29 locks or the Bingley Five Rise Café at the top of the Bingley Five Rise Locks, which Marcus opened just in time to give me warmth, coffee and breakfast after I’d portaged my kayak up from the bottom.

Some canal cafés I’ve missed. Sarah Henshaw, author of The Bookshop that Floated Away, listed her favourite stops for me. Among them Jane’s Enchanted Tea Garden near Kirtlington, (there are moorings while the advice to walkers on their website suggests you ‘don your wellies and dig out the map.’), when I was. ‘Isn’t it as magical as all the reviews say it is,’ she asked me, assuming that I’d have discovered it when walking the towpath from Oxford to Banbury. But I hadn’t. Giving me a reason to return. 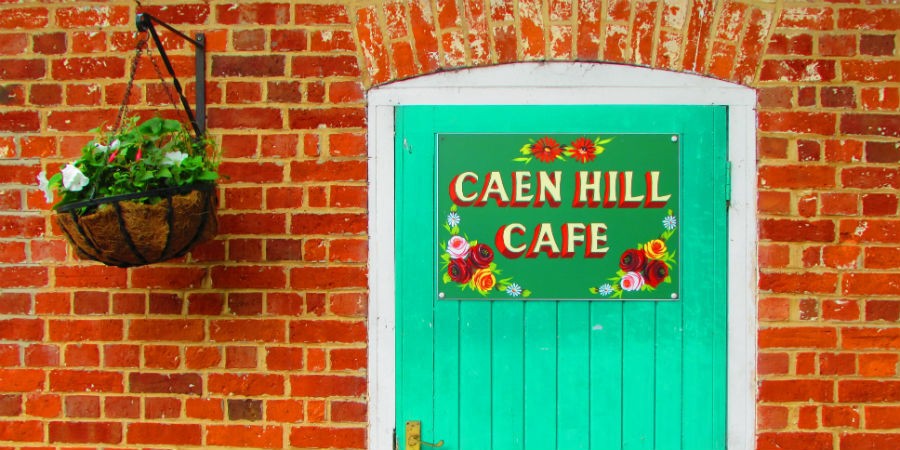 There’s a particular and obvious joy to sitting in a café on a boat. In Paddington Basin’s Floating Market I ate cakes and listened to live music on The Village Butty, which had set itself up as tea shop for the weekend. And I’ve often gone aboard for a coffee at the Waterside Café at Little Venice, handily just down from the Canal and River Trust’s London offices.

But perhaps the best canal café of all, with incomparable views, tea just the way you like it and as much cake as you can eat is on the back of your own boat. Because there’s nothing like watching the countryside go by with a steaming mug and a plateful of bacon butties on the roof along next to the Nicholson’s, the end of the centre rope and the windlass.