The Three Rise Locks were built in 1774 at the same time as the Five Rise Locks. The locks raise the canal an impressive nine metres (30 ft), but this is still only half the height of the famous Five Rise Locks.

The Leeds & Liverpool Canal is unique in having 14 sets of staircase locks along its length. Between Bingley and Leeds there are three sets of two rise locks; four sets of three rise locks and the famous Bingley Five Rise.

A total of 93 locks enable the canal to climb more than 122 metres (400 ft) up the Pennines and down the other side.

Boat horse Bilbo Baggins led by members of the horseboating society pulled the narrowboat Elland the entire length of the Leeds & Liverpool Canal between April and July 2012. 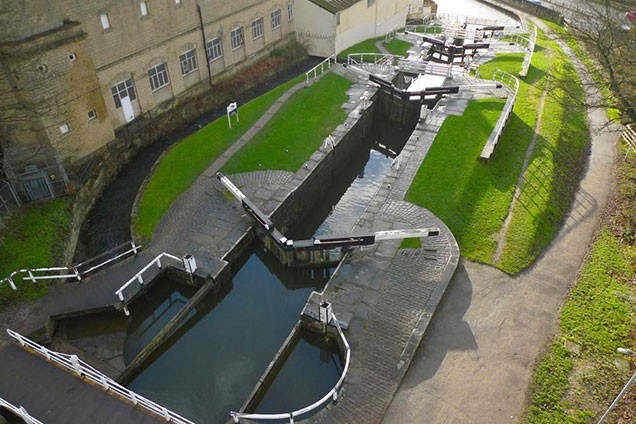 Looking down from the top of Bingley Three Rise Locks with Bowling Green Mills on the left.