Site of carpenter's shop beside the Five Rise Locks

Will Hodgson inside the carpenter's shop at Five Rise

It is long gone, but its foundations and the deep saw-pit where they cut the timber, lie beneath the your feet, under this flat area of grass. In the photo you can see the small crane that was used to lift timber from and finished bridges onto the boats.

Will Hodgson a carpenter worked here, he joined the canal company as a boy apprentice in 1914 and retired 51 years later in 1965. He used to repair the lock gates and make swing bridges. 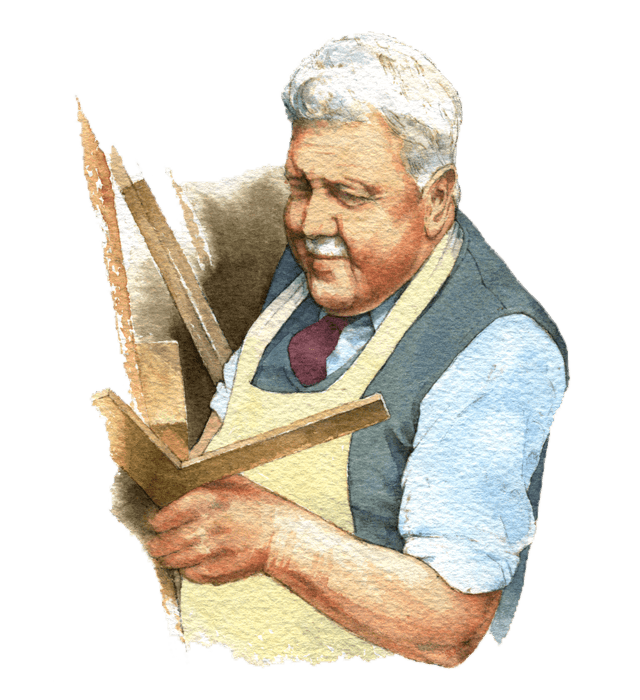 There weren’t many perks, but one of them was to make your own coffin!... you could also take home as many off-cuts as you could carry under your arm, for firewood' - Will Hodgson

Jean Jones remembers visiting the sawmill with her father. 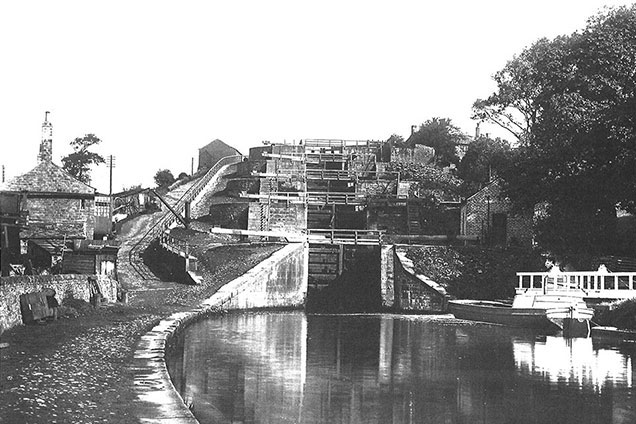 This old picture from 1890 shows Five Rise House on the bottom left of the Locks. It used to be the carpenters’ workshop. 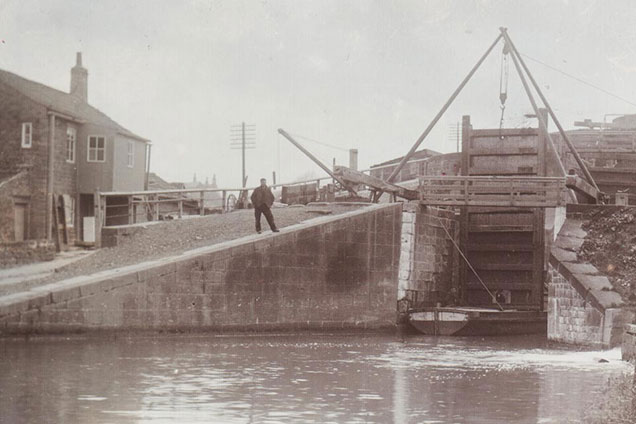 View of carpenters’ workshop around 1900, with new gate being lifted into position using an A–frame. 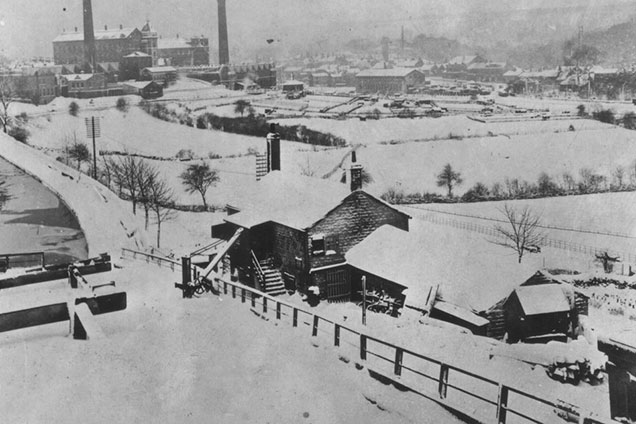 The carpenters’ workshop viewed from Five Rise Locks, with Bowling Green Mills in the distance.