Salt’s Mill was opened in 1853 on Sir Titus’s 50th birthday. It was located beside the Leeds & Liverpool Canal which provided him with connections to the ports of Liverpool and Hull.

The large loading doors in the middle of Salt’s Mill facing the canal show how important the canal was the location of Saltaire.

35 years later in 1868 he built New Mill facing Salt’s Mill on the north side of the canal, creating a dramatic enclosed ‘canyon’ effect with the canal running between two tall buildings.

The two mills were linked by an enclosed raised walkway across the canal.

The tall chimney of New Mill is based on the bell tower of Santa Maria Gloriosa dei Friari in Venice and dominates the view over the canal.

At the height of production 4000 people worked at the mills. They were summoned from their homes by the mill ‘buzzer’! 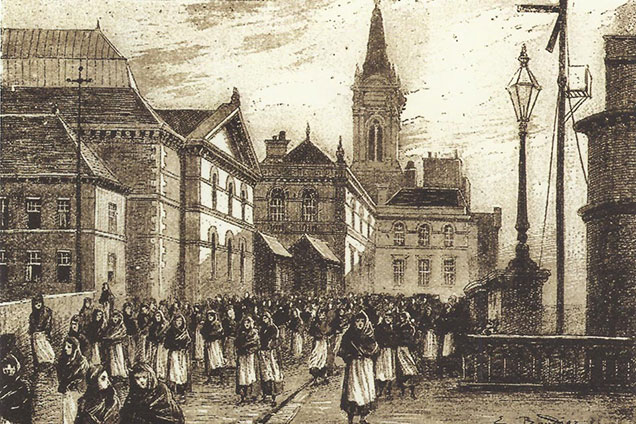 Mill girls hurrying down Victoria Road to the mills to start their shift. 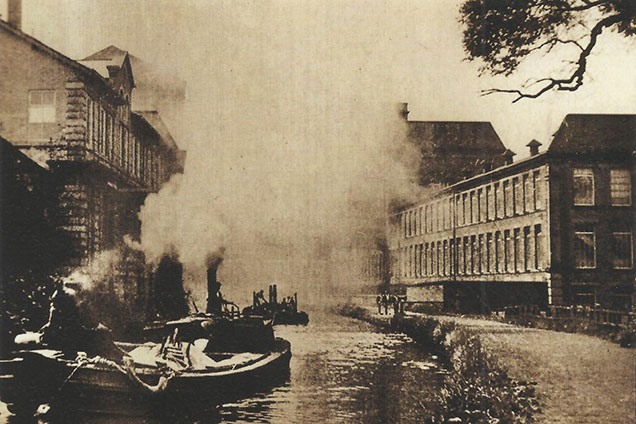 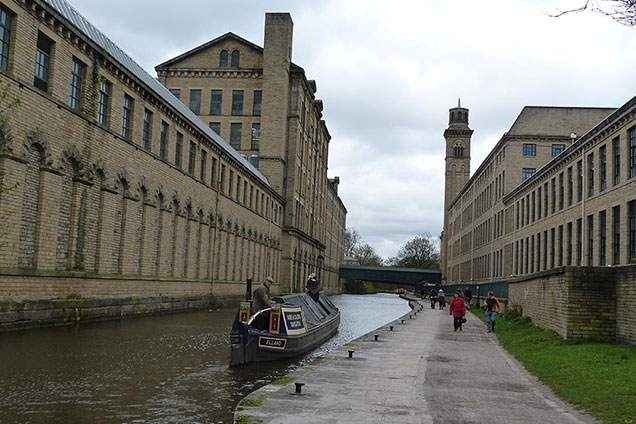 Coming from Shipley with Salt’s Mill on the left and New Mill on the right with its Italian style chimney. Raised footbridge connecting the mills in the background. 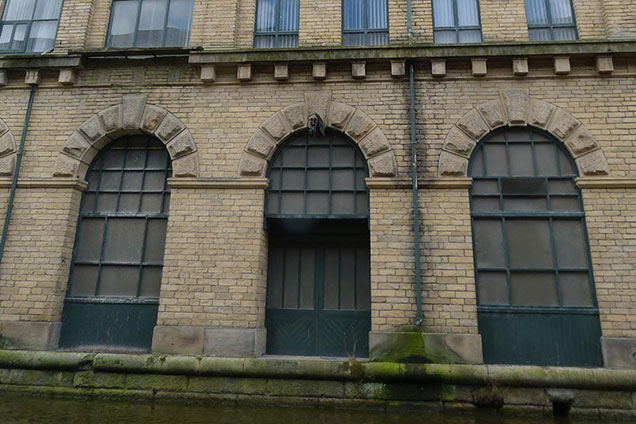 Loading doors on Salt’s Mill, where fleeces and textiles were loaded and unloaded direct from the boats.