Hirst Lock has long been a popular local beauty spot with walks in nearby Hirst Wood.

A trip to Hirst Lock, Hirst Farm and the canal was a popular day out for local families between the 1930s and 1960s.

One little boy was even inspired to run his own canal boat company and he became the last person to carry freight on the canal.

Hirst Farm was an 18th century farmhouse, and by the 1930s it was a shop selling teas, home-made ice cream, horse rides and bamboo nets for fishing in the canal. The farmhouse was demolished in 1962.

On the opposite side of the road by the swing bridge was the imposing two storey lock keeper’s cottage, which also served teas. This was demolished in 1935.

Hirst Lock is the start of a climb of over 36 metres (120 feet) for the canal to the top of the Five Rise Locks above Bingley.

The dangers of swimming in the canal.

The canal is an inspiration. 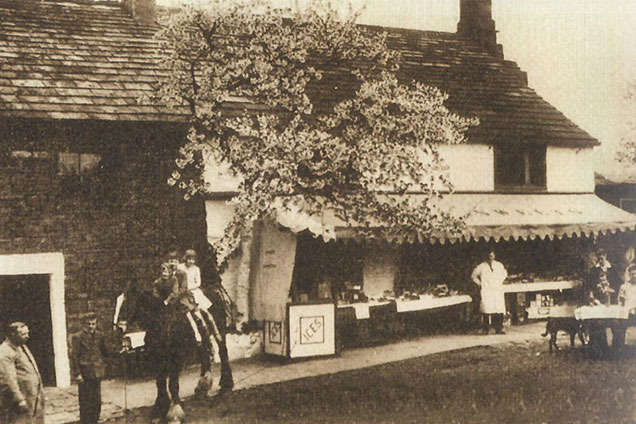 Hirst Farm, Hirst Lock and Woods was a popular day out for weekends and Bank Holidays. 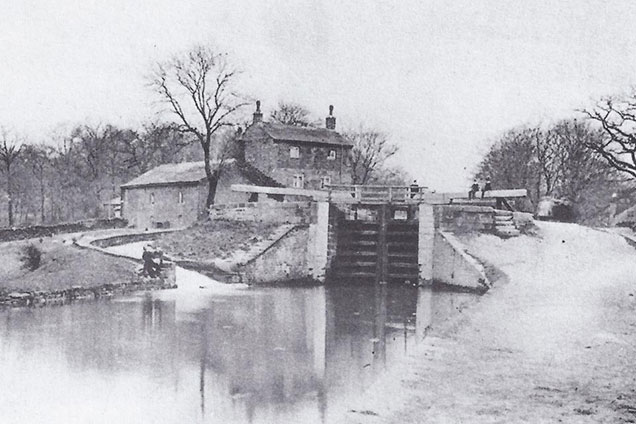 Hirst Farm in foreground with two storey lock cottage to the rear, photographed around 1920.