One of the 'Seven Wonders of the Waterways'

Bingley Five Rise is a set of staircase locks where the lock chambers are joined together rather than being separated by pounds or pools of water.

The Locks were designed by John Longbotham of Halifax, who was the Leeds & Liverpool Canal’s first engineer. They have changed little since they were first built in 1774.

Their opening was celebrated with:

"...the ringing of church bells, a band of music, the firing of guns by the neighbouring militia, the shouts of the spectators and the marks of satisfaction so important an event merits."

They were such a marvel of the time that the engineer Johann Hogrewe came over from Prussia in 1777 to record them and the other wonders of the British Waterways.

Today it takes between one hour and 45 minutes to go up the Five Rise Locks and 20 to 30 minutes to come down.

Hear why the Five Rise Locks are so important.

Carpenter Matt Porter reflects on the age of the Five Rise Locks. 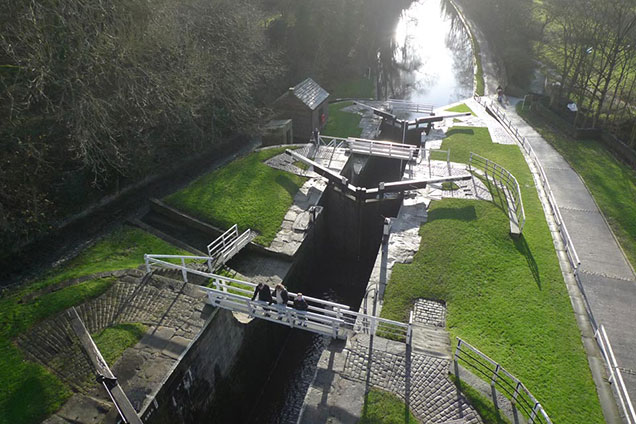 The famous Five Rise Locks are much wider, deeper and steeper than any other British flight of staircase locks. 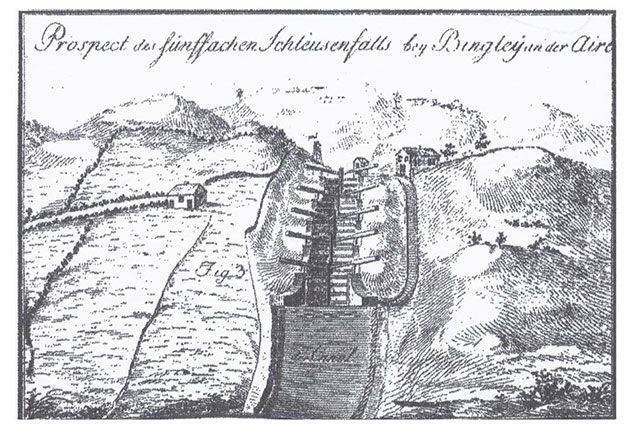 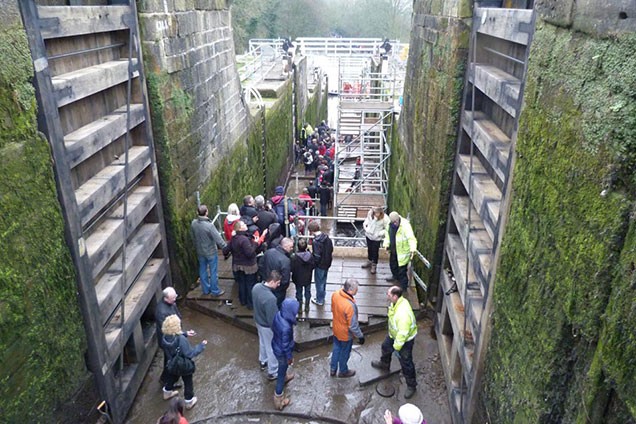 In January 2012 and more than 7000 people walked through the locks during an open weekend. 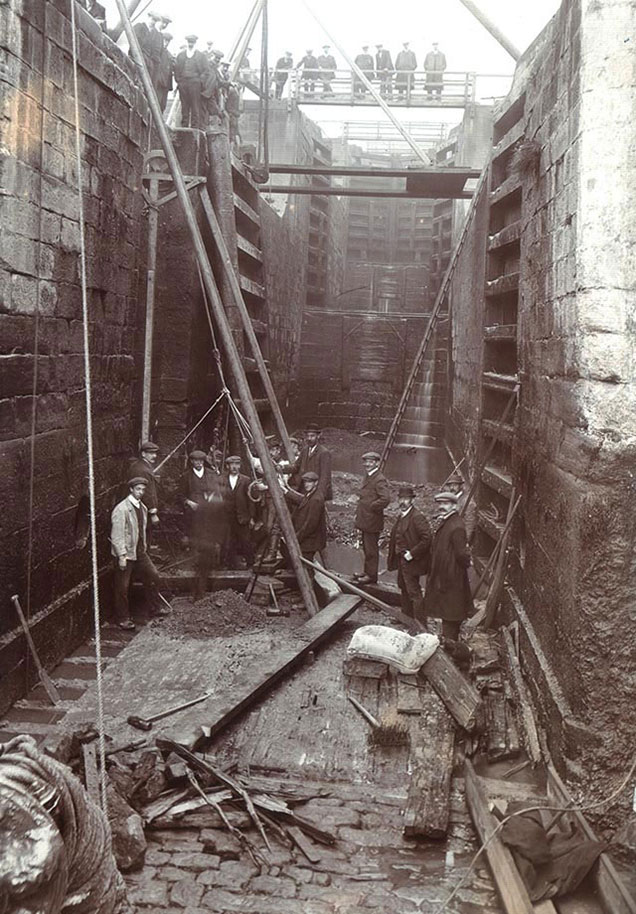 Workmen pose for the camera during repairs to the lock in the dry summer of 1912. 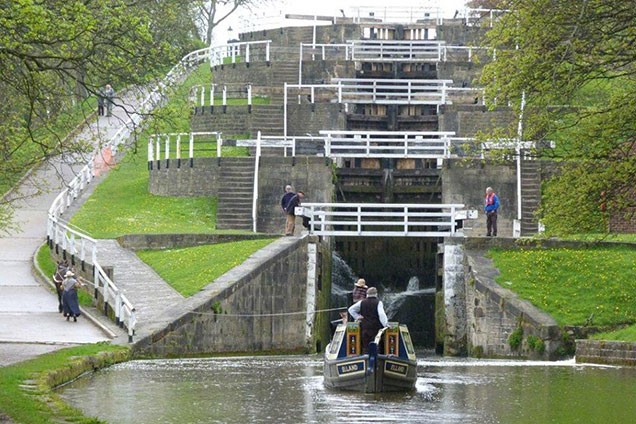