Canal boats were originally pulled by horses and around 1900 the canal company built a large stable above Five Rise Locks to service the flyboats.

The stables are now a café and you can see part of a wooden stall for housing a horse relocated just inside the entrance. The modern doors and windows mark the position of the original stable doors.

"The stable at Bingley was a change over stables. The flyboat carrying goods (not coal)... worked day and night with a crew of three, one man went to bed and two worked. The horse had to be left in the same way as coach horses were. They left the tired horse and picked up a fresh one. The following day the rested horse went back the way it came.

"A day’s work had to be planned with the horse in mind. They couldn’t stop just anywhere at night. Stabling for the horse had to be thought about. Most lock keepers had a stable, if it was full they had to move on..."

Will Hodgson, Carpenter at Five Rise Locks, talking in 1960

Listen to memories of the horse-drawn fly boats. 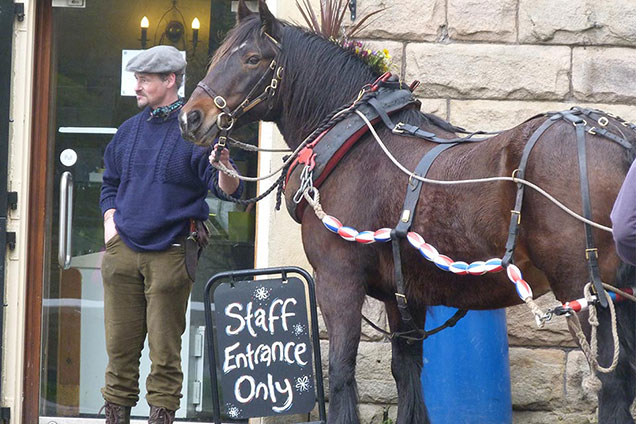