The Fisherman’s dates from around 1880, and was built as a public house. It is popular not only with fishermen, but also cyclists and people on canal cruises and boat trips.

The houses at 1-3 Dobb Kiln Lane next to the public house are converted from canal warehouses and a lime kiln.

1 Dobb Kiln Lane is on the site of the Dowley Gap limekilns.

Along the towpath you can see the broad coping stones and mooring rings of the adjacent wharves. 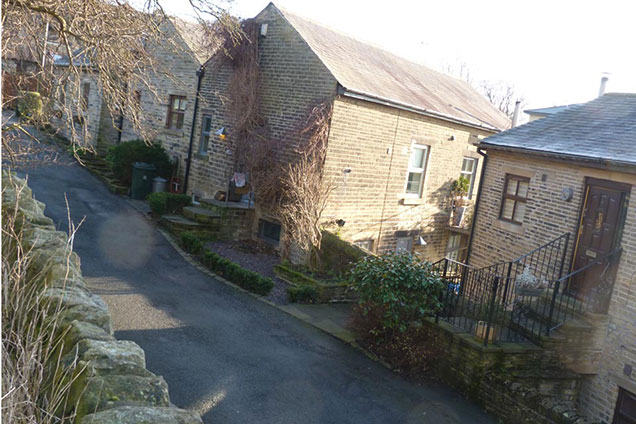