The first public building in Saltaire.

This impressive, classically styled church overlooking the canal was the first public building to be built in Saltaire. It cost Titus Salt £16,000.

He was a life-long Congregationalist who believed that his success was ordained by God. The church was prominently sited opposite the main offices of Salt’s Mill.

He was buried here in 1876, in a classical mausoleum next to the church.  During his funeral procession 100,000 mourners came to pay their respects.

His wife and several of his children are buried in the mausoleum, and it is the only plot of land in Saltaire still owned by the Salt family.

Today it is owned by the United Reformed Church, successors to the Congregationalists. 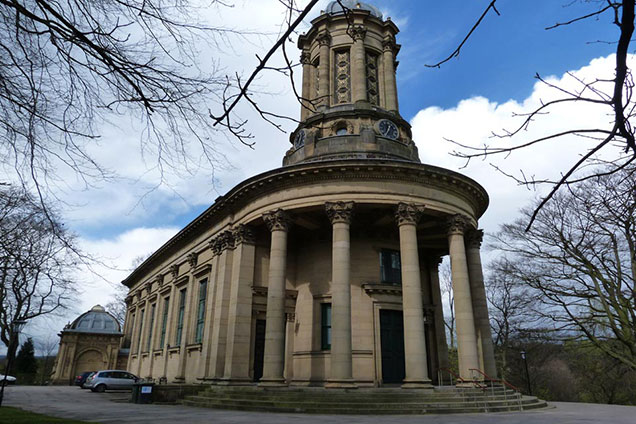 The church seated 600 people and regularly had congregations of 400. 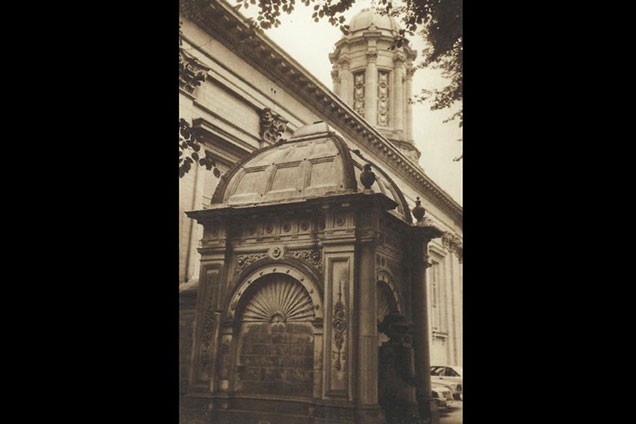 Salt’s family mausoleum, next to the church.