Welcome to the summer edition of Anglers Update. Already this summer we have seen air temperatures rise above 30°C, which is never ideal for keeping fish happy. As temperatures rise, their demand for oxygen increases, while at the same time the amount of oxygen that will dissolve in water reduces.

Wildly fluctuating spring temperatures and long hot dry summers are the stuff of nightmares for most fisheries managers. We all have sleepless nights worrying about fish disease outbreaks and low oxygen levels.

A guide to fish health and preventing disease

The summer period is always the highest risk period for fish disease outbreaks. We have partnered with the Environment Agency to bring you a new series aimed at angling clubs and providing useful advice around fish disease prevention. The most recent article highlights Koi Herpes Virus.

It’s a busy summer on the match fishing front 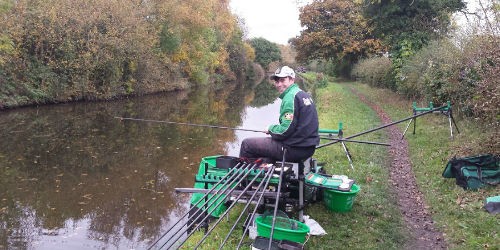 The first heat of the Canal & River Trust/Angling Trust Canal Pairs championships is rapidly approaching and although tickets for two of the qualifiers have sold out, places are still available on the remaining 14 qualifiers.

As part of our new standard angling agreement that many of you are now signed up to, clubs are required to notify us in advance of their planned events. This is not as onerous as it sounds – just complete the simple notification form.

Clubs are also required to send us the results of any matches fished on our waterways for the weekly match results column that we support for this purpose. Results should be emailed to steve.cope@hotmail.com ideally by 8pm on a Sunday evening. If you miss the deadline, your results will appear in later editions of the column. 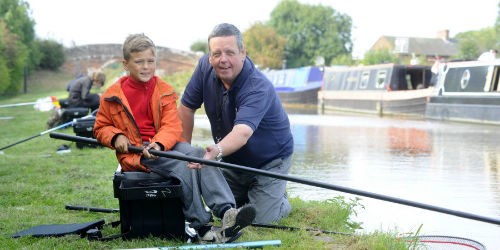 Most of our readers will be accomplished canal anglers already, but for those needing a few tips, or maybe just a reminder of things that might have slipped your mind, we recently teamed up with 2014 canal pairs champion Simon Mottram to produce a series of short instructional videos on a range of fishing topics. An example is the choosing a canal peg video.

How much do you really know about fish and fishing?

Fancy a bit of light hearted fun? We have produced a series of fishing related quizzes to test your knowledge of all things piscatorial. Here’s one on fish species for you to try.

A badly worded sign caused the fisheries team a few headaches recently following a series of complaints from several irate Trust customers. The sign implied that the whole canal was closed. The club’s real intention was to let fellow anglers know that a section had been reserved for a pegged-out competition. To eliminate the possibility of confusion, we strongly recommend that you use the template in our sign of the times blog. Click on the link, scroll down to Advice for angling clubs wanting to inform others of fishing matches and download the template.

Following the autumn call for nominations, we are pleased to report that we have recently made three new appointments including a new chairman, Professor Emeritus Ian Trayer.

David Kent has now stepped down as chairman although he will remain as part of the group as well as continuing in his role as angling representative on our National Council. Look out for further opportunities to get involved with the advisory group in the 2018 recruitment round.

And finally, it’s an honour to announce....

Wakefield Angling Club’s Harry Lodge joins an elite band of fisheries folk including the likes of Mike Heylin, Dick Clegg and Fred Buller, (who have been awarded an honour by the queen. In Harry’s case, it’s just been announced that he has been awarded the British Empire Medal. We caught up with Harry recently.